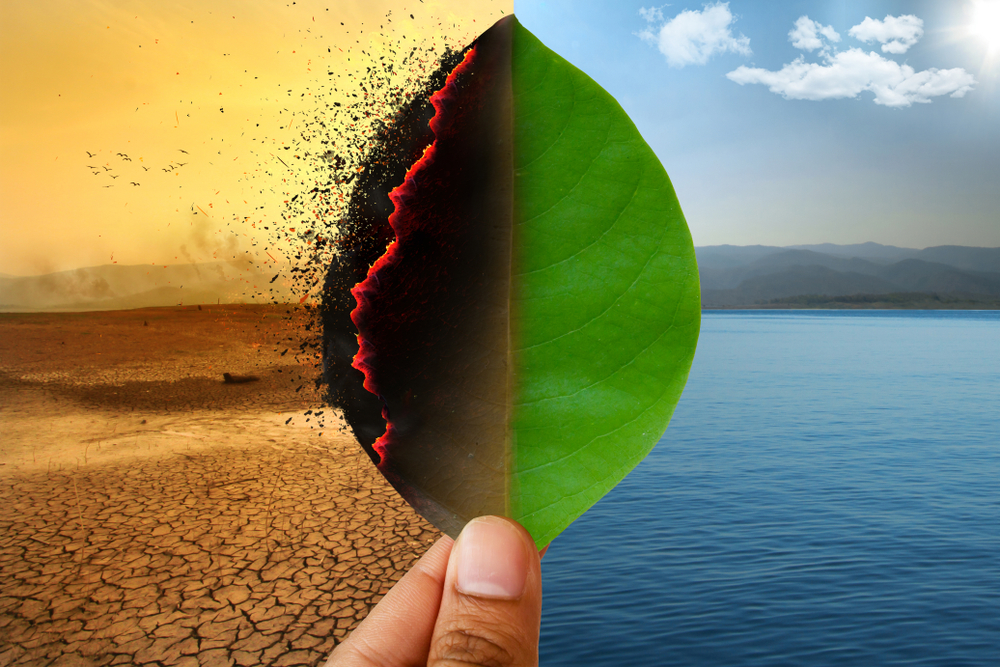 How Many Times Does a River Have to Burn Before It Matters?

When Cleveland’s Cuyahoga caught fire, it was as much about urban blight as environmental crisis.

In the first whispers, which appeared in local newspapers on June 23, 1969, Cleveland’s Cuyahoga River didn’t burn. A floating oil slick did, for only 25 minutes, damaging a couple of train trestles.

In the next telling, which appeared in Time magazine a month later, the heavily polluted river “burst into flames” and “nearly destroyed” the trestles. The photograph accompanying the article showed firefighters frantically spraying down a boat surrounded by flaming water.

The final version played out in the early 1970s, in National Geographic, a watchdog report by Ralph Nader and numerous accounts that credit the fire with helping to jump-start the modern environmental movement. Even The New York Times reportedmuch later that the 1969 fire “led to the creation of the Environmental Protection Agency and to the passage of the Clean Water Act.”

Yet the Cuyahoga River fire’s iconic environmental status is as much a result of burning cities as it is of burning water. Cleveland, like the river flowing through it, was also polluted. Its poorest neighborhoods — which were rife with dirty air, garbage-strewn streets and unhealthy housing — caught fire several times during the long hot summers of the late 1960s, as happened in cities all over the northern United States. And it was Mayor Carl Stokes, the first African-American to lead a major city, who first put the two narratives together.

Cleaning up both the city and the river became imperative. As a New York Times editorial argued, less than a year after the 1969 fire, “these two vital sets of demands are interwoven aspects of the same environmental problem.”

This was far from the first time the Cuyahoga had caught fire. The waterway had burned at least 10 times since 1868. It was hard to keep track. Remember that photograph of the boat surrounded by flaming water in Time? It was actually of a fire in 1952, which the magazine’s editors recycled for the 1969 blaze.

So how did this sadly regular occurrence become so alarming?

The usual story goes something like this: The day after the 1969 fire, Mr. Stokes took a scrum of local reporters on a “pollution tour” of the river. They walked past broken pipes leaking raw sewage, alongside chemical and steel companies whose dumping had turned the river cloudy white and rusty red. The final stop on the tour were those train trestles damaged by the fire.

“There may be some wry humor in the phrase ‘the river is a fire hazard’,” Mr. Stokes told the reporters. But “this is a longstanding condition that must be brought to an end.”

The mayor’s timing was perfect. By the late 1960s not only had residents of Cleveland and its suburbs become more environmentally aware, but so had the nation. Rachel Carson’s publication of “Silent Spring” in 1962 set off public concern, which culminated in the first Earth Day celebration in 1970. Between those book ends, a barrage of environmental disasters — including an oil spill off Santa Barbara, Calif., a few months before the Cuyahoga fire and the accidental poisoning of the Rhine around the same time as the blaze — linked the city’s pollution problems to a burgeoning national and international environmental movement.

The mayor’s connections were also important. One year after the fire, Carl Stokes’s brother, Louis, who represented several Cleveland neighborhoods in Congress, supported a water-pollution bill in the House and used the Cuyahoga River to defend it.

“The rape of the Cuyahoga River has not only made it useless for any purpose other than a dumping place for sewage and industrial waste,” said Representative Stokes before a congressional subcommittee, “but also has had a deleterious effect upon the ecology of one of the Great Lakes.”

The bill passed, and built legislative momentum for both the establishment of the Environmental Protection Agency later that year and the passage of the Clean Water Act in 1972. The Cuyahoga River fire was catalytic, the story goes, because it occurred at the “right” time.

But what about the right place?

At the end of his “pollution tour,” the day after the fire, Mayor Stokes broadened his message. “It’s a terrible reflection on the city,” he said. But when he added that “this is a longstanding condition that must be brought to an end,” he was referring not only to the river, but to Cleveland itself.

In the summer of 1969, the city was a poster child for urban blight. Hometown companies had shuttered, including Standard Oil, which had stopped refining in Cleveland in 1966. Since 1952, 60,000 manufacturing jobs had been lost, along with 125,000 residents, as many white families departed for the suburbs. Abandoned homes lined streets teeming with garbage, which caused a citywide rat infestation. Poverty, frustration and violence flourished, especially in African-American neighborhoods such as Hough and Central — both on Cleveland’s east side, which just three summers prior had gone up in flames during six days of unrest.

Mayor Stokes cared about those fires as well. Having grown up in Central, he understood their connection to the flames that engulfed the Cuyahoga.

It hadn’t always been like this, in the city or on the river. Earlier in the century, a complex of oil-refining industries had grown along the Cuyahoga’s flats, with attendant factories, warehouses and docks. By the early 1930s, two massive steel mills had followed, along with 850,000 workers who had settled nearby in compact working-class neighborhoods.

Cleveland’s political and commercial elites encouraged this economic relationship between the city and its river by dredging, widening and straightening the Cuyahoga. In those days, an oily sheen on the water was seen as a shimmering symbol of Cleveland’s financial fitness.

That’s why the previous fires on the Cuyahoga had mainly raised economic concerns. The New York Times coverage of the 1883 fire was basically a ledger of economic losses. Nearly a dozen oil tanks exploded, and 100,000 barrels went up in flames. The Times lamented that the loss “cannot figure up less than $250,000.” Even the 1952 fire was couched in purely financial terms. “The oil slick menace is bound to affect fire insurance rates,” said an editorial in one local newspaper. “That would be an economic loss.”

Back then it wasn’t the Cuyahoga that Clevelanders worried about. It was the cash.

By the summer of 1969 this was no longer the case. The relationship with the city’s economy and the Cuyahoga had frayed.

“Because so few Clevelanders continued to work and live along the Cuyahoga, they no longer relied on the river as an industrial artery,” said David Stradling, a history professor at the University of Cincinnati and the co-author, with his brother, Richard, of “Where the River Burned: Carl Stokes and the Struggle to Save Cleveland.” “That allowed them to think of the Cuyahoga as a river again.” This reimagining transformed the waterway from a cog in Cleveland’s economic machine into a threatened ecological system.

Similar socioeconomic changes were occurring across the country, in cities like Newark, Detroit and Los Angeles, as well as Omaha, Rochester and Minneapolis. And while rivers in these cities never burned, their poor neighborhoods did, in part because of the same economic and environmental problems that plagued Cleveland.

But such details rarely inform the Cuyahoga fire’s telephone game, which typically ends on a high note. As The Times reported in 2009, the river’s cleanup had actually begun the year before the fire, in 1968, when Cleveland residents voted to tax themselves $100 million to begin restoring the river. Such efforts continued after the fire, when industries along the Cuyahoga chipped in $3.5 billion to reduce sewage and industrial waste flowing into the waterway. The result? Beavers, blue herons, bald eagles and more than 40 species of fish are thriving along the Cuyahoga.

That is reason to celebrate. Hough and Central, however, remain two of the poorest neighborhoods in Ohio.