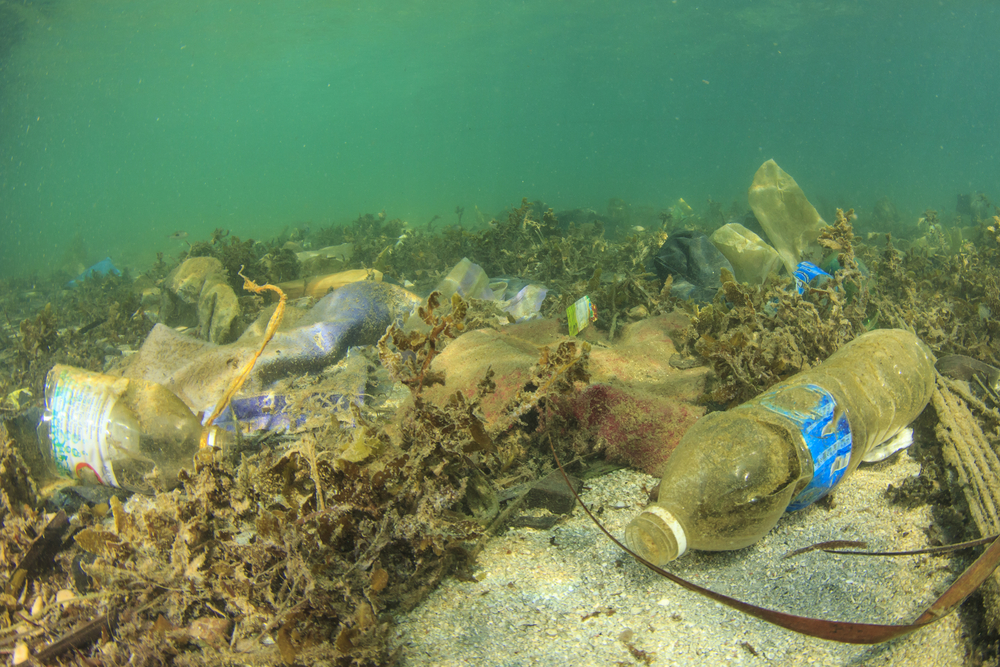 Ghost nets float throughout the world’s oceans. The abandoned fishing gear travels with the currents, trapping marine life along the way, polluting the waters and killing dolphins, sea turtles, and fish. Now a recent haul in the Pacific shows there may be an effective way to pick up this trash relatively rapidly.

A California-based cargo ship called “Kwai” from the non-profit environmental group Ocean Voyages Institute docked on June 18 in a Honolulu, Hawaii harbor with 40 tons of plastics collected from the “Great Pacific Garbage Patch.” The ship set for sea on May 23, searching for ghost nets and consumer plastics that collect in the world’s largest ocean dump, using GPS to track the trash (pdf). According to Hawaii News Now, it was the largest-ever Pacific Ocean cleanup.

The Great Pacific Garbage Patch lies halfway between Hawaii and California. The shifting mass of trash covers an estimated surface area of about 618,000 sq miles (1.6 million sq km), about twice the size of Texas or three times the size of France. Ocean Voyages distributed reusable GPS trackers to mariners over the last year, asking them to leave the devices with ghost nets they encounter. When the institute’s vessel took to the waters last month, the crew tracked their devices. They were able to collect the nets, their reusable tech, and other plastics found en route.

Environmentalists are also using data from these devices to learn more about how trash travels and accumulates. And cleanup crews tend to find a lot more waste where they’ve tracked down a marked net, as plastics travel with the currents.

“From our experience, where we would find one net, we would find more nets,” Mary Crowley, founder of Ocean Voyages Institute, told Hawaii News Now. “The problem with plastic is it just lasts forever. So these nets continue killing marine life until they’re taken out of the ocean.” She called the ghost nets “killing machines.”

Crowley plans to use the institute’s enhanced knowledge in another massive cleanup mission that is planned for next year and will last three months. Each of these GPS devices that the institute distributes costs about $1,600. The nonprofit is hoping to be able to purchase 150 more of them to distribute to seafarers this year ahead of the group’s 2020 cleanup, which she hopes will yield many more tons of trash.

As for the waste collected on these voyages, it’s not going to a landfill or garbage dump. Crowley says it will all be repurposed to ensure none of it ends up back in the ocean where it was found. The vast majority of the 40 tons of plastics that landed in Hawaii will be delivered to H-Power, the Honolulu Program of Waste Energy Recovery, which converts garbage into electricity that is then sold to Hawaiian Electric and distributed to local consumers.