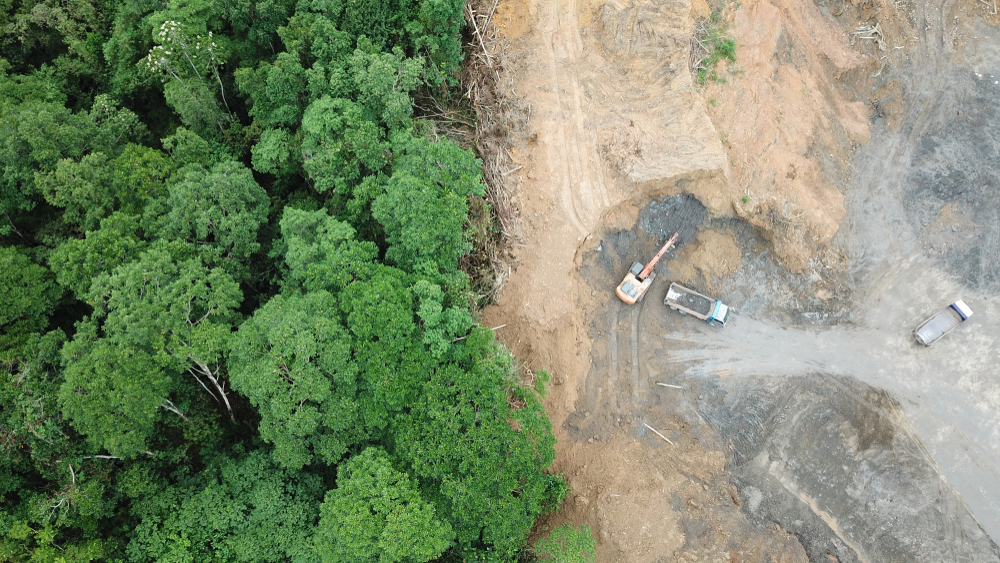 Deforestation and Climate Change Could Split the Amazon Rainforest in Two, Study Finds

When I worry about the Amazon Rainforest, I typically worry about deforestation. Maybe I should start worrying about climate change, too. A new study out Monday shows that climate change plus deforestation equals disaster for the Amazon: The average number of tree species present in a given patch of rainforest could decline by up to 58 percent by 2050. What’s more, all the human-induced destruction may wind up effectively dividing the Amazon into two separate forests, one of which would be “severely fragmented.”

Published in Nature Climate Change, the study reminds us how fragile the world’s largest rainforest is. Since 1970, it’s lost nearly 20 percent of its tree cover, according to Mongabay. Just last month, the Brazilian Amazon saw a spike in deforestation rates. And while deforestation alone is obviously destructive, climate change is making matters worse by warming and drying the rainforest, making parts of it unsuitable for the species that call it home.

“The impacts of deforestation are local. We can see clearly the area we are impacting,” said author Vitor Gomes, an environmental scientist at the Federal University of Pará in Brazil, to Earther. “Climate change may impact the wholearea. Climate will be changing all over the forest area.”

The authors from Brazil and the Netherlands modeled how roughly 5,000 Amazon tree species—about a quarter of the total species in the rainforest but the only ones with enough data to study—would react to a range of climate change scenarios ranked from better to worse, along with a couple of deforestation scenarios based on historical rates. In a worst-case climate where we continue with business as usual carbon emissions and deforestation, nearly half of Amazon tree species could become threatened by 2050 under the International Union for Conservation of Nature, according to the study.

The Amazon is vast, though, and different parts will see different levels of change under the model the team used. The southwestern, southern, and eastern portions of the Amazon will feel the coupled effects of climate change and deforestation most drastically. By 2050, Eastern Amazonia, for instance, may lose 95 percent of its forest.

In the worst-case scenario, the models show the Amazon Rainforest splitting in half by 2050. One portion would be left with just over half of its original area to the northwest; the other portion would sit to the southeast seriously torn up and unable to support as many tree species as its neighbor to the north. The northern section would see nearly double the number of tree species in every 4 square miles compared with its more depleted neighbor to the south.

“For biodiversity, this could be terrible,” Gomes told Earther.

Ultimately, this study is about more than trees. It’s about the health of an ecosystem that’s home to at least 10 percent of the world’s known biodiversity. It’s about animals and, well, the people that depend on all this to function properly. The levels of tree diversity loss projected in this study definitely harm the wildlife that relies on these trees for habitat or food. That, in turn, would hinder the ability of local indigenous people to survive in the forest.

We don’t have to lose it all, though. The authors suggest creating more protected areas, which in their models saw higher biodiversity than non-protected areas. The Amazon deserves all the solutions we can dream up.