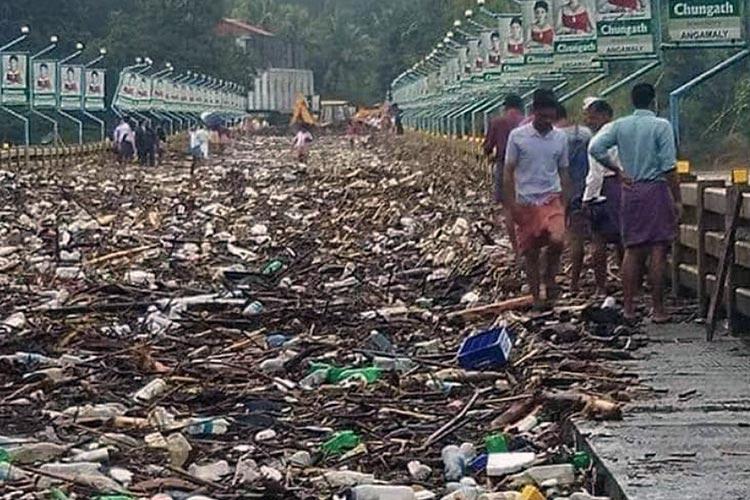 In Kalady, where a video of plastic and debris being dumped back into the river from a bridge became viral on social media, the waste generated is overwhelming, says officials. 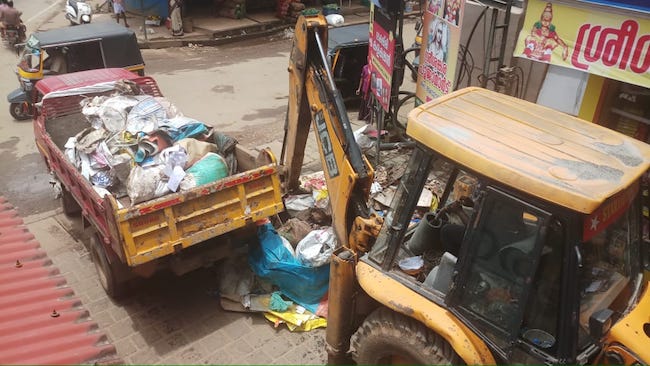 The rains may have stopped, and the water levels are slowly receding from flood-hit areas of Kerala, but residents, and authorities have another uphill battle – the disposal of waste. The flood waters have left behind tonnes of solid and liquid waste, not to mention silt, in towns and villages across the state and clearing them is a mammoth task, say municipal officials.
At Kalady village in Ernakulam, where a viral video of plastic waste collected on a bridge being dumped back into the river was shared on social media, the situation is serious.According to Tulasi, the Preside of Kalady village panchayat, waste is being collected in tonnes and authorities expect more waste in the coming weeks as people clean homes, shops and other places. Most of this waste is plastic, she says.

“We have been seeing a lot of plastic piling up in Kalady. At this point, we are not even thinking about waste segregation as there’s so much waste to be cleared and we are collecting them in a tipper lorry and dumping them in empty plots of earth,” said Tulasi, Panchayat President of Kalady.

The town is also seeing paper, sewage and other waste items pending disposal. 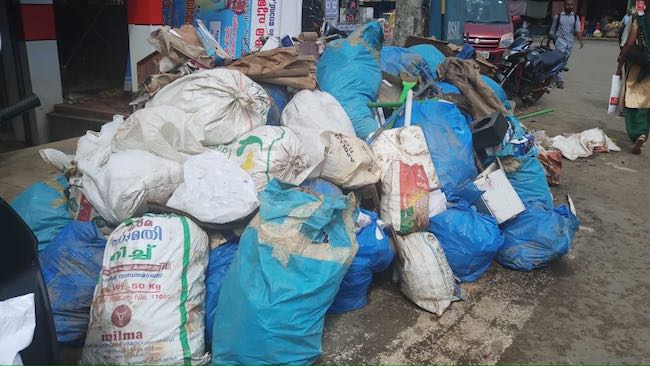 “Waste generated includes paper, plastic covers, some e-waste, sewage and dirt from houses, spoilt ration items such as rice, vegetable like beans, onions, pulses etc that were stocked up for Onam. We are burying many of these items and burning paper waste and adding a bio compost chemical now,” she added.

With regards to e-waste, Tulasi said that not much has been identified as residents and shops will only dispose them off after claiming insurance or trying to fix them.

“Even the garment stores haven’t disposed off their stock as they will be claiming insurance to their damaged property,” Tulasi added.

Authorities in Kalady are, however, finding it hard to identify land for burying the waste. 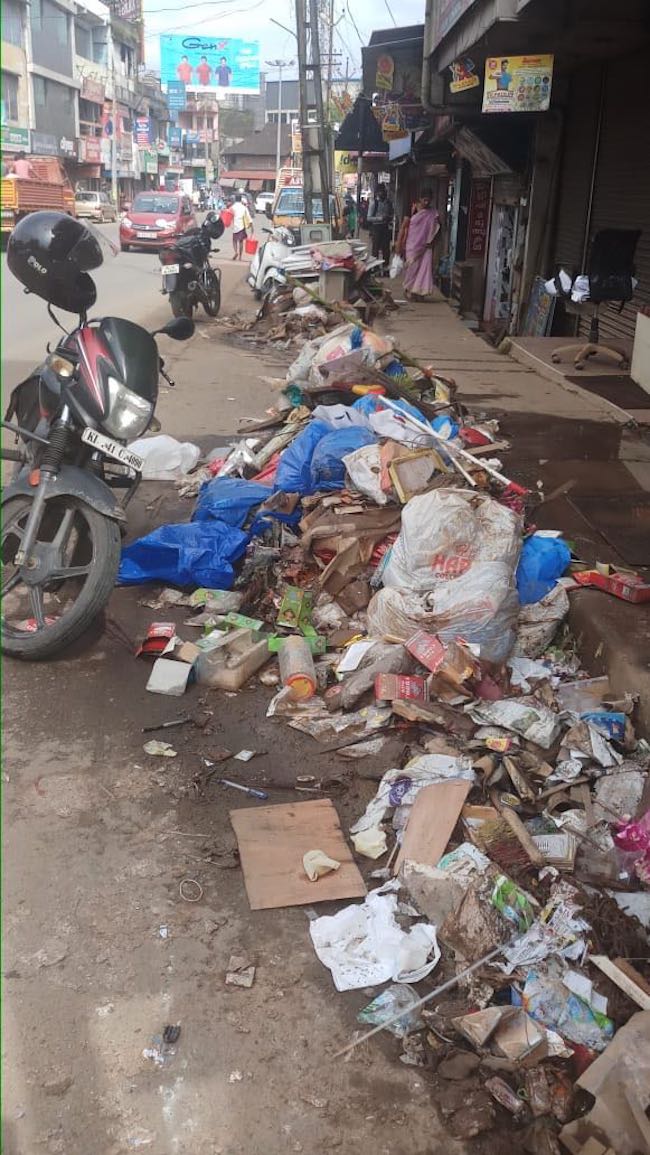 “We have identified four-and-a-half acres now that somebody has donated and we are checking it,” the President added.

In Ranni, the worst-hit town of Pathanamthitta which was entirely submerged in the floods, waste disposal is being reportedly carried out in a more organised manner.

Speaking to TNM, Radhakrishnan, Ranni’s Tahsildar said that the plastics are being segregated and collected while biodegradable items are being buried.

“The main waste here is the dirt and silt on the roads here. Collecting this with JCB’s, the silt is scooped and deposited inside pits or in forested areas or rubber orchards allowed by the authorities. Clothes too are being disposed by burning them. Rice and other ration items are buried in pits in the land allocated by the panchayat,” he said.

Alappuzha Collector Suhas S stated that the district collectors were discussing how to undertake waste segregation and disposal in their respective areas.

“Plastics are being segregated in camps now. We are collecting about 2 lakh litres of sewage every day in tanker lorries and transporting them to a private sewage treatment plant that we had taken on rent. This was done based on the Disaster Management Act and the plant is now purifying the sewage to make it fit for disposal.” he said.

Sand and mud are being locally disposed and deposited in pits. As for the plastic, the collector said that the PWD will be using it for road repair works in the state.