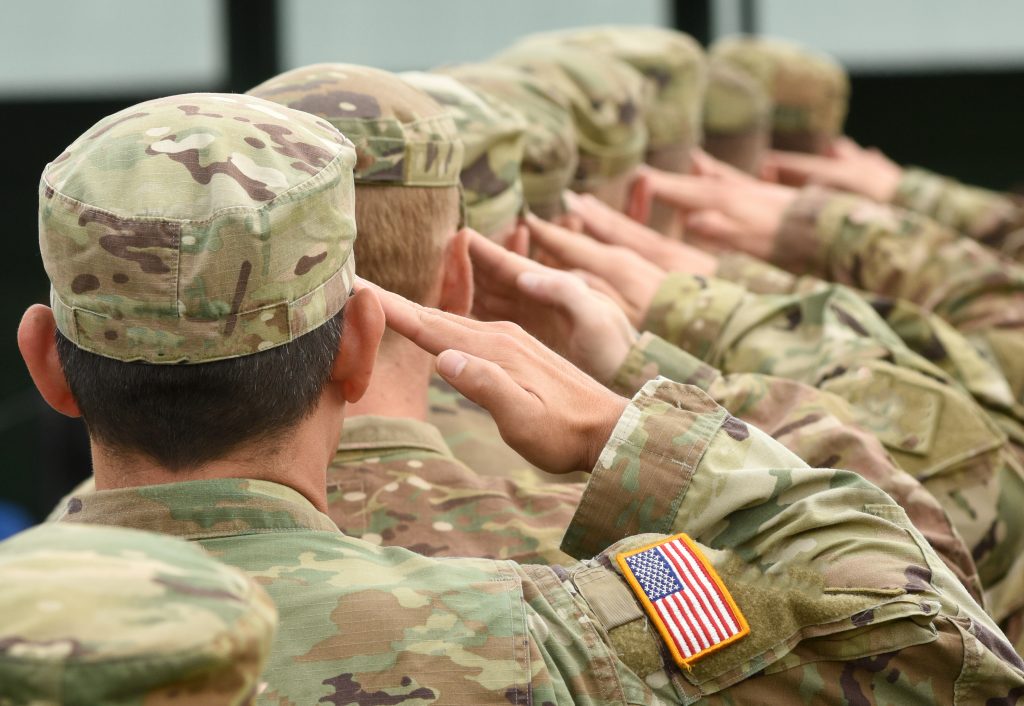 Fort Hood units banded together this week with one common goal – clean up the installation.

“There are 760 debris piles that are throughout the training area. Some are concertina wire, some could be old mattresses, old wood, old engineer stakes,” explained Fort Hood Garrison Command Sgt. Maj. Byron C. Larsen. “What we’re doing is, we’re policing that all up now, bringing it back here and then recycling it.”

“These Soldiers are all working real hard out here, working to clean up the training areas, as well as we’re also policing up the cantonment area,” Larsen said.

Larsen spearheaded the cleanup process, predetermining where each unit will be assigned. Through the efforts of Fort Hood Range Operations, areas were marked on a map, with coordinates pointing to the exact location of debris, which is named on the map.

“We have predetermined coordinates where trash was found, so it’s not like they’re just walking around in the field looking for a bottle,” explained Jim Imhoff, engineering technician with the Directorate of Public Works. “They know what they’re looking for and where it’s located.”

After their vehicle is full, the units bring the collected items to the collection point, located at the corner of Clear Creek Drive and Turkey Run Road. DPW has set up large bins to organize the items brought in from the cleanup process. Bins include heavy metal, concertina wire, cardboard, plastic, aluminum, wooden furniture and trash.

“The hardest part is getting people to do the right thing,” Imhoff said about the large amounts of litter. “They don’t want to do it the right way, so they just go throw it in the training area range.”

“The more the amount of trash, it could lead to a mandatory court appearance in federal court,” Langford added. “And the federal judge doesn’t treat them too nice.”

Besides the illegal dumping, Langford said there’s a lot of trash and debris in the training areas which could harm the local wildlife.

“The spring and fall cleanup helps to remove all the trash and debris in the training area so that the cattle that are grazing and the other wildlife aren’t eating plastic bottles, cans and things of that nature that could cause them to die,” he explained.

As Soldiers are cleaning up debris post-wide, Fort Hood’s range operations is busy cutting trails for fire breaks as well as conducting controlled burns in order to reduce the chance of fire getting out of control.

“The fire breaks and controlled burns keep fires from getting out of control. When the grass is tall, it’s more likely to spread, so they keep it low,” explained Mike Thomas, range operations specialist.

Imhoff said units may come across items they’re not sure what to do with – if it’s just trash or can be recycled. He said he will go to the units, help separate items and explain to Soldiers exactly where to take everything and discuss they can use the Fort Hood Recycle free app, available for download, which tells how to recycle or dispose of items.

“You name it, we’ve found it,” explained Michael Bush, program manager for Fort Hood Recycle. “If they did the right thing, we might not have to do a clean-up at all.”