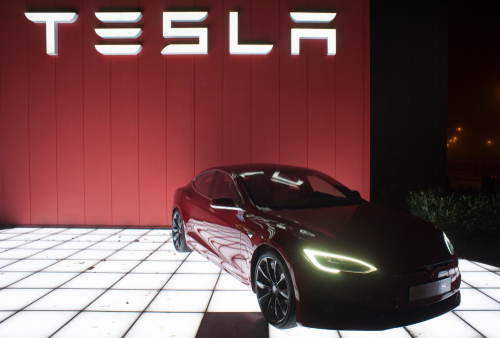 Tesla Is Doing Much Better Than Headlines Suggest

esla and Elon Musk are having a terrible time getting basic, neutral, balanced press coverage. Tesla has achieved enormous results in ramping up its Model 3 production faster than almost any new model car in history. The company is massively outselling its competitors in North America and Europe. It still has hundreds of thousands of $1,000 pre-orders for the Tesla Model 3 (more than any car in history). And now NHTSA testing shows that the #1, #2 and #3 cars with the lowest likelihood of injury in a collision are the Tesla Models 3, X and S in that order.

Teslas continue to win raves from teardown analysts and test drivers. Its autonomous features continue to outperform those of other production vehicles, its market capitalization is 10 times what it was five years ago, and the Model 3 itself is on track to become the fifth or sixth best-selling car in the USA of any make, model, or price point. In a normal world, this string of successes would lead to incredibly positive coverage.

But this isn’t a normal world. Media outlets of all types are disproportionately covering every negative story, distorting the narrative around neutral stories and reporting any rumor about Elon Musk they can find. As the chart shows, news sentiment is often negative despite incredibly positive results. It doesn’t take much reading of Musk’s actual tweets or Tesla’s actual results to see the massive disparity between how Tesla and Musk are portrayed and what they are actually doing.

Why is the media getting Tesla and Musk so wrong right now? There are three major problems which have led to this situation:

PR campaigns attacking electric cars, funded by the Koch brothers and other elements of the fossil fuel industry
PR campaigns attacking Tesla, funded by firms which are shorting TSLA stock
Media revenue, cost, and competition challenges
The Koch Brothers
During 2015, their network of fossil-fuel CEOs worked together create and fund an advocacy organization with $10 million USD in February of 2016. The organization launched in August of 2016 as Fueling U.S. Forward.

One of the two primaries in the group, James Mahoney, is a Koch company board member, has been a Koch Industries executive for over 20 years, and is a long-time confidant of the billionaire brothers. The other, Charlie Drevna, is a long-term lobbyist for the fossil-fuel industry, with positions as Distinguished Senior Fellow at the Institute for Energy Research and as a board member of the American Fuel & Petrochemical Manufacturers.

This is not a particularly surprising development, as the Koch Brothers and their network have been funding disinformation campaigns for decades. They have been funding legislation-twisting groups, Libertarian think tanks, and climate-change denial groups in order to advance their vision of the USA and the world. While they talk about liberty and freedom, oddly, everything they do directly aids Koch Industries’ bottom line. As one of the two largest privately held firms in the USA, it’s a big bottom line. Koch Industries reportedly generates $115 billion in annual revenue.

Media companies are desperate for content, desperate for sources, desperate for breaking news, and desperate for headlines that sell eyeballs.
The Koch Brothers’ efforts included targeted events in black evangelical communities, documented extensively in the New York Times. They have also purchased articles and YouTube videos designed to spread disinformation. Some in the electric vehicle and cleantech-oriented press (as well as watchdog groups such as DeSmog Blog) have spent a fair amount of time documenting the disinformation.

Fueling U.S. Forward lasted for a little over a year, shutting down in October of 2017, but Koch-funded attacks on electric vehicles continue through Koch network-affiliated think tanks like the Institute for Energy Research, its sister organization the American Energy Alliance, and political advocacy groups like Americans for Prosperity. These groups have been funding global anti-renewables and climate-change disinformation campaigns. Their money washes up in the books of Australian right-wing lobbying groups such as the Institute of Public Affairs (IPA).

These are sophisticated and connected PR organizations seeking to insert their vision of reality into media outlets of all types.

What About TSLA Shorters?

In April of 2018, TSLA became the most shorted stock in the USA, with almost $12 billion in short positions held by investors.

These shorters have a ton of money invested and they keep losing it. What does this have to do with media outlets that disparage Tesla? A report, What to Do When Short-Sellers Attack, from an organization devoted to the PR industry has some good insights:

‘Short sellers have historically been some of the savviest media folk around,’ says Elliot Sloane, president of New York’s Sloane & Company. ‘They are always willing to speak to the press and will be very clear about their convictions on a certain company. This is quite different from the traditional large-cap buy side players like Fidelity, which have rules about not promoting their portfolio holdings. The shorts understand the demands of the press and know how to work the system.’

Adds Ferris, ‘Certain members of the media have made a heyday with professional shorts, and have been used by certain short selling firms to help them feather their nests. The pros are most adept at working their perspectives into stories, or generating stories. After all, they know that a negative story, or one with negative or questioning overtones, often has a deleterious effect on market price, and properly timed, can create a windfall for the short seller.’

Business Insider and Seeking Alpha are both business- and investment-oriented sites with a strong anti-Tesla bias in their reporting. And one of the most prominent Tesla-bashers at Business Insider has been clear about her relationship with one of the strongest of the Tesla shorters.

But Why Are the Media Falling for It?

This is the internet age. Anyone who reads this is reading it on a screen of some sort. Legacy media is being gutted. Newspaper after newspaper is folding, most recently the renowned Village Voice. Media companies have successfully and unsuccessfully attempted to shift to non-paper formats, pitting them against new competitors who have no legacy print costs. All advertisers went to Google. The 2008 economic downturn was a death knell for the media industry. Now, legacy publishers are competing with clickbait, listicle, and aggregator sites. They’re competing with Facebook, YouTube, and Medium. They’re competing with CNN, MSNBC, and Fox News.

Anything with Tesla or Musk in the headline is likely to perform better than average.

The bean counters are quite reasonably trying to keep their businesses afloat. And that means aggressive and sophisticated PR campaigns have fertile soil in which to sow disinformation. Media companies are desperate for content, desperate for sources, desperate for breaking news, and desperate for headlines that sell eyeballs.

Tesla and Musk are big eyeball grabbers. They have been for five years, as this Google Trends graph shows. One publisher I work with regularly told me, anecdotally, that anything with Tesla or Musk in the headline is likely to perform better than average.

There is also the old and well-proven adage: If it bleeds it leads. While headlines about shorters losing billions lighten my mornings, they’re still negative headlines. In our 24/7/365 news cycle, it’s necessary for media to fill the headlines and airwaves with something. Fear, uncertainty, and doubt sell better than sunshine and puppies.

As one tiny example of how little critical thinking goes into modern newsmaking, I recently spent some time reviewing a series of articles on magnesite as a CO2-sequestration mineral. A geochemistry conference’s PR group had done a press release about a presentation by a Canadian researcher. They’d sent it to useful media outlets and aggregator sites. It made 25 sites or so, which isn’t bad for a nerdy science scoop.

But virtually none of the sites put the effort in context. The vast majority just pushed the content as they received it. Few reached out to the study’s author for additional insight. Those that edited the press release merely wrote a few words around direct quotes. They all repeated the original press release’s false overstatement.

It was sloppy, disheartening journalism by websites devoted to science journalism about global warming, one of the most important topics facing us today.

And so, here we are. Two groups with billions at stake are pouring money into disinformation campaigns at a time when media is facing the 20th year of an existential crisis. Well-funded PR machines are taking advantage of the vulnerabilities of the press, and Tesla and Elon Musk are at the intersection of their attacks.

This is part of the reason why taking Tesla private would have been a good idea. That would have eliminated shorters’ motivation to continue to attack. Unfortunately, this trio of issues — PR manipulators, shorters, and a media industry crisis — will continue to deliver bad press on a regular basis now that Musk and the Tesla board have decided to keep Tesla public.