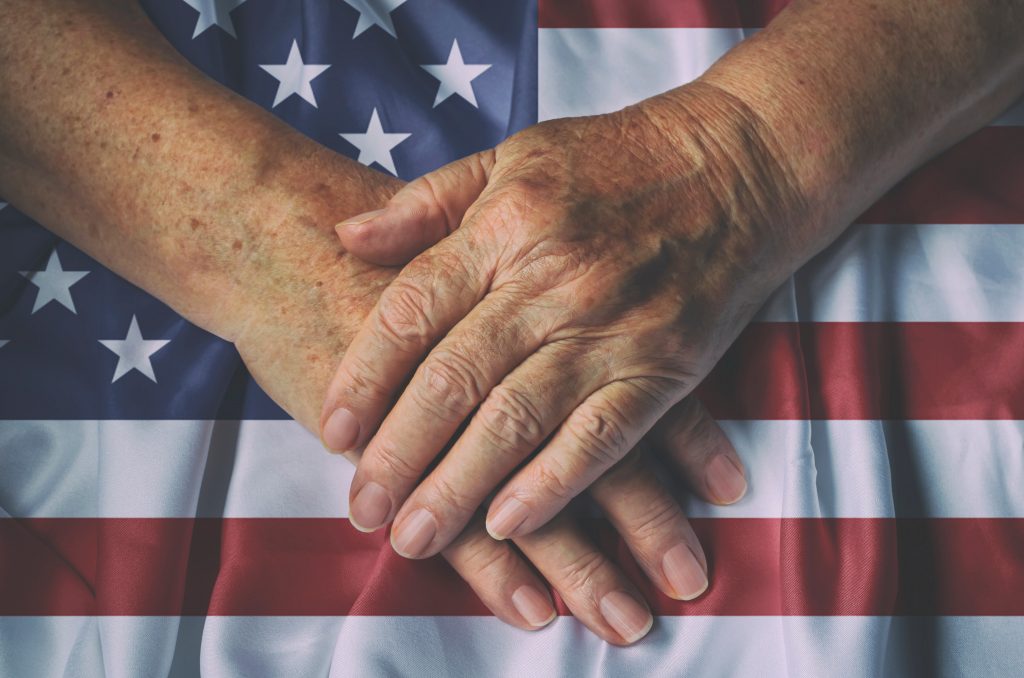 This Art Exhibit Hopes to Change the Stigmas Against Veterans

“Vicarious” will feature artists who are veterans or are exploring the veteran experience through avenues including sculpture, charcoal drawings, a documentary and a virtual reality experience.

“Damaged Bone Series,” 2003, by Michael Aschenbrenner. It’s made of glass and steel.
Courtesy of Elder Gallery of Contemporary Art

The goal, Pfeiffer said, is to create empathy, not sympathy, by encouraging uncomfortable conversations among those who attend the show. The idea for the show started before she took full ownership of the gallery last spring, when she met with San Francisco artist Dan Bayless.

“He was working on a brand new series where he was sitting down with veterans who were trying to readjust to life outside of the military,” Pfeiffer said. “He felt as though this was an experience he couldn’t identify with, but he wanted to understand.”

His commitment to exploring the combat veteran experience aligns with what Pfeiffer has said she wants to do with the gallery: Use art as an avenue for discussion on divisive topics.

“I think we can take these uncomfortable situations or topics and use something like art to talk about it in a non-threatening way,” she said.

The show will aim to do this by including artists both with and without the veteran experience, and by hosting events throughout November. Most of the art pieces will be on display through Jan. 5.

These includes Bayless’ portraits of combat vets, which he said he had been thinking about for several years before making the jump, after speaking with Pfeiffer. His background is in jewelry making and painting in several styles. But this series, he said, is his most emotional.

“You hear their stories and if you’re at all empathetic, it’s difficult to not absorb some of that,” he said. “You see that the heroic part of it isn’t just when they’re in combat, it’s also when they come back and they’re trying to put their lives together.”

Empathy is the common thread, but the virtual reality experience being created by Wheelhouse Media and Think Broader foundation especially focuses on this. Because of the equipment necessary for this piece, it will be on display only on specific days.

The piece will take viewers through a three-minute, day-in-the-life of a former combat veteran who has lost his legs. The idea is to not only show gallery-goers the challenges associated with amputation, but to show the dignity in developing a new normal, said director and Wheelhouse Media co-founder John Allred.

The work is based on the experiences of local veteran Dale Beatty, who helped conceive the film but died this year. Allred said the piece begins with footage from the actual explosion that took Beatty’s legs, before moving into everyday challenges, like getting a mug from the top shelf in a kitchen or going to the bathroom.

Paula Kranz Broadwell, CEO and co-founder of Think Broader and a veteran, said she and Wheelhouse Media have partnered for a series of empathetic videos, and that research suggests these can help bridge gaps in understanding.

“We tend to think of wounded warriors as damaged goods, but they can overcome and have a strong sense of resilience,” she said. “We try to focus on the positive in the video.”

One example is Wil Bosbyshell, a Charlotte-based artist and veteran, who will show several works from his “Weight” series, a collection of 6-foot-tall charcoal drawings depicting women carrying boulders — societal expectations, he said.

His inspiration came during the 2008 financial crisis and after the birth of his child, he said. Bosbyshell said he noticed that people, particularly women, seemed to be dealing disproportionately with pressure. It’s not directly representative of his military service, he said, but his experiences influenced the series.

“I think veterans get pigeonholed in society; we stick them in one thing,” Bosbyshell said. “So we should always be stuck in that time in the military and depicting boots or combat situations. I’m an artist who is a veteran, but I’m past that.”

Other combat veterans’ artwork depicts the healing process they went through as they returned home and dealt with post-traumatic stress: Four different artists created work through CreatiVets, a nonprofit that helps veterans work through emotions using art and songwriting.

“We try to find veterans that have not experimented with arts and music,” said Garrett Augustyn, CreatiVets art director. “The thought to make art or express yourself visually doesn’t always come to mind, but when it does, it helps.”

Also included is California artist Michael Aschenbrenner, a Vietnam veteran who works with glass to create broken bones, a direct correlation with his time as a medical field technician during the war.

A documentary about Charlotte-based Navy veteran Mary Wilson’s challenges in returning to civilian life, created by Susie Films, will be shown at the gallery. Then it will be donated to Veterans Bridge Home to use; it’s a network that helps connect vets with services, from help finding housing to mental health services. Pfeiffer said a portion of the gallery proceeds will also be donated to the nonprofit.

Pfeiffer hopes people leave the exhibition with a new understanding of veterans.

“It’s easy to be in a space and look at something, but it’s much harder to walk out on that space and act on that,” she said. “That’s my hope: that it encourages dialogue, that it encourages asking questions, it encourages this sense of pausing and sitting with things that are uncomfortable and finding a way to sensitively navigate that.”

Nov. 1: Opening 6-8 p.m.; free; includes remarks from artists, premiere of the documentary, and the VR experience.