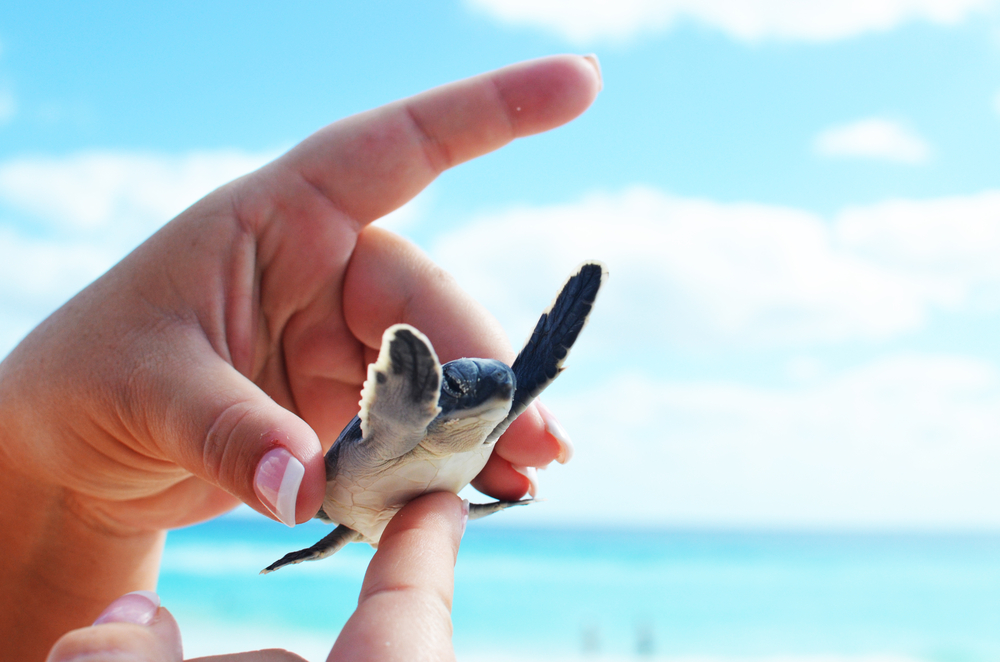 Plastic pollution in the ocean is a growing threat to the survival of sea turtles, endangering the life cycle of these ancient marine globetrotters, according to a new study.

Researchers found startling amounts of plastic in the bodies of nearly 100 sea turtle hatchlings that washed ashore on the Florida coast, including tiny “micronized” bits that small animals can easily ingest. More than half of these hatchlings died during rehabilitation, a team reported recently in Environmental Science & Technology.

Baby sea turtles spend their formative years drifting through life, clinging to large masses of seaweed for shelter and snacking on floating food for survival.

“They’re pretty non-discriminatory with what they’re eating at this life stage. They eat whatever floats past them,” said Samantha Clark, a veterinary technician at the Loggerhead Marinelife Center in Juno Beach, Florida, co-author of the study.

Researchers from the LMC and the University of Georgia used a recent rescue project to examine what small sea turtles were eating. They recovered 96 post-hatchling and juvenile sea turtles from a 75-mile strip of the coast between Vero Beach and Lake Worth, Florida, from July of 2015 to November of 2016. They rehabilitated and released 45 turtles, all of which passed plastic through their bodies while in the lab.

The team then examined the gut contents of 27 of the turtles that died, nearly all of which had plastic fragments in their stomachs. To identify the types of plastic, LMC scientists sent remains to the University of Georgia, where researchers used laser-equipped microscopes to chemically identify and geometrically scan the pieces.

The scientists found that more than three-quarters of the larger plastic bits originated from single-use plastics. Polyethylene and polypropylene accounted for most of these ingested plastics, which are used ubiquitously in our daily lives to package everything from medical devices to fast food.

The study also revealed countless microscopic and nanoscopic plastic particles in the sea turtles’ gastrointestinal tracts. The combined load of all plastic pieces most likely led to blockages or nutritional shortages in the turtles that died, the scientists state.

With plastic now considered the most common form of marine debris, these findings show that consumer plastic waste products are jeopardizing the future of these transatlantic migrators.

“It’s not a question of if they have it, it’s how much they have,” said veterinarian Charles Manire, director of research and rehabilitation at LMC and co-author of the study.

Plastic disintegrates and degrades in the ocean from sun exposure and natural currents. “Plastic really never goes away. It just breaks down into smaller and smaller pieces,” Clark said.

Plastic in a baby sea turtle’s diet leads to physical burdens that affect nutrient absorption and gut function in the developing animals. This study was the first to demonstrate that sea turtle hatchlings are ingesting increasingly smaller pieces of plastic.

“Twenty-five years ago we would occasionally see a little bit of plastic in some of the smallest turtles,” Manire said. “Now, essentially, 100 percent of them have it.”

The results are “surprising and disturbing,” said Qamar Schuyler, a research scientist and marine debris specialist at the Commonwealth Scientific and Industrial Research Organisation in Canberra, Australia, who wasn’t involved in the study.

“The study looks extremely thorough,” Schuyler said. “These are really young turtles, and it was surprising to see the number of particles that they found in them.”