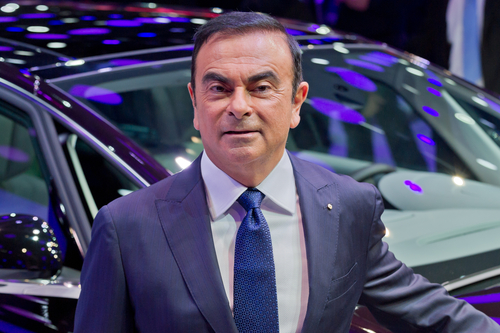 Former Nissan chairman Carlos Ghosn has been re-arrested on fresh charges, Japanese media report, dashing any hopes he could be released on bail.

Mr Ghosn has spent the last month in prison, accused of misusing funds and hiding more than $40m (£31m) of income.

But on Thursday a court rejected a request by the prosecution to extend his detention, which meant he could apply to be released on bail.

Friday’s arrest is on a new charge of aggravated breach of trust.

According to Japanese broadcaster NHK, prosecutors now accuse Mr Ghosn of shifting a private investment loss of over $16m onto Nissan in the wake of the 2008 financial crisis.

A towering and revered figure in the auto industry, Mr Ghosn has not yet responded to the latest allegation – but he has consistently denied all prior accusations made against him.

He was first arrested in Tokyo in November as allegations of financial misconduct surfaced.

The BBC’s Mariko Oi says that ever since Carlos Ghosn stepped off his private jet only to be taken into police custody, the case has gripped Japan with speculation rife over what could be behind such a stunning fall from grace.

The case has been highly unusual – not least for a high profile chief executive to be spending time in jail – but also because of its legal twists such as yesterday’s when the court rejected an application to extend his detention, our reporter adds.

If found guilty of the financial misconduct charges he could face up to 10 years in prison as well as a fine of up to 700m Japanese yen ($6.2m; £4.9m), according to Japanese regulators.

This latest move means he will remain in prison so prosecutors can question him further.

Mr Ghosn’s detention has also put into doubt the future of the Alliance – a global car manufacturing group that includes Renault, Nissan and Mitsubishi.

Nissan and Mitsubishi both sacked Mr Ghosn as chairman after his arrest last month.

But Renault has held off, choosing instead to appoint a temporary deputy chief executive to take over the running of the firm.

Who is Carlos Ghosn?