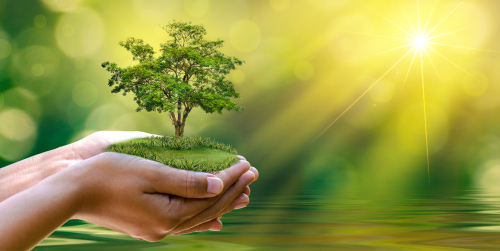 Our environment is for life, not just for Christmas

Fiona Gomersall on ecological damage caused by Christmas trees, Rachel Kennerley on richer nations bearing the greatest burden, Sandy Irvine on population pressures and John Hobson on a carbon-added tax. Plus letters from Daniel Scharf, and Dr Stephen Brien of the Legatum Institute

Your article about which Christmas trees to buy (Fake or real: which ones look best – and won’t cost the Earth?, 8 December) failed to make some important points that need seriously considering if all environmental consequences are to be taken into account when making an informed decision about choice of tree.

In the uplands of south-west Shropshire, Christmas trees are grown on increasingly shrinking moorland habitat, home to threatened and severely declining species like curlew, snipe, kestrel and barn owl. Your photograph showed a Christmas tree plantation on heather moorland, which proves my point. Heathland, one of the UKs priority habitats and home to many iconic species, has declined by as much as 90% over the last 200 years.

The insecticides sprayed on most Christmas trees against leaf-damaging aphids are washed into watercourses, where they not only contaminate potential drinking water but poison invertebrates in streams and rivers. Residues of these chemicals will later pollute the internal environment of the home, along with the antifreeze sprayed on the trees so they retain their leaves.

Many of the trees grown in Shropshire and surrounding counties are transported to London for sale so that a large carbon footprint is added to the already burgeoning environmental cost.

Due to these pollution and habitat issues we have in Shropshire and elsewhere, I welcomed the news that this is the year of the artificial Christmas tree. Plastic trees are not really the answer, though. The suggestion for growing your own tree in a pot is by far the best choice and, failing that, decoration of a collection of branches from any tree can be a stunning alternative.
Fiona Gomersall
Ecologist, Shropshire

• The uncomfortable truth about the climate talks taking place in Poland is what isn’t being discussed (‘We’re running out of time’: UN chief’s dash to climate summit, 13 December). A new report about paying our fair share of the climate change debt compares the amount of money and effort going into combating the problem to the quantity of greenhouse gas pollution each country emits now and historically, and the ability of countries and people to respond. Something important is being side-lined, though: richer nations must cough up more.

Asking poorer countries to pay for problems that they didn’t cause – and that they are now bearing the brunt of – means climate breakdown is disproportionately affecting those who are the least responsible. After all, the poorest half of the world receives less than one tenth of the total global income, and generates virtually no emissions.

Until countries pay their fair share, we will fail to contain global temperature rises. We still have time – just – to reverse the worst effects of climate chaos. Now that we know that the cost of ignoring the problem is literally species-ending, isn’t it time to pay up, and do it fairly?
Rachel Kennerley
Climate campaigner, Friends of the Earth

• The 100 academics and others who signed the letter (10 December) about the all too real danger of an “environmental catastrophe” are undoubtedly erudite. But, apparently, they cannot see the significance of human numbers in the crisis. Thus their letter completely ignores population growth. This year, the human impact on the planet will be further aggravated by the addition of some 83 million to the rightly named human race. Sir David Attenborough has been much criticised in some circles for his “softly softly” approach. But at least he had the insight and courage to state unequivocally that “all our environmental problems become easier to solve with fewer people, and harder – and ultimately impossible – to solve with ever more people.” Some 42% of all births are estimated to be unwanted: that would be a good place to start. It would not only reduce unsustainable pressure on environmental systems but also create better lives for many women.
Sandy Irvine
Newcastle Green party

• At the end of his opinion piece (Our era lacks gravitas. That’s why we cannot deal with crisis, 8 December), Ian Jack identified our problem as being obsessed with money when it should be temperature or some other parameter of global warming. We can make a start on this in a painless and cost-free manner. We simply have to replace VAT with CAT, carbon-added tax. Activities are taxed according to the incremental amount of carbon they add to the atmosphere. Since most of this will come from the use of fossil fuels, it will actually be relatively easy to keep track of. . The rate of CAT can be sent so that the money take for the government is equal to that of VAT but it will reward those who purchase goods and engage in activities with a low carbon footprint.
John Hobson
Devizes, Wiltshire

• Ian Jack is right to be asking for the media to provide information about climate change, but wrong to say that comparisons with 20 years before would be necessary. In the case of parts per million of CO2 in the atmosphere, the safe level is said to be around 350 parts per million (ppm) and the current measure is 400ppm. The weather forecasts in print should simply place the seasonally adjusted measure of ppm of carbon next to the required level. On television, viewers could watch the carbon counter from the monitoring station at Mauna Loa moving in the wrong direction in real time.
Daniel Scharf
Abingdon, Oxfordshire

• I read with interest Professor Henrietta Moore’s article (In the face of climate change, ranking states by prosperity invites disaster,theguardian.com, 5 December). We welcome her observations that “there’s much to be commended in assessing the impact of healthcare, education, the rule of law and personal and media freedom”, and that the places at the top of rankings “are better than most at providing foundations for a good life for the majority of fortunate inhabitants”. Professor Moore is also correct in observing that “when it comes to building sustainable prosperity from which everyone can benefit in the future, we are all ‘developing countries’”.

However, we do not share the belief that ranking nations by prosperity invites disaster. The high correlation between GDP and aspects of governance, freedom, social capital, education, health and the quality of the natural environment can hardly be regarded as “uncomfortable”. It is the very quality of these that enables wealth generation. How resource-intensive such economic activity can and should be is a very important question, but should not be presumed to come at the expense of either institutional quality or social wellbeing.

It is important to celebrate that wellbeing has increased around the world. More children are educated than ever before, more people have a choice about their future, fewer people are impoverished. These are huge gains, which we need to recognise and understand how to sustain. Given the purpose of sustainability is to enhance the lived experience of future generations, we should not reject measuring that very experience for the current generation.
Dr Stephen Brien
Director of policy, The Legatum Institute