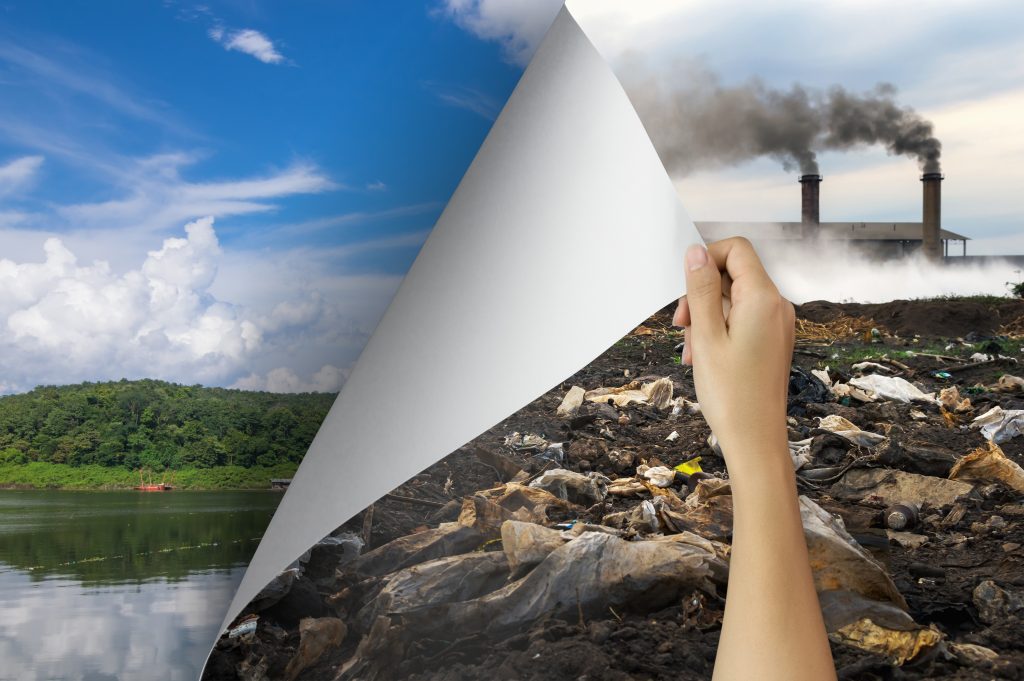 How climate change education is hurting the environment

Despite attempts by the Trump administration to bury it, a scientific report released by several U.S. federal agencies is receiving a lot of attention. This report presents a grim picture of the future of health, economic and environmental conditions in the United States without significant action on global warming.

This news supports recent irrefutable scientific evidence presented by the United Nations Intergovernmental Panel on Climate Change (IPCC) showing that the planet is in the midst of unprecedented human-caused environmental damage. Within the next twelve years, in the absence of drastic measures, the planet faces an alarming acceleration of climate change impacts including the extinction of several plant and animal species, intensifying air pollution, increased extreme weather events and an increased risk of drought. UNICEF has also recently named climate change as the biggest threat facing young children worldwide.

Clearly the futures that young children are facing are ever more precarious amidst the ongoing and future effects of climate change. Given that, we should be especially troubled by the vast divide that exists between current environmental challenges and how climate change is taught to students in the United States. A comprehensive study in 2016 of U.S. middle and high school teachers found that not only was the time dedicated to climate change in science classes shockingly low, a high percentage of teachers downplayed the human causes of climate change.

In my field of early childhood education, the situation is also concerning. For more than a decade, fueled by concerns about the loss of children’s connections with nature and risks of “nature-deficit disorder”, there’s been a proliferation of nature preschools, forest kindergartens and garden schools in the U.S. and Canada. Since 2012 alone, nature-based preschools are estimated to have grown 500 percent in the United States.

Clearly there are benefits in getting children outside more during the school day. The lack of outdoor time for children in U.S. schools is indeed troubling. But the problem is that many of these “nature” programs are actually reinforcing the same human-centric and extractive relationships that have helped to precipitate our current environmental crisis.

To begin with, the very idea of a “nature deficit disorder” perpetuates the valuing of nature for what it can do for humans — in this case, how nature benefits young children’s development. Also, the notion that children need to be “returned” to nature sustains a Eurocentric view of nature as something “out there” and separate from us humans, rather than considering the ways in which humans are always a part of nature. As indigenous peoples throughout the Americas teach us, we are always a part of and in complex interdependent relations with nature. These relations include the ecologically damaged urban natures in which most children already live, in contrast to the idealized ways in which children and nature are often represented. For example, a google image search of children and nature reveals a multitude of children pictured in pristine nature environments, also striking for the lack of diversity in the children pictured in these images. This continues a long history of the idealization of children’s relationships with nature, that has been traced back to influential European early childhood philosophers such as Jacques Rousseau.

Rather than focusing on a return to an idyllic nature and childhood relationship, what is urgently needed is climate change education for young children that is situated within the actual ecological contexts in which all children’s everyday lives are situated — not just the natures that privileged children can access in forest kindergarten and preschools. We need education that values the knowledges and experiences that young children have of the environmental challenges facing their particular contexts.

For example, in my current context of Austin, Texas, increased flooding is one of the effects of climate change that we are already facing. In my work with educators and kindergarten children, we have been engaged in a year long inquiry on children’s relations with water as part of an international research project spanning the U.S., Canada, Australia and the United Kingdom, aimed at developing climate change pedagogies with young children.

We have spent time with children at a nearby urban creek, noticing the changes in this creek over the year and theorizing with children about the causes and effects of flooding (and the accompanying increased waste flows at the creek) on human, plant and animal life in this place. In our efforts to develop less instrumental and more reciprocal relations with water, we have woven together water pedagogies based on Western science, arts-based practices and indigenous relational knowledges.

It is also important to implement climate change education that is culturally relevant and available to children from historically marginalized communities. For example, an indigenous STEAM summer program in Puget Sound nurtures children’s relations with nature that are grounded in indigenous knowledge systems and ethos of reciprocity, interconnectedness and responsibility with nature. The hands-on outdoor curriculum is designed to bring children’s attention to ecological challenges facing local communities such as tidal pool health and other impacts of the changing composition of the ocean. Working with indigenous teachers, artists, elders and scientists, the camp prepares indigenous children to address the changing ecologies that they along with non-indigenous children are inheriting.

While these two examples are an illustration of ongoing climate change education efforts; clearly much more is needed. Importantly, both of the examples discussed above are in alternative education settings rather than in public school settings. In public school settings, it is difficult to imagine how the paradigm shifts that are required in how children are educated about the ecological futures that they are inheriting can take place without systemic change. This includes change in early learning curriculum requirements and in early childhood teacher training. It is also particularly disheartening that current trends in early childhood education in the United States are towards less opportunities for hands-on, exploratory and inquiry-based learning and more towards long periods of seat work, high stakes testing and teacher-directed instruction.

However, just as the systemic changes needed to avert further climate catastrophe are significant but not impossible, the changes I am arguing for here are also not impossible. To illustrate this, I close with an example of a hopeful shift in early childhood curriculum policy. This example from the Ministry of Education in British Columbia, Canada is an in-process early learning framework document intended to guide (not prescribe) early childhood education practices in the province.

The document explicitly foregrounds its central intent as supporting educators to engage with the challenges faced by British Columbians including climate change, waste emissions and mass species extinction. This document is doing the difficult work of radically re-imagining the kinds of curriculum and pedagogy that are needed for young children inheriting ecologically challenged lifeworlds.We need these kinds of efforts in early childhood policy in the United States.