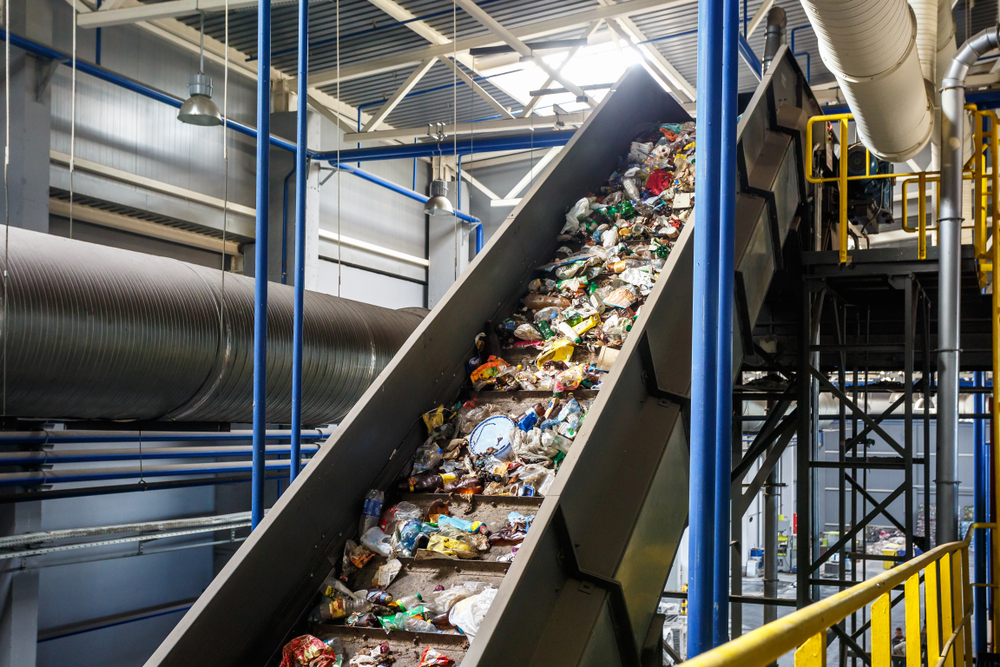 One year ago, China stopped accepting most American scrap plastic and cardboard, throwing a wrench into U.S. recycling programs. Now, cities and towns across the U.S. are dealing with piles of homeless plastic with no clear destination.

Many have stopped recycling altogether or dramatically scaled back their recycling programs. Douglas County, Oregon, stopped accepting plastic and glass recycling this summer. Phenix City, Alabama, curtailed its recycling program. Philadelphia is still picking up recyclables but is burning as much as half of the materials. Small materials processors in communities from Hancock, Maine, to Kingsport, Tennessee, are shutting down, unable to support the higher costs of recycling programs.

Some cities are choosing to continue recycling, but they’re paying much more for it. In Fort Worth, Texas, the recycling program earned the city $1 million two years ago. This year, it’s projected to lose $1.6 million.

“Right now it feels like we’re in the thick of a slow-moving recycling crisis,” said Martin Bourque, executive director of The Ecology Center, a nonprofit based in Berkeley, California. “The scrap materials that are coming out of municipal recycling programs are either … being stockpiled and waiting for new markets to emerge or going to landfill temporarily,” he said.

Historically, the U.S. has shipped about half of its scrap plastic and cardboard overseas. In 2016, 760 million tons of our scrap plastic went to China, but that figure plummeted by 95 percent last year after China tightened its standards for the recycling materials it would accept. It imposed drastic new rules for the level of “contamination,” or non-recyclables, acceptable in a shipment. The most a plastic bale can contain is one-tenth of 1 percent.

U.S. processors responded by shifting exports south a few degrees, to Southeast Asia. But the sheer scale of the scrap led many of those countries to impose their own plastic bans. Thailand, Vietnam and Malaysia and most recently India have all banned scrap plastic imports since last fall.

Bales of recycling floating around the world searching for a buyer have created a massive crunch for U.S. cities — even for communities that don’t send their stuff to China.

California, where the high cost of land has made it cheaper to recycle than send trash to the landfill, is one of the hardest-hit states. “A year ago we were getting paid $100 a ton for mixed paper, and sending it to landfill would have cost $50 or $60,” said Borque. “Now, good paper pricing is $20 a ton, and some people are having to pay to get rid of it.”

Many parts of the Midwest often recycle materials locally. They’re still doing that, even though they can’t sell the scrap products for any more.

“Now that local supply [of recyclables] is up and demand is down, we’re not making as much money, and we’re paying money for recyclables to be processed,” said Kelly Kish, recycling coordinator for Minneapolis.

Was recycling ever happening?

Minneapolis recently changed the types of plastics it will accept for recycling. No. 6 plastics, found in many hard food containers, and black plastic of any type, is no longer acceptable in bins.

However, “it’s unlikely they were ever getting recycled,” said Kish. The city got a new waste processor in December 2017, and the new company, a zero-waste nonprofit, “is very open with us that there are no markets for that type of plastic,” Kish said.

That example is being repeated hundreds of times over the country. For many environmental advocates, these examples are proof that large-scale recycling was never so great to begin with. Much of the plastics sorted out to be recycled was already sent to landfills, while much of what was sent to China was likely burned, environmentalists say.

Due partly to the dominance of publicly traded waste haulers, “recycling in many parts of the country has been made as convenient and cheap as possible for the residents, without regard for how well things are being recycled,” said Bourque.

“All the major brands, and the plastic packaging industry, have been telling us that everything’s recyclable,” he said. “But the reality is a lot of it is too low-grade, too low-value, too hard to sort.”

Single-stream recycling is a major culprit in this. This system, where all recyclables are collected together and sorted by a waste processor, has boomed in popularity since the late 1990s. About two-thirds of U.S. residential recycling programs are single stream, according to the Institute for Local Self-Reliance. But as these programs grew, the portion of waste that’s actually recycled stalled, the ILSR found.

It turns out that combining many types of recyclables together — even when the items themselves are clean, which is less common than ideal — can often result in so-called contamination, rendering everything in the bin un-recyclable. Glass and cardboard are both easy to recycle individually. But combined in one bin, the glass often breaks into shards and embeds into the cardboard, creating something that can’t be recycled.

On top of that is what waste pros call “aspirational recycling” — consumers throwing items willy-nilly into the recycling bin because they think, or hope, they can be recycled. At Republic Services, the nation’s second-largest waste hauler, as much as 30 percent of what’s in the recycling trucks isn’t recyclable.

As they scale back on recycling programs, some cities are going back to separate streams, as well as educating residents on what to put in the bin. Towns from Long Island to Oregon are no longer accepting glass, for instance. That makes some processors hopeful that, over time, more of what Americans put in the recycling bin will actually be recycled. “If it’s cleaner, cheaper material, somebody’s going to be interested in it,” said Bourque.

But even improved recycling will, at best, merely put a dent in the pileup of homeless plastic waste. So the pressure is increasing on the plastic creators — large consumer goods companies — to cut down on packaging or eliminate it altogether.

Said Bourque: “We can’t recycle our way out of plastic pollution.”