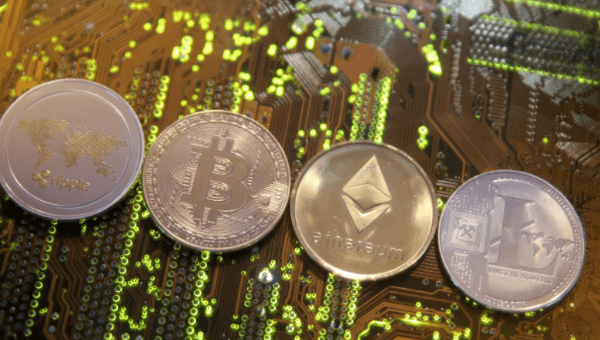 The Newest Cryptocurrency Comes From Venezuela

The website for the cryptocurrency claims that in its first issue, opened for trading on Feb. 20, it made available 100 million tokens, each selling for about $60, a figure that is close to the price of a barrel of oil. Each petro is supposedly backed by a barrel of oil, though analysts are not sure what this means in practice. Maduro values this issuance at $6 billion: $60 for each token for 100 million tokens.

The currency is one of many sold as tokens on the New Economy Movement platform, a technology that supports cryptocurrencies. The New Economy Movement blockchain confirmed on its Twitter account that it was the platform that the Venezuelan government had selected for the petro, while also adding that it does not make political endorsements.

Unlike Venezuela’s official currency, the bolivar, the petro exists online only and is not regulated by the central bank. Unlike other cryptocurrencies, such as bitcoin and ether, the petro is controlled by a government, although it is not clear which specific government entity is responsible for issuing the currency. The minister of science, technology and university education was by Maduro’s side at the launch, suggesting that the petro might fall under his jurisdiction.

The United States prohibits Americans from buying and selling petros, arguing that Venezuela is using them to skirt tough sanctions. That’s probably true. Here is what you need to know about this cryptocurrency.

1. Venezuela is sort of rich

Venezuela’s riches have always been underground. The country sits atop the world’s largest proved oil reserves, estimated at 300 billion barrels of crude. Since the oil was discovered in 1914, the country has sought ways to translate “rich in oil” into just plain rich. Beginning in the mid-1970s, a series of Venezuelan governments approached this in more or less the same way: have a state-owned oil company extract the oil and sell it abroad, distribute some of the money to citizens and keep the rest. However, Maduro has mismanaged the national oil company, and world oil prices have plummeted — leading Venezuela into its current crisis.

Venezuela is deeply in the red. In all, the country owes foreign creditors about $60 billion. The country has just under $10 billion in foreign reserves, the lowest level the country has seen in at least two decades. Maduro surprised analysts by making a few debt payments last year, though Venezuela eventually defaulted in November. Venezuela’s next debt payment of $753 million is due in August. The majority of Venezuelan citizens go to bed hungry; many are starving and living without necessary medicine and health care, leading to riots and mass emigration.

3. The petro is not a new bitcoin but a new way to get money from oil

The petro is officially the first cryptocurrency backed by a country. Until now, one of the things that made cryptocurrencies distinct from regular currencies was that none have been the official currency of any country, backed by any one economy or controlled by a central bank.

The petro is almost all of the above. So why invent a new national currency? Under Maduro, oil production in Venezuela has fallen to just around 2 million barrels per day and is unlikely to recover soon. The government has tried — and failed at — other strategies to raise revenue, such as selling oil assets to Russia. As Maduro has consolidated power in autocratic ways, including stripping the National Assembly of its powers, the United States cut off Maduro’s access to credit markets last August. That made it even more difficult for the government to bring in the cash it desperately needs to stay in power.

Selling petro tokens that are backed by the crude is a way to get money from oil without having to put in the effort to extract it. The oil fields that are being flaunted as backing the petro have a recovery rate of only about 6 to 8 percent — meaning that existing technology only allows for the extraction of a small portion of the underground reserves — and would be expensive to develop. Selling cryptocurrency that is supposedly backed by these resources is a quick way to convert this into much needed foreign exchange.

While Maduro claims that these tokens are backed by oil reserves, Venezuela’s constitution says that oil belongs to the public domain. As an “inalienable and imprescriptible” resource, it cannot be used as collateral.

4. Earnings from the petro won’t do most Venezuelans any good

Everyone in Venezuela needs foreign exchange. The regime needs it to stay in power and Venezuelans need it to buy food and medicine, which can no longer be purchased with the nearly worthless bolivar. The country is facing a dramatic food and medicine shortage. Many countries, including the United States, have offered to send emergency humanitarian aid, including food and medicine. But the Venezuelan government insists that there is no emergency, and has refused to allow humanitarian aid to enter the country. Given this refusal to acknowledge the very real crisis, the government is unlikely to use petro revenue to help citizens in a meaningful way.

The petro tokens can be purchased only with U.S. dollars. Venezuela’s exchange rate controls severely limit the amount of foreign currency that Venezuelans can buy. Tellingly, a commenter on the cryptocurrency’s website wrote in Spanish, “How can I buy the tokens with bolivares [the official Venezuelan currency] since us Venezuelans don’t have access to dollars?”

On its first day of trading the petro raised $375 million. At $60 a token, that means that in one day Venezuela sold the virtual equivalent of 6.25 million barrels of oil, double what the country was producing at its peak in the late 1990s. There is still plenty of uncertainty about the petro, including what “backed by oil reserves” would mean in practice.

But here’s what’s clear: Maduro might be the first autocrat to receive rents from oil without actually having to produce any of it.