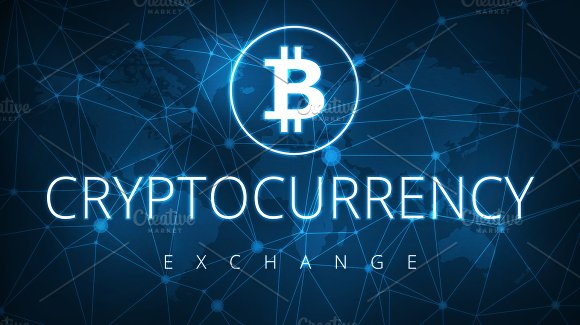 During the bitcoin frenzy at the end of December, Coinbase, one of the premier exchanges, halted trading briefly due to crushing volume as prices plunged. Many of Coinbase’s competitors also have suffered growing pains as digital money grows ever more popular, overwhelming systems and encouraging formation of new exchanges that have yet to stand the test of time.

And there have been hacks, too. A cryptocurrency exchange in Japan, called Coincheck, is under government scrutiny after hackers stole $530 million from its users in January. If confirmed, it’s expected to rank as the biggest such theft on record, eclipsing the estimated $450 million in bitcoin stolen from the Japanese exchange Mt. Gox in 2014.

Experienced bitcoin traders recognize that snafus come with the territory in a new and lightly regulated $700 billion market growing so rapidly it’s hard to ramp up fast enough. Major bitcoin and cryptocurrency exchanges are springing up globally, including Coinbase and Binance in Japan, Bittrex and Kaken in the United States and Bitfinex in Hong Kong. And the absence of government interference is in fact a big part of the cryptocurrency appeal, though the Securities and Exchange Commission and the Commodity Futures Trading Commission said recently they would welcome new powers from Congress to protect consumers from problems on cryptocurrency exchanges.

Investors more familiar with the stock market, which has layer upon layer of protections refined over more than a century, may wonder: What good is an exchange, or “trading platform,” if it cannot fill orders when its customers want to the most? How do you know if the platform you choose is secure? What features should the tenderfoot trader look for?

Dr. Bora Ozkan, assistant professor of finance at Temple University’s Fox School of Business, an expert in capital markets, says that blockchain, the technology at the heart of bitcoin and similar currencies, is quite secure due to its decentralization, but that an individual exchange’s systems for storing customer records and funds may be less safe because centralization on a few servers makes them easy hacking targets.

“If cryptocurrency exchanges can figure out an efficient and swift way to operate decentralized exchanges — let’s say, like blockchain — they can operate more securely,” Ozkan said.

While such systems are in the works, experts say investors should do their own due diligence for now.

“Investors should evaluate exchanges and the companies that run them as they would any other institution that they would trust to secure their money, such as banks,” said Richard Hendrix, cryptocurrency analyst at Real Ventures, a Montreal-based venture capital firm involved in this market.

“How long have they been operating?” he asked. “Are they insured? Who runs them? What is their reputation in the market?” The biggest exchanges may be the best, he said, because they get enough orders to easily match buyers and sellers and have economies of scale to keep down fees. Many insiders warn against using exchanges based in obscure corners of the world where consumer protections are weak, preferring those operating from the United States and Europe, where there are at least some regulation and consumer protection and it’s often easier to link well-protected banking services to the exchange.

Remember, if you choose an overseas exchange, you may have to wire money if you want to buy. Some banks may reject the transfer even if you are dealing with a licensed and reliable exchange.

Experts says customers should seek an exchange that suits their individual needs. Some, for example, serve sophisticated investors with easy systems for limit and stop-limit orders, while others are meant to serve ordinary investors who place market orders. Some restrict beginner account size to a small dollar amount and require the user to apply for a higher limit, much as one would seek approval for a margin account at a brokerage.

Insiders say any good system will offer safeguards against money laundering, procedures for knowing who its customers are, a cellphone app for trading and price tracking, and a quick and easy way to move cash between an outside bank account and the site’s “wallet,” which stores cryptocurrency and regular money.

“What sets apart a mediocre exchange and a good exchange is liquidity,” Ozkan said, referring to the ability to find enough sellers and buyers to execute trades quickly.

Beyond these universal must-haves are some key considerations concerning ease of use and security.

Reliability. Will the platform operate smoothly when trading volume is very high or the currency’s price is whipsawing? Experts say users should scour the internet and site itself for records of system crashes and trading halts.

“Given the poor regulatory environment, I think that Twitter and Reddit are really the only options to evaluate an exchange’s reputation,” said John Quinn, co-founder and chief revenue officer of Storj Labs, a cloud storage service that uses blockchain.

“The biggest concern for any investor on a cryptocurrency exchange is the likelihood of fraud or hacks due to poor security or a lack of investor protections.”-Patrick Gray, founder and  CEO of HashChain Technology

“The main takeaway is that you should never expect an exchange to be secure.” He suggests storing cash and cryptocurrency in a wallet separate from the site used for trades.

Regulatory actions. A web search should quickly unearth news accounts of regulatory issues, as these sites have occasionally come under the gun, most notably by regulators in China and South Korea. China plans to limit power used by some bitcoin miners, a potential challenge to the industry. South Korea is looking at restricting cryptocurrency trading on only qualified exchanges and imposing a capital gains tax on crypto trading.

Customer support. Can you get a question answered by a knowledgeable human being, or will you be steered to an unsatisfactory FAQ page or user forum?

“Even for the best exchanges, customer support is a huge issue,” Hendrix said, noting that it can be “nearly impossible” to get anyone on the phone for help with technical snafus, even at some of the most well-known exchanges.

Margin. Big traders can buy cryptocurrency on margin like they can with stocks, so that’s a feature to look for if you plan to become a player.

Fees. Obviously, it’s important to know what you’ll be charged for each trade, and good sites list the charges before you hit the Submit button on a trade. “Pay attention to hidden fees and the fine print,” said Patrick Gray, founder and CEO of HashChain Technology, a cryptocurrency mining company. These fees can be for trading, depositing or withdrawing funds.

“Some exchanges are upfront about their fees, while others bury them.” Coinbase, for example, lists a 4 percent “base rate” charged on the value of the transaction but has various methods of reducing the fee depending on the size of the trade and whether it’s funded by money in the account, drawn on a bank or a credit card.

Also look at the exchange’s upgrades in technology, since that could also affect trading costs. Coinbase and Bitfinex, the two largest exchanges by U.S. dollar-bitcoin trading volume, are adopting a software called SegWit, which is expected to lower fees by as much as 20 percent while speeding up transactions.

Security safeguards. Users have lost money to hackers on some platforms. So a history of hacking discovered in a search of news stories and company announcements would be a red flag unless the company can prove it has strengthened its defenses. Experts say it’s a safe bet that hackers are probing all trading platforms all the time.

“The biggest concern for any investor on a cryptocurrency exchange is the likelihood of fraud or hacks due to poor security or a lack of investor protections,” Gray said.

Gray urges traders to seek a platform that uses two-step authentication during login, such as a password and quick-expiring code taken off a cellphone app.

“The more mainstream cryptocurrencies become, the more investors expect the same level of security from these enterprises as they are accustomed to from their banks and brokers,” Ozkan says.

Other things experts recommend looking for: a safeguard against a “flash crash,” or snowballing price drop triggered by a few big trades, protections against leaks of customer data, a daily “integrity and reconciliation” check to assure all transactions were booked correctly.

The cryptocurrency market is maturing, but still a little like the Wild West. Traders can be careful, but experts warn that nothing is guaranteed.

“To minimize your risks, try not to put your money in a single exchange, and don’t store money on exchanges, Sobachevsky said. “Transfer money to an exchange when you need to do a trade. Trade, then get the money back.”

— By Jeff brown, special to CNBC.com