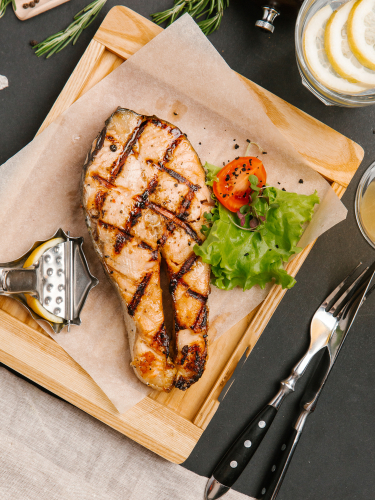 Weight Watchers has been undergoing a branding facelift, starting with an injection of star power that came when Oprah Winfrey invested in it in 2015. This helped spur the start of a comeback for a brand that, for many diet-conscious consumers, had grown stale.

Since then, Grossman came on board and worked to re-brand Weight Watchers as more than a weight loss support system. Her focus on making the company a healthy lifestyle touchstone has helped make the company relevant to consumers, including coveted younger ones. The meal kit launch is another extension of that effort.

This is less than terrific news for online meal kit sellers Blue Apron and HelloFresh. The online market has struggled to keep consumers, who frequently drop and switch services, and now can turn to grocers, who offer more options at cheaper prices and without a membership commitment. The Weight Watchers kit’s impact was felt immediately by Blue Apron, which took a 17% hit to its stock price when news of the kits came out.

This is the latest blow for online meal kit companies. Earlier this week, Walmart announced three styles of meal kits in 250 of its stores, with plans to expand to 2,000 locations by the end of 2018.

Grocery stores, eager to get their share of the $5 billion home meal kit market, have stepped in to offer many of the conveniences consumers want from meal kits, but without the hassles associated with online companies. According to Nielsen, sales of in-store meal kits grew 26.5% last year, to $154.6 million.

Supermarket chains like Kroger and Albertsons have been rapidly growing their in-store meal kits. The Weight Watchers launch indicates national brands will likely jump into the mix and heat up the competition in grab-and-go cases across the country. The new line has a good chance of success because of the brand recognition behind it, and the perception that it is a healthy meal.

As more grocery stores start stocking both their own brand and outside manufacturer’s meal kits, expect some big shakeups in the online home delivery space. They need to offer a new reason for shoppers to buy into their programs, or they risk losing the business they helped create.