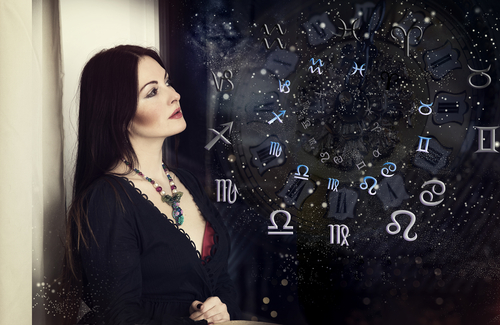 IF IT’S YOUR BIRTHDAY TODAY

While your inquisitive nature is one of your most profitable qualities, because it leads to worthwhile encounters and experiences, there’s more to it than that. You’re also genuinely interested in others, in the lives and activities of family and longstanding friends. But, also, you’re just as fascinated by those you meet. Your birthday chart accents these unexpected offers and chance meetings, which won’t just be interesting but could actually change your life, and in ways as magical as they are unexpected.

Usually you’re the first to be enthusiastic about new ideas or offers, thinking that even if you don’t take things further, you’ll learn from discussing them. Yet what’s currently coming your way is worrying, in the sense you fear arrangements or even certain individuals would take over. They might. And that might benefit you.

As a Taurus and a sensible earth sign, making plans you’re unsure about keeping seems a waste of time. However, with so much in transition, you’ll learn far more from what you do than from even the most informative of discussions. Let others know the approach you’re taking. They’ll probably agree it’s wise.

By no means are you secretive. Yet somehow you’ve neglected to keep even those closest updated on certain changes in your thinking and, possibly, plans involving them. Apologise. Make it brief but sincere. Then discuss what you have in mind and how you’ll work with others to make it happen.

Everybody loves the idea of good fortune. And while the powerful link between the expansive Jupiter and Neptune indicates thrilling ideas or offers are coming your way, you won’t necessarily recognise them for what they are, at least right away. Knowing that, for now refuse nothing and explore absolutely everything.

Few things irritate you more than those who won’t take a chance on life or love because they fear their actions will upset somebody. However, that’s exactly the issue you’re facing, except there’s no question your intentions could cause upset. Despite that, proceed. You and your best interests really must come first.

Sometimes arguments are about exactly that, differences in views or opinions. Currently, however, what you’re facing involves a particular situation in which progress demands that an accord be reached. Knowing that, focus on finding common ground, then base discussions on ways you can broaden that mutual understanding. The rest will be easy.

The past week or so has been about change, as much in your perspective as certain elements of your life. Now the time has come to explore what’s arisen in depth and, even more, decide what can and should become part of your life. Focus as much on practicalities as what’s appealing.

Few things annoy you more than being told you should get involved in something that doesn’t intrigue you. While your feelings are understandable, in this particular case you’re urged to listen to, and heed, others’ advice. The individuals in question don’t just have your best interests at heart, they’re better informed than you are.

There are few more promising planetary links than that between your ruler Jupiter and the visionary Neptune. Still, with so much unsettled, you’re urged to be cautious about what you commit to and, equally, ensure any arrangements are flexible enough to ride out frequent changes the plans of others or in the actual circumstances.

Planning ahead may be a virtue. But at the moment it will cause you more problems than it will be of benefit. While, obviously, you need to make plans, the secret is to ensure they’re flexible enough to ride out changes, many of which will lead on to yet more changes.

While you’re by no means a control freak, obviously you want to discuss changes reshaping elements of your life. However, the pace is too swift to talk things over. In fact, discussions won’t be that revealing. Instead, simply plunge in. You’ll learn far more from experience than even the most detailed of conversations.

Every once in a while, events are so exciting that you’ve no doubt even disruptive changes will be of benefit. Not only is that true, the events triggered by the rare link between the fortunate Jupiter and your ruler Neptune will turn out better than, even at your most optimistic, you’d imagined possible.