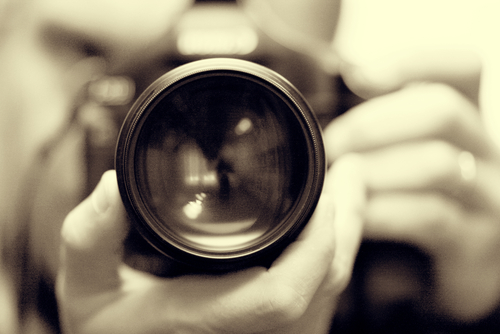 ‘Colour was too sweet for apartheid’: the austere genius of David Goldblatt

The South African photographer, who died this week, caught apartheid’s grotesqueness without ever letting anger take over. His portrait of a place and a time is without equal in modern photography

“I didn’t regard the camera as a weapon in the liberation struggle,” the veteran South African photographer David Goldblatt once said. He described his approach, instead, as a dialogue “between myself and whatever I photographed and my compatriots”. That dialogue began 60 years ago, when the teenage Goldblatt began to photograph miners and the landscape of gold-mining in and around Randfontein, the whites-only town where he was born, and ended a few days ago with his death, at the age of 87. In between, he created a body of work that is without precedent in postwar photography.

As his recent retrospective at the Pompidou in Paris made clear, South Africa was Goldblatt’s sole subject and his life’s work. I can think of no other photographer who has left behind such a deeply resonant expression of a country’s complex identity. For most of his working life, Goldblatt created a stark, but subtle depiction of the abnormality of apartheid without ever allowing his own anger at the injustices he witnessed to surface in his work. Instead, his detached documentarian’s eye captured the everyday experiences of ordinary people caught up in a landscape determined, like everything else in South Africa, by race laws created to reinforce and perpetuate white rule.

One of his earliest series, made while he was still a teenager, documented the lives of black workers in the country’s gold-mining areas. The industry defined the environment he grew up in and, by the time he had become a professional photographer in the 60s, it defined white South Africa’s wealth, too, with nearly half the world’s gold being produced there. That wealth made the apartheid system, under which the black miners’ lives were controlled and devalued, even more grotesque.

In 1973, he published On the Mines, which included an essay by Nadine Gordimer, who he later said had influenced his work more than any photographic predecessor. It was the first of several starkly evocative, black and white photobooks made by Goldblatt. In his commercial work, Goldblatt was not averse to shooting in colour, but photographically at least he saw South Africa in black and white. “During those years,” he said, “colour seemed too sweet a medium to express the anger, disgust and fear that apartheid inspired.”

The monochrome tones and meticulous compositions of his landscapes and portraits emphasise not just his formal detachment, but his abiding sense of psychological isolation. His parents were Jewish leftwingers who had fled religious persecution in Lithuania, their experience surely informing his work. He famously described himself as “a self-appointed observer and critic of the society into which I was born”.

Wandering through that recent retrospective of his work was to see it unfold with a cumulative power that instilled a sense of almost devotional quietude. Goldblatt had a keen eye for symbolic objects: a stacked arrangement of miners’ shovels in a salvage yard, shelves full of canned goods in a shop in Soweto. I was struck, too, by the austere poetry of his images. It is a language of suggestion, of atmosphere, of small but telling details: the craggy, unreadable faces of many of the older white Afrikaners; the stern, almost imperial look of those three young white landowners on horseback; the languorous but defiant gaze of the young, black, female shop assistant, born into a system where oppression and humiliation was a given. Goldblatt photographed them all with equal attentiveness, his detached but democratic eye allowing the viewer the space to see beyond the frame and sense the grotesque – but normalised – society that defined his subjects to such a degree.

As a boy, Goldblatt had worked as a shop assistant in his father’s clothing store, where the customers were Afrikaners. He described them in years later as “austere, upright, unaffected people” who nevertheless supported the ruling National Party and its apartheid policy. “I had great difficulty,” he recalled, “in getting my head and heart around these contradictions.”

That conflict is there, too, in his work, but one always sensed where his sympathies lay. In his portraits of his fellow white South Africans, there is a sense of a society in stasis, unchanging and doggedly resistant to the inevitable sweep of history and the increasingly clamorous global protests that apartheid provoked.

When everything changed swiftly and dramatically in the wake of Nelson Mandela’s release from prison, Goldblatt continued photographing the world around him with critical fascination. He made contact with ex-prisoners who had served time for often violent assaults, recorded their own stories of survival and photographed them at the scenes of their crimes. It was an attempt to understand life in post-apartheid South Africa where, he said, the values “are not the same values that Mandela stood up for; they are greed and self-congratulation”.

It is for his images of apartheid-era South Africa, though, that he will be remembered, not least because their quiet observational power and moments of arresting drama – a 15-year-old boy staring straight into the camera, both arms encased in plaster following his arrest and detention by security forces – add up to an extended portrait of a place and a time that is without equal in modern photography.

He was, above all, a master of the extended series, each building on the last until a portrait of an entire society, in all its contradictions, emerges. “I would look at Edward Weston’s work,” he said, “and envy the freedom to be lyrical … to photograph a landscape apparently without concern for the implications of its possession.” Those implications, though, are at the very core of photography, and he made us aware of them again and again.