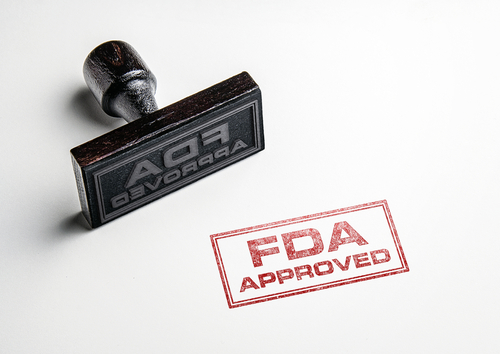 Now That the FDA Approved a Marijuana-Based Drug, Will the DEA Allow It To Be Sold?

Cannabis is still a Schedule 1 drug making it illegal in the U.S. That law may not change any time soon.

The Federal Drug Administration this month approved the first marijuana-based drug for use in the United States. Called Epidiolex, the drug treats rare forms of childhood-onset epilepsy that have typically resisted other types of treatment.

The drug will impact a relatively small number of children. In approving the drug, the FDA noted that it doesn’t contain the chemicals that cause the “high “effect.

But in order for it to reach the market, the federal Drug Enforcement Administration (DEA) will have to roll back decades of laws that have made marijuana–and all the chemicals within it –a Schedule I illegal drug with no medical benefits.

FDA Commissioner Scott Gottlieb went to great lengths to say the department’s decision “is not an approval of marijuana or all of its components.“ He also noted that the cannabidiol (CBD) in the drug is a purified form and the result of many years of research and clinical trials.

The FDA’s decision was a victory for drug-maker GW Pharmaceuticals and marks the first cannabis-derived drug to get approval in the U.S.

Extensive research led to an approval

The FDA did not take its decision lightly. The approval came after the commission looked over four studiesm including the first major study on Epidiolex that was published just this May in the New England Journal of Medicine.

The 14-week study found that the average seizure frequency for those on a high dose of Epidiolex fell almost 42 percent, while those on a lower dose had a 37 percent drop in seizures.

In the news release, Gottlieb said the FDA decision was based on “well-controlled clinical trials evaluating the use of this compound in the treatment of a specific condition.” He also said the CBD is delivered to patients in reliable dosage through a reproducible route of delivery.

“This is how sound medical science is advanced,” he said.

Clearly, Gottlieb was going to great lengths to explain the correct procedures used to approve the drug. But getting Epidiolex on the market is now outside of the FDA’s control and in the hands of the DEA.

The DEA is expected to consider reclassification later this year. They could keep the status quo, take marijuana off the Schedule I list (most see this as highly unlikely) or reclassify CBD but keep marijuana as a Schedule I drug.
At this point, there can be no certainty on what the DEA will decide. However, Melvin Patterson, the DEA spokesman, said the administration has already been considering reclassifying CBD and that the FDA findings “will weigh heavily on the decision-making process.”

Some remain suspicious of too much federal government oversight on this issue.

One woman who helped spearhead the legalization movement has concerns. Heather Jackson, the Colorado woman who said marijuana led to her son’s epileptic seizures stopping completely for four years, now worries the government will over-regulate.

She told KOAA News in Colorado that she wants to tell federal regulators to “stay in your lane. We want the whole-plant extracts that our kids are using and that have worked for them for years.”