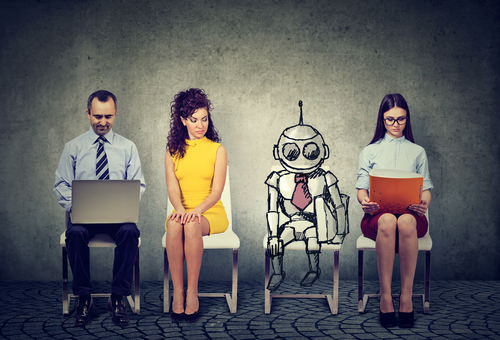 How to Be Ready to Lose Your Job

Land on your feet when you suspect bad news is looming

Last year, I lost my job when the owner of the website I worked for shuttered it over a union dispute. He had been threatening the shutdown for some time, and though we didn’t know for sure what was going to happen, the air in the office had been heavy for months with pre-layoff anxiety.

Staff jobs in journalism were shrinking long before the shutdown, and to me, the prospect of freelancing in perpetuity seemed untenable. As a single woman with no debt, dependents, or significant health issues, I was in better shape than most, but I still had to make rent.

If you’re in the workforce long enough, there’s a chance that, at some point, you’ll get fired or laid off.

There was also an emotional toll. My work made up a significant piece of my social life, and it was lonely not having my friends and co-workers around me on a regular basis. My job was tied intrinsically to my identity — it was jarring, to say the least, to no longer self-identify based on my occupation.

If you’re in the workforce long enough, there’s a chance that, at some point, you’ll get fired or laid off. “Things are not the way they were when our grandparents were in the workforce, where one company was dedicated to the employee, and the employee was dedicated to the company,” says industrial-organizational psychologist Amy Cooper Hakim, author of Working with Difficult People and founder of the Cooper Strategic Group. “There’s a lack of commitment on both sides.” Hakim says that in any job, it’s a good idea to expect that at some point you might lose it or, at the very least, decide to move on without a backup plan. “Having that as a realistic understanding is very healthy and important,” she says.

So what do you do when layoffs are on the horizon or if you’ve been given the pink slip? Here are some tips to plan ahead and stay afloat.

Even if you’re at a stable job, it’s a good idea to set money aside in case circumstances suddenly change. Chantel Bonneau, a certified financial planner with Northwestern Mutual, says people should keep three to six months’ worth of living expenses in an emergency fund. “That will give you the piece of mind to know you have access to capital that will help you make the right choice for the next job,” Bonneau says.

Hakim suggests creating another pre-layoff arsenal: a digital compilation of your written achievements at work. “Let’s say you get a positive comment or an accolade from someone by email. Save some of those documents. If you need to move forward to a different job, you can say, ‘I had success in these areas.’” she says. “That will help you to sell yourself, so to speak, when you are going forward to another employer.”

“Take time to accept that this is a major life event.”

Though you might not feel compelled to ask colleagues for recommendations until you’re looking for new work, it’s actually a good idea to have some on the back burner in case you’re suddenly out of a job. “That’s something you can do along the way, almost like a LinkedIn recommendation, if you have a great rapport with someone or you finish a project and you’ve worked well together,” Hakim says.

For a long time, I thought my job was the thing that made me me, and that, in some sense, it was the only thing I had. This is a common feeling when your career seems paramount, but it’s not exactly a healthy one, especially considering that sometimes your employment status is out of your control.

Maintaining a social circle outside of work can help you combat the urge to conflate your job with your identity. And as Hakim notes, it’s helpful to have a stable of professional contacts as part of that social circle, so if you do find yourself ousted from your gig, you’ve got a network to help you out. “If you love your industry, but you’re not certain how long you’ll be at your job, then it’s important to become a member of a professional association or organization, go to chapter meetings, perhaps even see if your current organization has any funding available to send you to conferences,” Hakim says. “Make sure that you are networking beyond the four walls of that building.”

Stay Calm in the Moment

It’s not uncommon to experience some version of the seven stages of grief when you lose your job. The shock comes first, but anger might hit faster than pain and sadness. If that’s the case, do not lose your cool. “Don’t start ranting and raving at the boss or the HR representative. Make sure you can hold your head high and be professional and responsible,” Hakim says.

If you’re feeling stable enough to sit down for an honest face-to-face with your boss, Hakim recommends asking for one. It’s possible you were fired over job performance, in which case, feedback might help you in your next role. In some cases, though, layoffs are mostly a numbers game, and it’s possible your old employer can assist you in your job search.

“Make sure you can hold your head high and be professional and responsible.”

“A lot of people are very surprised by what comes from these conversations,” Hakim says. “It could be, ‘Hey, I’m really sorry I had to do this. I think you’re a really great person, and I think you’re very qualified, and in fact, I have a colleague in this company who has a need for someone right now. I’d be very happy to pass on your résumé if you’re interested.’ Those kind of dialogues do happen.”

Take a Minute to Regroup

Immediately after I lost my job, I was offered a few others, and it was tempting to settle into stability right away. But Hakim says that, if possible, take a beat to consider your next move, especially if you have severance or savings to tide you over. Now might be a good time to pursue an advanced degree, or try your hand at freelancing, or change industries — or, at the very least, to take a short break from working so you have a second to adjust. “People do sometimes go through a period of mourning,” Hakim says. “You have to take time for yourself. Take time to accept that this is a major life event.”

But Don’t Take Too Many Minutes

Bonneau notes that one of the biggest financial mistakes people make after they lose their job is racking up credit card debt. “All those things have to be paid back, and it’s going to take from other things you want to do or save for when you get another job,” she says. You should also beware of pulling money from a 401(k) or IRA — not only are you depriving yourself of retirement savings, but you’ll also have to pay a tax penalty. If you freelance, keep in mind that health insurance and taxes are more costly than when you’re on a payroll. “It may be a great idea to freelance, but if you are going to do that, look at the benefits you are not getting from W-2 employment,” Bonneau says.

Once it happens to you, it becomes just another trial you succeed in facing down.

Appreciate Your Own Resilience

For a long time, the prospect of losing my job terrified me. And though getting laid off wasn’t an experience I’d recommend, once it happens to you, it becomes just another trial you succeed in facing down. “People who are happy in life are resilient,” Hakim says. “Overcoming something that’s difficult helps to build character.”

Plus, having some time to assess where you may have gone wrong in your old job or what your real career priorities are can help you find more satisfying employment in the long run. “If you think of someone who’s 20 years your senior talking to you about this, they’re like, ‘Oh yeah, I lost a job. Don’t worry about it. That’s before I started this great thing.’ We can always see things in hindsight, and so I think it’s much harder when you’re living in the moment,” Hakim says. “Just like that boomerang or that rubber band, when you pull it back, it does spring forward.”

1. More and More American’s Say They are Worried About Money.
2. One Day You Might Not Be Able To Eat This.
3. Air Pollution in Europe reducing life span.
4. The Power Of Doing Only One Thing..
5. Theresa May calls off MPs’ vote on her Brexit deal.