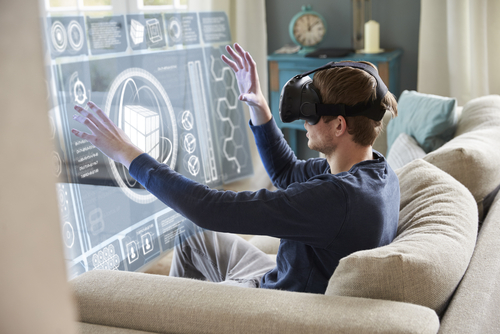 The mere mention of these technologies is good enough to conjure utopian visions of a society so empowered by technology that our current problems vanish- at least in the minds of uninformed. Talk to the experts or critics and you may hear a different tale altogether.

To the uninitiated, Blockchain is something akin to a universal panacea that will eliminate the destructive oversight of corporations in a puff of mystical “decentralization”. On the other hand, informed insiders may instead tell you of the challenges of scaling Blockchains, the inefficiencies of decentralization, governance problems, and other issues which seem to put a damper on the vision of a world unencumbered by oligarchs and plutocrats.

The truth probably is somewhere in the middle.

Blockchain is one of a handful of technologies being developed that inspires this kind of fervor, and while it may not live up to hype it does hold tremendous potential. However, the intersection of Blockchain with other emerging technologies may create new possibilities that are not achievable by either alone.

One of the most promising intersections is that of Blockchain and Virtual Reality, but in order to understand why this is we need to explore what exactly Blockchain allows us to accomplish.

To create an independent digital asset, you need to ensure that the “data” cannot be copied, manipulated, or counterfeited. This is easier said than done.

Imagine the challenges that have been faced by companies trying to curtail the unencumbered illegal downloading of MP3 files, movies, and video games. Now imagine trying to use a file as money. It is impossible to prevent individuals from simply copying the file and creating money from thin air.

One way to circumvent this problem is to only allow the money to exist on a platform which is tightly controlled by a single company, like iTunes. However, then the entire system becomes entrusted into the exclusive control of a single entity, which presents a different threat of manipulation.

Before Bitcoin and Blockchain, the only options we had for files on the internet was to either place them behind a highly controlled corporate platform or to release them on to the internet and accept that they would be illegally downloaded and copied. Blockchain proposed a new framework that circumvented these challenges and enabled the first digital asset.

Blockchain creates a trusted platform where the asset only has value if it exists on that specific platform. You cannot download or a copy a Bitcoin and have it maintain even a shred of value, a Bitcoin only has value if it is on the public Bitcoin network. However, the Bitcoin network is not controlled or maintained by any single entity. Instead, it relies on a distributed and decentralized combination of individuals and companies to maintain itself. By doing so, it enables the creation of assets which are resistant to both replication or manipulation by a controlling party.

Blockchain was first used to give us Bitcoin, but it is easy to see that at its most fundamental level it is a framework to allow the creation of digital assets and manage online ownership. This thesis has been resolutely proven (for better or worse) as Blockchain has since led to the creation of 1000’s of other assets. The ability to issue online assets led to a Cambrian explosion of different forms of tokens and other cryptoassets.

Much like Blockchain, Virtual Reality is also in its infancy. We are a long way away from truly realistic and adopted VR, but if our past cycles of technology development tell us anything it is that the technology will develop soon enough.

The truly defining moment for VR will come when a global commercial layer is adopted. Much as we have a single internet that entire world connects to, we can also develop a single VR layer that is used all over the globe. This layer will not be limited to purely virtual spaces but will also interact with our physical reality.

Pokémon Go, a smartphone game, was the first application to map a virtual world to physical geography so that in order to interact with the game you had to physically move around the real world. A global VR layer that is both tied to physical geography (and commercial spaces) and can also function independently would be a huge driver of real economic value.

By mapping a common virtual network to our businesses, homes and offices a wide array of new possibilities would become possible. For example, it would be a simple matter for you to meet someone in a café in Shanghai from your living room in Florida if every business possessed a corresponding virtual version of its physical location that could be accessed on the global VirtualNet. Using either a projector installed in the café or a form of glasses, those physical seated in the café could see and interact with those that are solely visiting virtually.

Additionally, purely virtual spaces would also create tremendous utility and value. A company that has employees all over the world could purchase an office building that it’s workers could attend virtually. It would create a tangible environment for individuals that are geographically separated to interact with each other that would surpass the limitations of video calling. Companies could reduce the number of physical buildings which need to be purchased and enable workers greater geographical freedom without the current limitations of remote work.

However, the concept of a virtual office building poses several questions. How do you purchase a virtual building? How is ownership handled? Is this building property or just a service like a conference call?

When one really explores the potential implications of virtual property and other goods it becomes abundantly clear that there is very little difference between a virtual building and a real one. Similar to a physical building, we would also want to hire a virtual architect to design the building to ensure it is an aesthetically appealing and engaging environment. The building could also be resold and renovated when needed.

A company could provide an Office-as-a-Service model, but that would detract from some of these capacities. It would limit the autonomy of office owners to design and control their own spaces, it would hamper a secondary market emerging of service providers, designers, architects and investors, and it would mean that these buildings could vanish if the service provider shut down.

The superior model is for virtual buildings (and all other forms of virtual assets/property) to exist as actual tangible and individual assets. Under this model the virtual asset market could possess all of the capacities of our physical markets. Companies and individuals could purchase, design, and sell buildings. Designers could create virtual clothing (whose look could far surpass what is possible in the real world) that could be sold to individuals for the online identities. Artists could create art displays which surpass all limitations of the physical world.

To do this, we need the ability to create secure digital assets and in order to create secure digital assets we need Blockchain. It is crucially important that these assets are actually owned and not simply licensed to individuals through some sort of “VR-Apple Store”. True economic benefits will be derived from these assets being owned and existing on an independent and secure global network- a Blockchain.

VR technology and Blockchain technology are both independently important, but mutually a greater potential is created. VR has a wide variety of applications but without the ability to manage tangible digital assets it cannot create a parallel economic system of goods, property, and jobs. Similarly, Blockchain has tremendous capacity but there is nowhere that the potential to create and maintain digital assets is more needed than in a purely digital world.

Both of these technologies are years, if not a decade, away from possessing the capacity to actualize this vision and yet it is important to see the potential for technology in order to guide and shape its development. You may not be able to go out tomorrow and buy your first VR home and host an international dinner party for your co-workers from 20 different countries, but you can imagine that this may be what your Saturday evening looks like in ten years.

Oh, but when you do it, make sure you hire a designer to program a clothing theme for your party