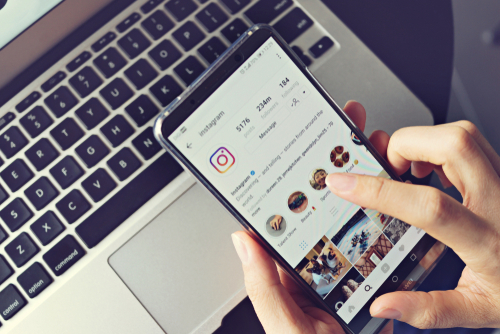 According to a new survey, Instagram has overtaken Snapchat as the most popular social media platform among American teenagers.

Investment banking firm Piper Jaffray released the latest version of it’s bi-annual “Taking Stock With Teens” report which showed 85% of the 8,600 participants said that they use Instagram at least once a month.

In comparison, 84% of the teenagers use Snapchat at least once a month. This is the first time Instagram has overtaken the messaging app in this category since the reports began.

This could be further evidence that Snapchat’s popularity is declining. Snap Inc. stock has continued to fall to under $7 after a negative report from an analyst in September.

However, 46% of the teenagers named Snapchat as their favourite social platform, compared to the 32% who preferred Instagram.

The picture-based apps continue to outperform the other platforms, as only 6% and 5% said their favourite was Twitter or Facebook respectively.

Facebook’s popularity continues to decrease in the wake of another major security breach.

36% of the participants use Facebook at least once a month, which is down from the 45% figure that was recorded by Piper Jaffray six months ago.