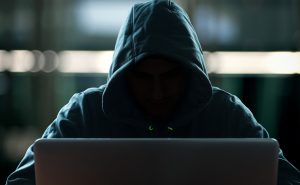 Cryptocurrency exchange Gate.io was apparently the target of hackers who compromised a widely used web analytics platform this week.

According to a report from internet security firm ESET on Tuesday, bad actors compromised Ireland-based web analytics site StatCounter, in an attempt to steal bitcoin from the exchange’s customers.

The attackers managed to inject malicious code into the script of StatCounter webpage, having also registered a domain very similar to the official one. The fake domain swapped two letters from the original to form “StatConuter”, which can be difficult to spot while scanning for unusual activity, says ESET, adding that the domain had previously been suspended in 2010 for association with abusive behaviour.

StatCounter is used by more than two million websites, according to its own figures, and it provides statistics on billions of web hits daily.  The fake account managed to get picked up by a number of sites, although Gate.io seems to have been the only target.

“It turns out that among the different cryptocurrency exchanges live at time of writing, only Gate.io has a valid page with this URI. Thus, this exchange seems to be the main target of this attack,” it concludes.

The URI is notably used by Gate.io to transfer bitcoin from its own account to an external bitcoin address, according to the report. The hackers’ script automatically replaces a user’s bitcoin address with one belonging to the attackers.

As the malicious server generates a new bitcoin address each time a visitor loads the StatConuter script, “it is hard to see how many bitcoins have been transferred to the attackers,” the researchers say.

After being notified by ESET about the breach, Gate.io announced Wednesday that it “immediately removed” the StatCounter service from its site, and stressed that the users’ funds are “safe.”

CoinMarketCap data indicates that Gate.io is the 38th largest crypto exchange globally by adjusted trading volume. The firm’s website indicates it is based in the Cayman Islands.