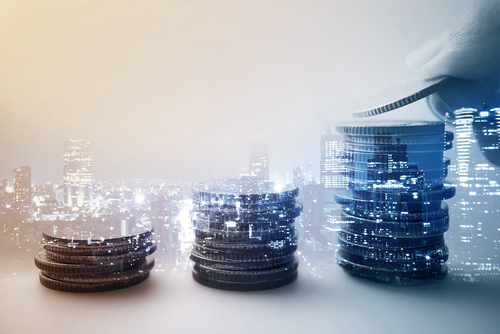 The firm – whose high-profile lineup includes the former CEO of Israel’s largest bank, Bank Hapoalim, as well as the founder of the country’s largest investment fund, Psagot Ofek – reportedly expects to have $50 million in assets under management (AUM) by the end of the year.

As Bloomberg notes, global competition is fierce for crypto investment funds today, with over 370 crypto-focused funds with as much as $10 billion in AUM collectively, citing data from Autonomous Research.

Silver Castle CEO Eli Mizroch told Bloomberg that the fund has been focused on building “very, very high security” infrastructure to provide institutions with exposure to the crypto market.

Speaking of the investment group’s establishment, he underscored the importance of the country’s dynamic blockchain ecosystem; Israel has seen an over 200 percent increase in the number of local blockchain companies since 2015, according to data from Startup Nation Central, an NGO dedicated to the local innovation space.

The first of Silver Castle’s two new funds is reportedly based on an algorithmic trading system that combines both long and short-momentum strategies for the five largest coins by market capitalization.

Despite the year’s protracted crypto bear market, Mizroch told Bloomberg that in-house use of the fund achieved “high double-digit” returns in dollar terms for its portfolio.

The second fund is fully invested and automated, and is based on an algorithmically-weighted basket of the top ten crypto assets by market cap, Bloomberg reports. In addition, a token-based fund focused on Initial Coin Offerings (ICOs) is slated for launch before the end of 2018.

Gadi Isaev, founding partner of the Israeli Blockchain Association, has emphasized that Silver Castle’s establishment demonstrates that “pioneers” of the Israeli financial industry have entered the cryptocurrency space. He told Bloomberg that the move was “a landmark event for the entire Israeli market.”

As reported earlier this month, 140 Israel-based blockchain companies attracted $1.3 billion in investments, as of the third quarter (Q3) of 2018, wherein $600 million was raised via ICO.