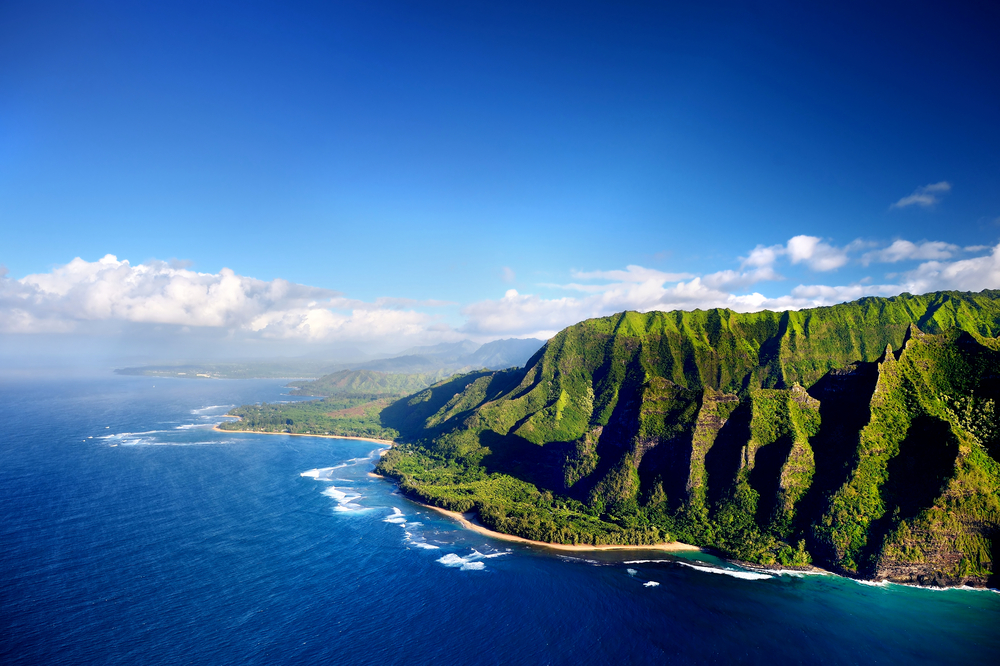 In recent years, bills that might seem too bold to gain traction in other state houses have become law in Hawaii, gaining worldwide attention.

Policymakers in the overwhelmingly Democratic state House — with 1 Republican state senator and 5 Republicans in the state House — have pushed forward a wave of ambitious progressive legislation. The state has banned certain kinds of sunscreen, raised the legal smoking age and committed to the Paris climate accord’s goals.
Lawmakers say the new laws are driven by a sense of urgency to create a sustainable future for the island’s residents.
“We are preparing now because we are seeing the effects of climate change,” said State Sen. J. Kalani English, who sponsored a bill to implement portions of the Paris climate deal last year. “We are having intense cold that we’ve never had before, we are having intense heat. It’s a matter of survival for us.”
“When you are in an island, you can’t run away from your problems,” said Joshua Stanbro, Honolulu’s chief resilience officer and executive director of the Office of Climate Change, Sustainability and Resiliency.
“I think it gets back to this idea that when you live in an island, everybody has to pay the cost,” he added.

It banned some sunscreens to protect coral reefs

Hawaii was in the spotlight last summer when a ban on sunscreens containing chemicals harmful to coral reefs was signed into law.
The law, which will go into effect January 1, 2021, prohibits the sale or distribution of over-the-counter sunscreens containing oxybenzone and octinoxate without a prescription from a licensed physician.
Those chemicals help protect skin by filtering UV rays, but cause severe damage to Hawaii’s marine environment, according to a study by Haereticus Environmental Laboratory, a nonprofit scientific organization.
The chemicals cause bleaching, deformities, DNA damage and ultimately death in coral when they’re washed off beachgoers. About 14,000 tons of sunscreen enter the world’s reefs every year, according to a 2015 paper published in the journal Archives of Environmental Contamination and Toxicology.
The law, which was the first in the country, was approved despite the disapproval of the trade associations and fears that it could lead to an increase in skin cancer.
The city of Key West, Florida, voted last week for a similar ban.

It was the first state to raise the smoking age

Hawaii’s cigarette laws are considered some of the most restrictive in the nation. In 2016, the state became the first to raise the age to buy cigarettes to 21.
Under the Hawaii bill, anyone caught breaking the law would face a $10 fine for the first offense and a $50 fine or community service for a second offense.
And this week, lawmakers tried to up the stakes. They introduced a bill calling for a phased ban on cigarette sales by 2024 that would effectively clear Hawaii’s store shelves of cigarettes, although tourists could still bring them in.
Federal law requires states to set the minimum tobacco-purchasing age at 18, and the government enforces the measure by withholding FEMA grants from states that don’t comply. Currently, most states allow 18-year-olds to buy cigarettes, and four have raised the minimum age to 19.

In what some saw as an act of defiance, Hawaii became the first state in the country with laws that implement portions of the Paris climate deal.
Gov. David Ige signed two laws that aim to reduce greenhouse emissions and mitigate climate change through carbon sequestration, a process to store atmospheric carbon monoxide.
The move came after President Donald Trump announced in 2017 that he would withdraw the US from the Paris Agreement on climate change.
The landmark accord, signed by 195 countries, intends to cut emissions and keep global temperatures from rising more than 2 degrees Celsius above preindustrial levels.
“As a society we said, ‘We are not debating, we have to react’,” said Kalani English.

Nearly five years ago, Hawaii committed to an ambitious goal: leave the oil on the mainland and get all of the island’s electricity from renewable sources.
A spike in oil prices, Hawaii’s unique location and its geography contributed to the decision.
“As the most oil-dependent state in the nation, Hawaii spends roughly $5 billion a year on foreign oil to meet its energy needs,” Ige said in a statement at the time. “Making the transition to renewable, indigenous resources for power generation will allow us to keep more of that money at home, thereby improving our economy, environment and energy security.”
It’s a lofty goal, but Hawaii still has three decades to figure it out.
“The faster we move toward renewable energy, the faster we can stop exporting billions from our local economy to import expensive fossil fuels,” State Rep. Chris Lee, chair of the House Energy and Environmental Protection Committee, said at the time.
Authorities have said they are considering installing undersea cables, solar panels and other technology.