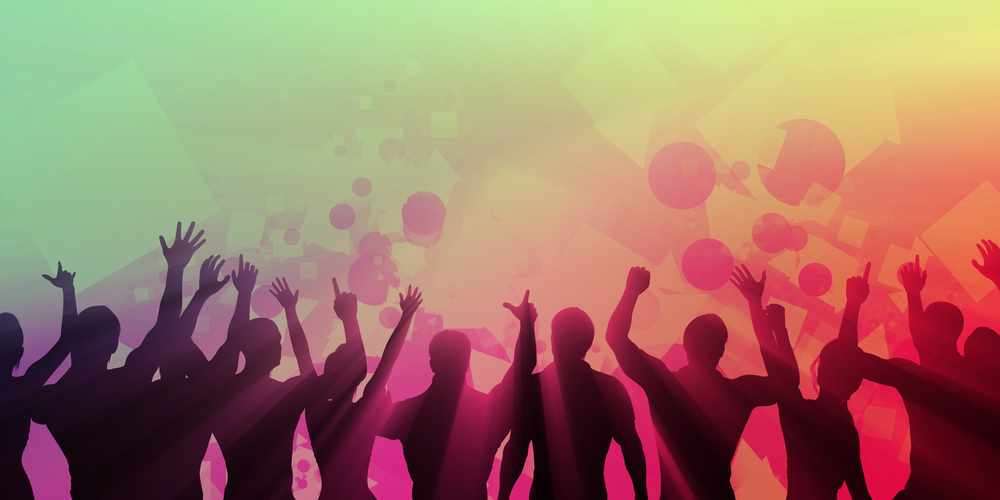 In one sense, the rave scene has always been encrypted. In its heyday, when news of illicit parties spread by word of mouth, you just needed to know the right people. But new technologies are adding another layer to this.

Throughout the last year, rumours of a crypto-enabled rave revival have been rife on the dark net and in closely guarded members-only forums, with some referring to these gatherings more publicly as crypto-raves, trustless raves or the “decentralised autonomous rave scene”. This underground phenomenon has been driven by creative tech, in the form of the blockchain. Technologist and artist Mat Dryhurst has seen this first hand. “Like most good things, it emerged slowly and organically,” he says. “The first time I went to a crypto rave, I got a text message from a friend who was given a few invites, received my own unique keys and was given an invite of my own to share.”

The keys he’s referring to can take different forms: PGP-signed messages stored on public blockchains; or decentralised tokens distributed by DAOs (decentralised autonomous organisations), with each token representing a single ticket, in line with the recent explosion of ICOs and the tokenisation of everything that has come to the world of cryptocurrencies.

“One needs a number of ‘block confirmations’ to have passed to ensure access,” explains Amnesia Scanner, a Berlin-based collective of designers and musicians who have been anonymously contracted to play at some of these decentralised autonomous raves. “Once you’re in, you’ll often be given access to a decentralised application that uses a hybrid of proof-of-stake and proof-of-work, that secures the scene,” they say. Instead of peer-to-peer, it’s friend-to-friend.

The blockchain is secure and anonymous and, by using it, party organisers can keep their identity hidden and automate usual organisational overheads, while ensuring that the event is open only to people that they trust.

“We know of gatherings broadcast on insecure networks such as Facebook being targeted by the police, or worse still, right-wing factions who are intent on doxing and harassing partygoers,” Dryhurst says.

These events have undoubtedly been inspired by a growing worldwide interest in cryptography and digital privacy, but they have their roots in the concept of the “temporary autonomous zone”, a term that was coined in an influential 1991 book of the same title by anarchist and arch-hermetist Hakim Bey, and which would go on to influence events such as Burning Man.

Because of their autonomous nature, there’s no single type of music or scene represented at these events, although so far it’s mostly been dance music such as techno and jungle. “The common element is an emphasis on privacy and community that I think augments whatever music is being presented,” Dryhurst says.

The blockchain isn’t the only technology that is being experimented with at these events. Electronic duo Amnesia Scanner has witnessed AR and VR apps that employ hypnotic techniques to induce altered states that drug the user. The pair say that there are rumours about a German decentralised autonomous rave scene where participants ingest sleep medication and force themselves to stay awake.

The scene is growing in places such as the San Francisco Bay Area, Moscow and Berlin, but its greatest potential could be outside big cities, at the periphery of electronic music culture. The technology in use here could also unlock possibilities in music and wider culture more generally. “The magic of blockchains and smart contracts for me is the ability to encode ideology into the things that you create,” says Dryhurst. “This could be groundbreaking for music as a medium. Rather than being limited to implying ideology through stylistic gestures and poetry, we are now able to execute ideology.”

Establishing automated systems of trust through the blockchain could support an explosion in ad-hoc gatherings – not just raves, but theatre, live-action role-playing games, parties and protest movements, all equipped to evade oppression and stagnation.