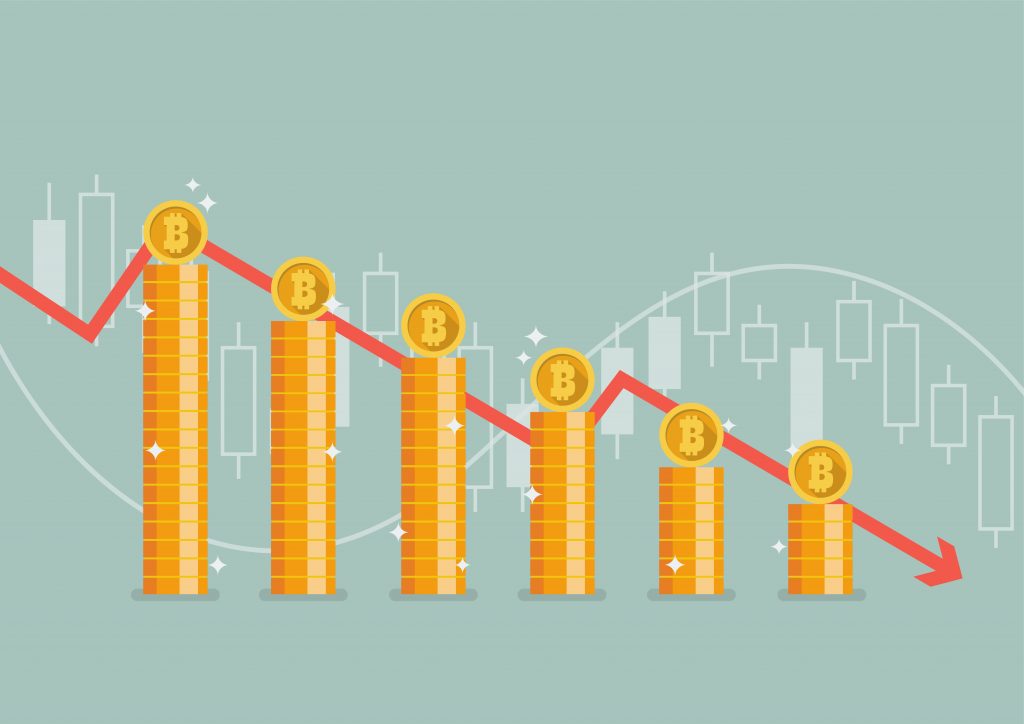 All of the top 50 cryptocurrencies fell by as much as 18.05 percent in the 24 hours to press time, Thursday, Feb.1, as fresh volatility in Bitcoin undermines previous sideways growth.

Cross-exchange data from CoinMarketCap shows the broad copycat effect of Bitcoin’s drop on altcoin markets. Only six altcoins in the top 50 had made 24-hour gains at press time, with these nonetheless trending downwards.

Jaitley also stated that the government does not recognize crypto as legal tender and would seek to freeze out crypto from the “payments network”.  However, industry participants claim his words do not mark any real change in India’s regulatory perspective.

Others, such as BitTorrent creator Bram Cohen, decried negative press attention on India as “FUD”, short for fear, uncertainty and doubt.

Nonetheless, alternative viewpoints were enough to send Bitcoin below $10,000 again Thursday, with new lows centring just below $9600 on averaged readings. Bitcoin is trading at an average of $9,609 at press time, down almost 7 percent today.

Running parallel to the news from India is an ongoing narrative surrounding the impact of Tether’s token supply on Bitcoin prices.

After a curious second market reaction to news that Tether and associate exchange Bitfinex had received subpoenas from regulators in December, analysts are casting doubt on previous assumptions that Tether’s issuance was artificially raising BTC/USD rates.

“Given $USDT stores $2.2B in value — currently 0.4% of aggregate crypto value & 1.3% of total bitcoin value — have a hard time believing it could be systematically propping up these markets,”  Placeholder VC partner Chris Burniske wrote earlier Thursday in a series of tweets on the subject.