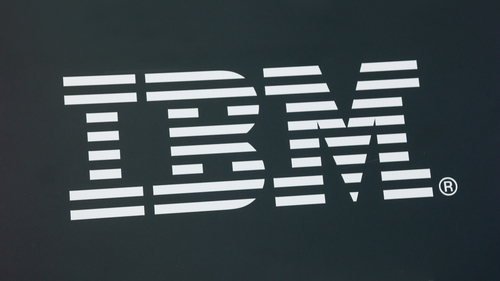 The latest attempt to create a cryptocurrency pegged to the U.S. dollar, or “stablecoin,” combines 21st-century technology with an invention from the Great Depression.

Announced Tuesday, a startup called Stronghold is launching USD Anchor, which will run on the rails of the Stellar blockchain and use its consensus mechanism to verify transactions. The token will be backed one-for-one with U.S. dollars held at a Nevada-charted trust company called Prime Trust, which in turn will deposit the cash at banks insured by the Federal Deposit Insurance Corp.

IBM is partnering on the initiative with Stronghold, and said it will explore various use cases for the token with its financial institution clients.

“What we really want to do is enable all sorts of digital transactional networks to settle their transactions with digital fiat currency on the same blockchain networks,” Jesse Lund, IBM’s head of blockchain services for financial institutions, told CoinDesk.

Stronghold acts as an “anchor,” or on- and off-ramp, to the Stellar network. The startup will issue the digital asset, which represents a claim on U.S. dollars deposited with Prime Trust and ultimately insured by the FDIC, the U.S. agency created in 1933 whose sticker on the doors of bank branches has long reassured Americans their money is safe.

“The process for seamlessly managing and trading assets of any form from digital to traditional currencies, needs to evolve,” said Stronghold’s co-founder and CTO, Sean Bennett, in a release. “Asset-backed tokens can provide seamless access to all currencies, improving the global movement of money.”

As such, the project represents one of several recent efforts to tokenize fiat currency in order to make transactions as fast and frictionless as crypto but without the volatility. The first use cases IBM will pursues will be around cross-border payments in the form of remittances and small-scale foreign exchange transactions.

The stablecoin is now available to institutional clients and IBM aims to “put it to use as quickly as possible,” Lund told CoinDesk, adding,

“I think you will see some solutions that IBM has been backing making use of this certainly before the end of this year.”

Elephant in the room

The project bears at least a superficial resemblance to Tether, the stablecoin issuer that’s been the subject of controversy due to lingering questions about its U.S. dollar reserves.

In both cases, real-world fiat is deposited with a counterparty (Tether in the case of USDT, Prime Trust for USD Anchor) and then represented by a token that zips around on the blockchain.

“You can’t talk about this without talking about Tether,” Lund acknowledged. “But there are certainly some differences with Tether versus what we are doing.”

The most obvious one is the FDIC coverage, and the involvement of a state-chartered trust company, which should give investors confidence that the USD Anchor is fully backed – certainly moreso than the tepid assurances Tether had provided from third-party firms.

Scott Purcell, the CEO and chief trust officer at Prime Trust, said it is fully audited (a distinction that’s eluded Tether) and has relationships with such FDIC-insured institutions as U.S. Bank and Pacific Mercantile Bank.

Since the FDIC only covers deposits up to $250,000 in the event of bank failure, any deposit larger than that would be split and stored at multiple banks. “If we’re holding cash, it has to be FDIC-insured,” Purcell said.

Prime Trust has similar arrangements with other stablecoin issuers, including TrueUSD, he said. It also does know-your-customer (KYC) and anti-money-laundering (AML) checks on token holders, both when they cash in and when they cash out.

A subtler difference is that Tether’s USDT token is mainly used by traders to move value in and out of cryptocurrency exchanges quickly so they can take advantage of arbitrage opportunities. In contrast, IBM envisions the Anchor being used by financial institutions for a host of more mainstream use cases, starting with payments, but moving into areas like food tracking, global trade and supply chain and so on.

“What we are trying to do is make digital currencies more relevant for everyday types of transactions, and not just about trading cryptocurrencies,” Lund said.

For IBM, the stablecoin is only the first step down a path could lead to multiple digital currencies.

“What we envision is a network that has multiple different asset classes living on it. You could have digital euros, digital dollars, digital pounds – and they are all really kind of running on the same networks,” Lund said.

This would provide practical business benefits, he argued.  “This would radically change the whole foreign exchange market because you wouldn’t have to do FX in large blocks like they do now,” Lund said. “FX could be a real-time transaction atomic thing.”

The stablecoin project also represents an expansion of IBM’s partnership with Stellar, which was first revealed in October.

Back then IBM announced it had been working with the Stellar protocol and its native token, lumens, as a bridge currency between money transfer operators in a number of South Pacific island nations. Since then IBM has been busy expanding this into a larger production ready network.

“We haven’t announced anything yet but it includes regulated financial institutions in a whole bunch of other jurisdictions,” said Lund.

The reason IBM has (non-exclusively) partnered with Stellar is because its team has experience in cross-border payments and the protocol scales well with no mining in its consensus system, Lund said.

While IBM is most deeply invested in is Hyperledger Fabric, the last 12 months have seen much additional focus on Stellar, said Lund, concluding:

“I envision we will continue to adopt other blockchain protocols to round out the platform as use cases require.”