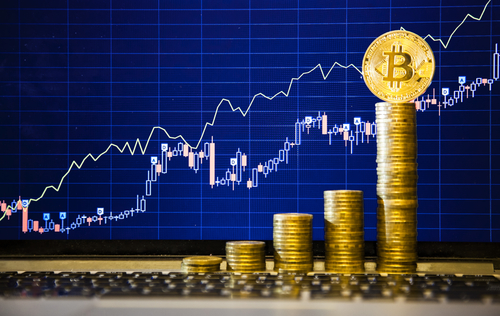 Bitcoin surged more than 40% over the past month, while the rest of the major cryptocurrencies have stalled.

In comparison, Ether recovered less than 15% over the same period. Ripplegained up to 16% yet failed to consolidate gains above 0.50 per US dollar. Bitcoin Cash hindered as well, despite offering better features than the original Bitcoin in terms of speed and scalability.

A number of fundamental catalyzers are believed to be behind Bitcoin’s significant outperformance compared to the rest of the sector.

SEC-regulated cryptocurrency ETFs are on the way

Several money managers are racing to launch regulated cryptocurrency ETFs to appeal institutional investors. The US watchdog Securities and Exchange Commission (SEC) is yet to approve the crypto-based exchanged funds, but if it does, the decision could trigger significant institutional capital inflows into the major cryptocurrencies.

One of the reasons why ETFs are suitable for institutional players is the facility of trading a balanced portfolio in one instrument. For example, San Francisco based asset manager Bitwise has filed to launch an ETF of 10 cryptocurrencies, HOLD 10 Cryptocurrency Index Fund, which will allow investors to hold a diversified, market-cap-weighted portfolio of ten largest cryptocurrencies.

Moreover, the ETFs are liquid financial instruments. They could be easily traded, without paying transaction fees for each single operation.

There is another reason which makes the ETFs very appealing for big money. The ETFs, as futures, is a safe way of storing value on unregulated crypto-investments in the balance sheets of institutional investors. Therefore, regulated cryptocurrency ETFs could be an energy boost in the coming months, if approved.

It is just a matter of time before we hear a verdict. According to market rumours, the first approval to crypto-ETFs could come as soon as August.

This could be the first of a series of regulatory approvals regarding the new asset class. If this is the case, the major altcoins should also take off sooner rather than later. Hence, the ETFs is one but not the major catalyzer of the Bitcoin’s solo performance.

In July, the major credit card provider Mastercard won a patent to manage ‘fractional reserves of blockchain currency’. The idea is to allow Mastercard users to make transactions using Bitcoin as currency.

One advantage of operating on credit card is to speed up payments. Given that Bitcoin transactions take approximately ten minutes, Bitcoin is not suitable for everyday transactions. However, the configuration proposed by Mastercard would allow the transactions to happen instantaneously. If this project sees the daylight, an increasing number of simple transactions could be made via Bitcoin.

Trade frictions between the US and China could be a macro catalyzer and explain why Bitcoin, and not altcoins, rallied over the past month. Some investors pointed out the strange coincidence between the spike in Bitcoin’s price and the devaluation of the Chinese Yuan.

In fact, the devaluation of the Yuan as a result of the US trade threat, has certainly brought Chinese investors, and perhaps some insider traders, to exchange their Yuan versus Bitcoin, and not versus traditional currencies given the restrictions and limitations regarding the foreign exchange operations in China.

Hence, it is a possibility that the rising tensions between the US and China would increasingly benefit to Bitcoin, as the digital currency would help Chinese investors storing at least a part of their foreign holdings in an off-regulation currency.

Although trading Bitcoins is not allowed in China, the anonymous nature of transactions still encourages investors to use this technology to avoid the very much restricted banking system across the emerging market giant.

The latest developments explain why Bitcoin outperformed the rest of cryptocurrencies over the course of the past couple of weeks. Bitcoin is still, and by far, the leading cryptocurrency adopted by the general public, despite the fact that altcoins offer more innovative and appealing features from a technology standpoint.

On the other hand, the rise in Bitcoin’s value and the improved sector sentiment will certainly be an energy boost for the entire crypto-sector, although Bitcoin is not ready to be dethroned anytime soon.