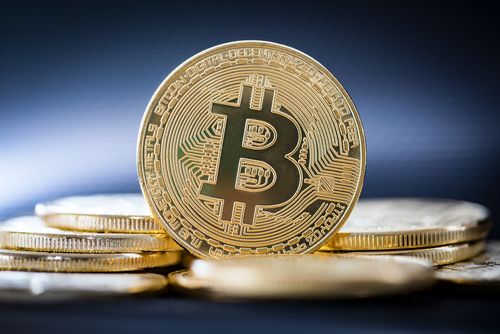 If you believe crypto-currencies are the future this has not been a good week. The value of Ethereum, Bitcoin’s main rival and “the future of crypto” not so long ago, has lurched ever lower and is now 80% below its peak.

Meanwhile, US regulators have acted against companies involved in crypto-currencies and initial coin offerings (ICOs) – schemes to create new coins.

But hope springs eternal, and in recent days both a London art gallery and a Scottish hotel have contacted me about plans to allow their customers to pay with crypto-currencies.

So on this week’s Tech Tent we debate this question: has crypto-currency peaked or do its best days lie ahead?

We invited David Gerard, author of Attack of the 50 Foot Blockchain, a very sceptical take on the crypto landscape, to debate with Christopher Shake, the director of that London gallery, The House of Fine Art.

The gallery’s press release had boasted that it was about to run “the very first art exhibition only available through crypto-currency”.

By the time Mr Shake arrived in our studio that had changed slightly – customers would be encouraged to buy the 500 works in the October exhibition in Bitcoin or a range of other digital currencies but if they wanted to use good old-fashioned dollars or pounds, such payment would be accepted.

“Our main goal is to support and promote our artists,” he says. But as a crypto-currency enthusiast, he explains that there is also problem he wants to solve: people sitting on big crypto assets aren’t able to spend them.

“If a lot of merchants do jump on and accept crypto-currencies, that will add confidence to the market,” he explains.

But David Gerard says things are moving in the opposite direction – fewer merchants are accepting crypto-currencies because they are so volatile and the promise of smooth cost-free transactions has proved illusory.

He says many left during the 2017 Bitcoin bubble. “You couldn’t trust it for volatility, you couldn’t trust it because transactions were slow and often didn’t go through at all. It really destroyed the use-case for the general merchant acceptance of cryptos.”

He sums up his view of the whole crypto market: “It’s not really very interesting or shiny any more.”

But Christopher Shake sees it very differently. He claims that everyone from Goldman Sachs to Amazon and Facebook is now moving into crypto-currencies – something David Gerard says just isn’t the case – and he believes it is an idea whose time has come.

But for all his reservations, David Gerard does not expect Bitcoin in particular to disappear in a hurry. “Bitcoin has spent its entire existence lurching from crisis to crisis, any of which would have killed a sane financial instrument,” he says. “But Bitcoin is more of a strong cultist advocate thing for people who are into it.”

His forecast is that crypto-currency will slowly become more regulated and normalised – a rather different vision from that of the early Bitcoin advocates, who saw it smashing the system and making central banks and governments irrelevant.

Also on this programme, we look at Apple’s new health-focused Watch and ask whether doctors will be flooded with patients worried about what its ECG monitor is telling them. And we get two opposing views on whether the EU’s proposed new copyright law is good for artists or will lead to a censored internet.