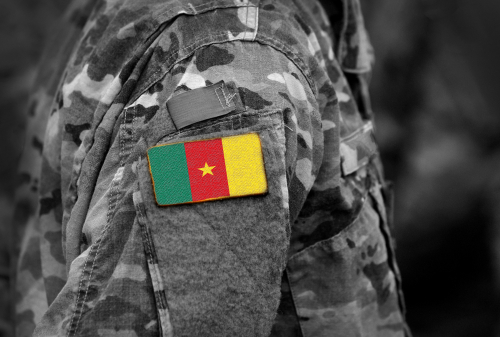 A separatist government in Cameroon’s semi-autonomous English-speaking southern region of Ambazonia has announced the launch of a new sovereign cryptocurrency called AmbaCoin (AMBA). Operating on the ERC-20 standard, AmbaCoin is being touted as the official currency of the “Federal Republic of Ambazonia,” the currently unrecognised country that separatists are pushing to actualise.

QZ Africa reports that more than 20,000 AMBA tokens have been bought out of a total supply of 100,000,000 available in the pre-ICO sale. The actual ICO is scheduled to begin on December 24, with 1 AMBA selling for $0.25. The AMBA has thus become the second cryptocurrency experiment after Venezuela’s Petro to be born out of the need to raise funding and revitalise a struggling economy by a government, albeit an unrecognised one.

AmbaCoin shares a number of key similarities with its Venezuelan cousin in addition to the socioeconomic upheaval that led to its creation. Like the Petro, AmbaCoin claims to be an asset-backed cryptocurrency, with the assets in question being Ambazonia’s “natural resources and future treasury earnings.”

As is the case with the Petro, it is currently unclear how the natural resources and projected earnings that give it value will be quantified and calculated, and it is also unclear how the said resources will be harnessed given that the Cameroonian military still maintains control of Southern Cameroon.

Like the Petro, it also comes with the promise of a new national fiat currency pegged to AmbaCoin and its promoters place a key focus on investment promises and revolutionary rhetoric without necessarily providing a clear explanation of the framework that will ensure the promises are fulfilled.

An excerpt from the AmbaCoin whitepaper reads:

“[AmbaCoin] investors will be able to recoup their investment in the same way as investors can benefit from the acquisition of treasury bonds and bills. As large numbers of people in the Ambazonian diaspora seek to invest in the country, they will be able to recoup their investment with handsome interest far beyond that available from treasury bonds and bills. At the same time, investors will have the unique and privileged opportunity to help put a nation back on track after the decades of misfortune as a marginalised people within Cameroon.”

Paper bond notes representing AmbaCoin tokens are also being prepared ahead of the proposed launch, as shared on the Facebook page of Chris Anu, the separatist government’s Secretary of State for Communications and IT.

Regardless of the economic and technical criticisms of AmbaCoin however, it should be noted that the project cannot be dismissed out of hand because for one thing, there is a genuine street-level demand in the region for money that is not controlled by Cameroon’s Francophone central government. In addition, there is a potentially large investor base of as many as 2 million people in the Anglophone Cameroonian diaspora.