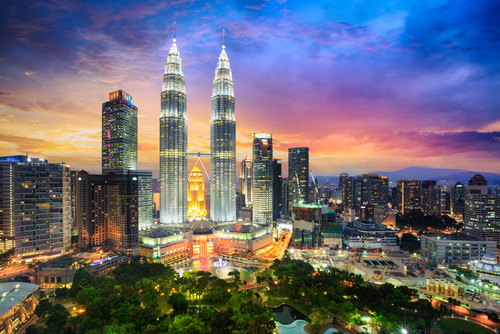 The Malaysian finance minister, Lim Guan Eng, reportedly said today that the Capital Markets and Services Order 2019 would become effective on Jan. 15. According to Reuters, the new regulation classifies digital currencies, tokens and crypto-assets as securities, placing them under the Securities Commission’s authority.

According to Malaysian news outlet The Star, Eng noted the positive outlook of the Ministry of Finance on the cryptocurrency industry, stating:

“The Ministry of Finance views digital assets, as well as its underlying blockchain technologies, as having the potential to bring about innovation in both old and new industries.”

Namely, Eng noted that the ministry believes digital assets offer both an alternative fundraising method and a new asset class for investors.

As Cointelegraph reported, the Malaysian government was still undecided whether to legalize cryptocurrencies just two days ago.

Still, it has reportedly been clear since November of last year that Malaysia will enact regulations for cryptocurrency and ICOs in Q1 2019, as Cointelegraph reported at the time.

1. Malaysia, flooded with plastic waste, to send back some scrap to source.
2. The Future of Blockchain Companies.
3. Blockchain Society: Trustless Blockchain does not scale; A technical summary..
4. Beyond 2020: How blockchain is reshaping our economic, environmental and social orders Pt I.
5. Why Cryptocurrency is the Next Operating System for Capitalism.