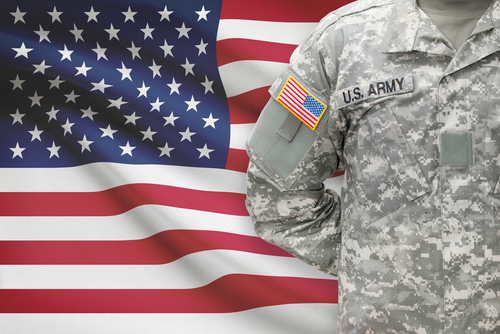 President Donald Trump appeared to signal the withdrawal ‘very soon” of U.S. troops from Syria on Thursday, surprising the Pentagon and State Department.

“By the way, we’re knocking the hell out of ISIS,” Trump told a crowd in Ohio during a speech on infrastructure spending. “We’re coming out of Syria very soon. Let the other people take care of it now, very soon. Very soon, we’re coming out.”

The approximately 2,000 U.S. troops inside Syria have been working alongside Syrian Democratic Forces, reclaiming territory from ISIS to include the city of Raqqa – the terrorist organization’s once self-proclaimed capital in Syria.

In addition, the State Department and U.S. International Agency for Development have dozens of officials working on the ground to stabilize cities and towns after ISIS’s defeat. They work with international partners on demining, rubble removal, and restoring services like water, electricity, and schools and hospitals.

Defense Secretary James Mattis and Secretary of State Rex Tillerson have said repeatedly that those troops will remain and the civilian presence will increase as the U.S. works to prevent a new terror group from forming.

But Trump’s suggestion then that the U.S. could leave “very soon” seemed to catch spokespeople at the Pentagon and State Department off guard.

A Pentagon spokesperson referred questions about the president’s comment to the White House. State Department spokesperson Heather Nauert said she was unaware of any new policy to withdraw U.S. forces.

A spokesperson for the White House National Security Council did not respond to a request to comment.

The comment also contradicts how the president himself has spoken about American military action – as he has repeatedly insisted the U.S. not set timelines or telegraph actions to the enemy.

“America’s enemies must never know our plans, or believe they can wait us out,” Trump said at Fort Myer, Va., in August while announcing a new strategy for the war in Afghanistan.

Mattis has made the same argument, writing in a letter to Congress in January, “We do not have a timeline-based approach to our presence in either Iraq or Syria.”

Withdrawing “prematurely,” he added, would only give ISIS the opportunity “to regenerate capabilities and reestablish local control of territory… We, along with the Coalition and our partners, remain committed to ISIS’s permanent defeat.”

While the U.S.-led coalition has made significant progress against ISIS, the group has not been destroyed completely. Meanwhile, Syrian dictator Bashar al-Assad continues to wage a civil war on his own people – backed by the Russian government.

Mattis, Tillerson, and U.S. special envoy to the U.S.-led coalition Brett McGurk have all said the U.S. would stay in Syria until ISIS has been defeated and a political process is underway – neither of which is currently true.

“Important work remains to guarantee the lasting defeat of these violent extremists,” Chief Pentagon spokesperson Dana White said in Thursday’s Pentagon briefing prior to Trump’s comments. “Our commitment to win must outlast the so-called physical caliphate, and the warped ideas that guide the calculated cruelty of ISIS.”