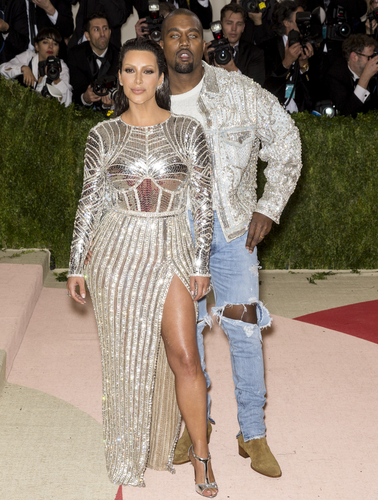 A lyric on his new album about potentially taking his own life is an accurate reflection of his thoughts, the rapper says,

Kanye West says he has considered suicide in the past in an interview where he also talked about the backlash from his comments about slavery.

The US rapper said he had been concerned wife Kim Kardashian might leave him after he claimed slavery sounded “like a choice”.

The opening track on West’s new album, Ye, is called I Thought About Killing You.

It contains the lyrics: “Today I thought about killing you, premeditated murder/I think about killing myself/And I, I love myself way more than I love you.”

Asked whether the lines were an accurate reflection of his thoughts, he told The New York Times: “Oh yeah, I’ve thought about killing myself all the time.

“It’s always an option. Like Louis CK said, I flip through the manual. I weigh all the options.”

West’s comments about slavery were made in an interview with celebrity news website TMZ.

After that appearance, his “energy levels were low”, he explained.

“I called different family members and was asking, you know, ‘Was Kim thinking about leaving me after TMZ?’ So that was a real conversation.”

Returning to what he said on the TV show, he talked about the backlash from the slavery comments.

He said: “I learned so much. I learned about the context of the idea of the word slave. I didn’t take it in that context,” West told the newspaper, before insisting he “never” actually said slavery was “a choice”.

West explained: “I said the idea of sitting in something for 400 years sounds – sounds – like a choice to me.

West also spoke about his support for Donald Trump, saying he felt celebrities were “scared” to say they liked the president.

He also felt pressured to support Hillary Clinton in the 2016 presidential election. “It was like an arranged marriage or something,” he said.

“I was living inside of some universe that was created by the mob-thought, and I had lost who I was, so that’s when I was in the sunken place.