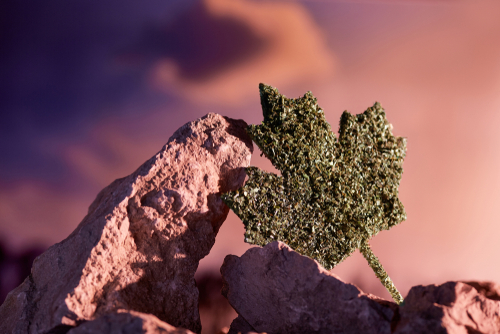 What Canada’s Legalization of Marijuana Means to the US, Eh

Last week Canada announced a landmark decision in the history of legal cannabis when the Senate put the final stamp of approval on the law legalizing the recreational use of marijuana all across the country. This will make the Canucks the first G7 nation, and the second country in the world, to legalize recreational cannabis – only beaten to the finish line by the small South American republic of Uruguay.

“It’s an enormous milestone for the industry as a whole that will further validate the recreational industry and further separate it from the medical applications one,” said Aras Azadian, CEO of Canada-based cannabinoids biotech company Avicanna.

Following the Senate decision, Prime Minister Justin Trudeau announced the new legislation will kick in on October 17, 2018, and that the recreational use of cannabis will remain illegal and punishable by law before that date. Nothing has changed with regards to medical cannabis, which has been legal in Canada since 2001.

While nine U.S. states have legalized the recreational use of marijuana, it still remains illegal at a federal level. This puts the U.S. in the rare position of not being at the forefront of a major disruptive change in an industry.

“But it is Canada today who is disrupting two of the biggest business niches on the planet: the pharmaceutical and alcohol industries. First, by legalizing medical marijuana and now recreational cannabis.”

Still, Canadian cannabis legalization will have a positive effect on the U.S. market. I talked with experts and cannabis industry insiders to get their perspective. Here’s what they said.

“This could lead other countries, including the U.S., to question the U.N. position [which limits the use of controlled substances to medicinal and scientific purpose] arguing, ‘if Canada can legalize cannabis, why can’t we?’”

In addition, as U.S. citizens and businesspeople see the big economic impact of legalization in Canada, they too will pressure for this move in the U.S., seeking to reap the benefits of the nascent industry, which could (and will) be a lot larger in the U.S., given its population and overall economic position.

“As goes Canada, so will the U.S. and its public markets,” Bocskor said, suggesting Canada would provide important lessons of what works and what doesn’t.

“We expect Canada will serve as a proxy for best practices in the U.S. (and elsewhere), particularly in large scale cultivation. With the onset of full legalization in October, we expect a surge in new public company filings that should facilitate a greater level of transparency from required financial disclosures and enable investors to better assess industry fundamentals. Accordingly, we could soon observe a shift in stock movements that are predicated on intrinsic versus relative valuations.”

“Broadband adoption and cannabis have more in common than the distinction of being the two highest growth sectors in the U.S. over the past 50 years would suggest. Technology, once considered an industry, is now an unmistakable part of every industry. Given its undeniable impact on each of our senses, cannabis is headed in a similar direction.”

“In the U.S., the warning sign on the side mirror of your car holds true for the windshield of cannabis life. Inevitable federal legalization implies exponential innovation as an expected consequence of government aligning with culture and finance. Capital markets functioning under federal jurisdiction are an essential boost to R&D efforts with broad global implications for sectors ranging from agriculture to healthcare and artificial intelligence to hospitality. We remain optimistic about this plant’s return to many aspects of our lives and the incredible opportunity this provides us to build a responsible and profitable industry as we emerge from this dark period of prohibition.”

“While Canada’s legalization of cannabis is very exciting and should hopefully accelerate the inevitable move towards legalization in the U.S., the reality is that Canadian and domestic cannabis companies have been making moves in anticipation of this day for quite some time. We have been seeing a considerable amount of transactional activity between Canadian and US cannabis companies for at least the last 12 months, with a steady build up over the last 4-6 months in Canadian acquisition of US-based cannabis assets and cross-border licensing deals. In the short-term, we might see an increase in domestic cannabis companies engaging in Canadian IPOs, with Canada positioning itself to be a major player in global cannabis markets.”

“With the maturation of the Canadian cannabis market, there has never been a better time to observe industries of scale adapting to a federally regulated market. The legal Canadian marketplace is seeing an influx of capital and consolidation efforts between the top players. If Canada’s producers out-supply demand for the product, price fluctuation will bring volatility across the market. Canadians will navigate the challenges and benefits of legalization under the international community’s watchful eye, providing us much to learn from before prohibition ends in the U.S.

“A mature Canadian market offers a larger research population of adult-use consumers and medical patients than previously available. Researchers are poised to take advantage of adult-use consumers as a source of new study that wasn’t possible in the past. Distinctions between medical and adult-use are vital to the research community, and the opportunity to evaluate social conditioning and cannabis as a public health concern is now made more accessible for study.”

“We still don’t know if Canada will have access to banking, and more importantly, have issued guidance on how to bank the industry. They’re going to have the same challenges all banks have with compliance and transparency and the lack of tools to actually comply with whatever regulations are put in place. It’s a little too simple to just say it’s legal now all is fine with the world.”

“The United States remains in limbo in relation to national cannabis policy, sandwiched between Canada to the north who has legalized for recreational and medical cannabis, and Mexico to the south, who recently legalized medical cannabis and is now considering legalizing recreational use.  It seems like the gridlock in DC, which has been keeping numerous issues from being resolved, is also impacting our ability to emerge as leaders in the new global cannabis economy, and it’s a shame that we are going to be entering the global cannabis economy later in the game.  If we had gone by what the polls and the general U.S. public desired over well-moneyed special interest groups who weren’t looking at a bigger picture, cannabis would have been legalized or decriminalized much sooner. It will be interesting to see how the federal government responds.”

“Canadian legalization is a major step forward for the global cannabis industry. As the First Nation in the G7 to federally legalize, Canada is setting an example for America to follow. It will be interesting to watch what kind of Fire this lights under our current administration to expedite the legalization of marijuana. I can’t imagine our current president likes the idea of Canada trumping him to the economic stimulus that the cannabis industry has proven to provide.”

“I think the federal legalization of marijuana in Canada serves as a harbinger of what’s to come in the US.  Canada has helped reframe the conversation around the use of cannabis based products.  The Canadian market is sophisticated and education the both the benefits and drawback of using marijuana.  Canada has a sane approach to the product and market that the America market seems to be co-opting.”

“Canada has a chance to show the US how it’s done. It’s a huge opportunity to show people that federal legalization is something truly beneficial, and not only from a commercial standpoint. Bringing the industry into the light will create jobs, protect children and vulnerable populations, and could even be an answer to the opioid crisis. I hope that Canada’s example will strengthen everyone who is pushing for cannabis legalization and destigmatization in the U.S.”

“Lack of banking availability in the U.S. means that much of the marijuana industry in this country is operating in an economic black hole. A legal, well-regulated marijuana industry in Canada would further highlight the dysfunctionality of US marijuana policy and could be an impetus for a long overdue federal solution.”

“I believe this will have an effect on financial institutions and their regulators in the US. With such a large neighbor enacting such legislation, this furthers the growing belief that State legalized marijuana is not going away easily in the US. Banks, credit unions, and their regulators will need to find common ground on how to responsibly bank the space to the benefit of public safety, taxation, and transparency.”