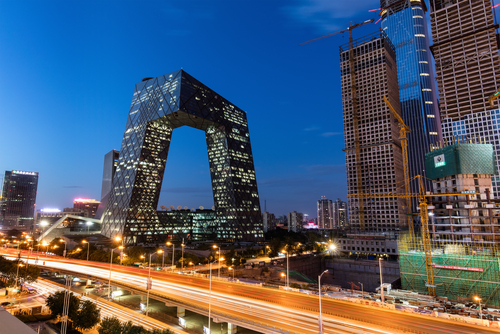 Later this year, Beijing will host the world’s leading China-Europe business event, the International Capital Conference. This is one of many indicators of the spectacular city’s growing popularity as a meetings, incentives, conferences, exhibitions (MICE) destination.

It has already attracted global and regional events — linking stakeholders from all over the world at APEC, The Global Mobile Internet Conference, and the 8th Clean Energy Ministerial. And the number of conferences held in China’s capital has only gone up, recently as much as 20 percent.

Home to multinational companies and cutting-edge architecture, the modern metropolis is a bridge between rich Chinese culture dating back over three millennia and 21st century innovation.

Beijing is equipped with world-caliber infrastructure —from an extensive city subway network to new high-speed rail routes. It also boasts experts on the ground who ensure that every tour or event is planned to precision — be it a large-scale show at the New China International Exhibition Center or an exclusive gathering at the glamorous and recently opened Bulgari Hotel.

Augmenting Beijing’s corporate capacity and overall tourism, a new policy, 144-Hour Visa-Free Transit, allows certain en-route travellers to stay up to six days in Beijing, and nearby Tianjin and Hebei, on a visa exemption.

In under a week, visitors can take in Beijing opera, museums and the Great Wall of China, learn to make dumplings, and enjoy Tax-Free Shopping from the Pearl Market to Wangfujing Street and beyond.

Dongcheng is the heart of Beijing’s historical core. Tiananmen Square, the National Museum of China, the Mausoleum of Mao Zedong and the Forbidden City are all must-sees. The Great Hall of People has hosted events such as the National People’s Congress and First World Conference on Tourism for Development ceremonies. Some of the area’s narrow alleys or hutongs are 700 years old. Others, like Yangmeizhu Xiejie, have been restyled with trendy designer boutiques. Try a bowl of authentic hot miancha or a plate of Peking duck in the hutong stalls. Then head to Qianmen Street for Chinese brands and tax-refundable shopping.

Situated in the northern part of the city, the 2008 Beijing Olympic Games sites are chapters in modern history. Among them, the National Aquatics Center, known as the Water Cube, has been transformed into China’s biggest water park. The National Sports Museum of China, in the Asian Games Village, showcases athleticism through the centuries. As such, Beijing will make history as the first city to host both Summer and Winter Olympic Games in 2022. The Beijing National Stadium promises further tax-free shopping, for products with logos from the Olympics, the Asian Games, APEC and the “Belt and Road” Forum. The China National Convention Center, the press hub for the 2008 games, is today a top-tier exhibition site which hosted the First Global Cross-Border E-Commerce Conference in 2018.

The 144-Hour Visa-Free Transit policy has the benefit of not only allowing travel throughout Beijing but also neighbouring Tianjin and Hebei. China Railway High-speed trains operate between Beijing and the two areas. It takes 30 minutes to get from Beijing to Tianjin; under two hours between Tianjin and Baoding, Hebei. The latter is home to Han tombs in Mancheng. In bustling Tianjin, visit the Binhai Cultural Center or go back to the Qing Dynasty period on Ancient Culture Street. Travellers can also get to the Great Wall by train from Beijing’s Changping District, Huangtudian Railway Station, to Badaling Railway Station. The once-in-a-lifetime excursion takes less than two hours. The Great Wall of Badaling is the ancient fortification’s most spectacular and well-preserved section.

China is the second largest art market in the world. Discovering established and emerging local talent is easy in Beijing. Less than a half hour drive from Beijing Capital Airport, the 798 Art Zone is perfect for a half-day of exploration before flying out. Here, disused factories on the edge of the Dashanzi District have taken on new life as inspiring art spaces. Brimming with culture and lively cafés, this creative quarter features the Beijing Minsheng Art Museum and White Box Museum of Art among others. Nearby, luxury newcomer NUO Hotel Beijing is a testament to the area’s flourishing. It boasts executive function rooms, a ballroom and planning expertise through its professional events and banqueting team.