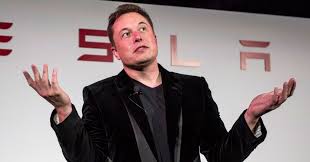 Tesla chief executive Elon Musk says he will no longer be taking the electric car maker private, just two weeks after saying he was considering a deal.

The plan was cancelled after a board meeting on Thursday, he wrote in a post published on the company’s site.

Since Mr Musk announced his plan to delist Tesla, its share price has dropped by 20%.

He said he had told the board “that I believe the better path is for Tesla to remain public,” and that they agreed.

Mr Musk, who owns about a fifth of the company, said he had spoken with shareholders and major banks to consider the privatisation but found the sentiment was “please don’t do this”.

Earlier this month, Elon Musk shocked investors by announcing on Twitter that he had funding secured to take Tesla private at a value of $72bn (£57bn).

It later transpired that he had not closed a deal with Saudi Arabia’s sovereign wealth fund, with unhappy investors launching a lawsuit against him after the news.

The lawsuits are still continuing against Mr Musk despite his cancellation of the privatisation plan, as is an investigation by the US Securities and Exchange Commission to see if the tweet broke securities laws.

The billionaire entrepreneur has complained since floating the company on the stock market that quarterly scrutiny of Tesla’s finances encourages short-term thinking.

Tesla shares rose sharply on 7 August following Mr Musk’s suggestion he would take Tesla private, but have continued to fall since then.

The slide has been good news for short sellers, who bet that Tesla’s share price would fall.

Mr Musk has a well-known dislike of short sellers, whom he has called “jerks who want us to die” and has argued that taking Tesla off the stock exchange would shield it from their attacks.

Shares fell even further after Mr Musk gave an emotional interview to the New York Times, in which he said he was working 120 hour weeks and had been using sedatives.

Tesla directors reportedly told him to restrict his use of Twitter in recent days, according to the paper.

Tesla has faced growing financial pressures this year as it works to build more of its Model 3 cars.

On 1 August, as Tesla reported another record loss, Mr Musk said he expected the company to be profitable in the second half of 2018 and every quarter going forward.

But there is growing scepticism that Tesla can pull it off.

The company delighted investors with a surprise first quarter profit in 2013thanks to sales of its Model S car – at the time the first profit in the company’s history.