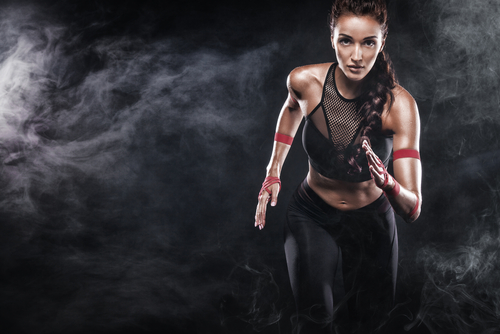 Exercise is one of the best ways to make yourself feel better, but you also need the energy levels to do it. Here are some simple steps to take

1. Make sure you exercise

It may seem counterintuitive, but exercising more when you are low on energy or stamina could actually help in the long term. A study in 2017 found that regular exercise had a positive impact on fatigue, while another suggested prescribing it to older adults to improve their stamina.

If you are looking to improve your stamina in one area or sport, your instinct might be to focus solely on that. But research has found that a mixture of different activities could provide the greatest benefit – one study, for example, suggested a mixture of strength and aerobic exercise. Circuit training has also been found to improve endurance.

3. Try to branch out

The obvious stamina-boosting exercises, such as running or weight-training, are all very well, but you may also benefit from trying less conventional exercises. Yoga, for example, may have a significant benefit to endurance levels – yet another reason to branch out from the same boring daily run.

4. What you eat can help

It’s not all about exercise – small amounts of caffeine have been to shown to improve the sprint performance of elite athletes. Ginseng and ashwagandha root extract also help improve stamina, while complex carbohydrates and proteins are often recommended by dietitians to those hoping to boost their endurance.

Not all foodstuffs are created equal, however, and some of those promising tantalising benefits to your stamina may not be all they are cracked up to be. There are claims, for example, that energy drinks may improve performance, but research suggests they have very little therapeutic benefit. Probiotic supplements, which are often promised to boost stamina, were also found to have no discernible impact.

6. Look after your mental health

Stamina is not just about physical strength – your mental attitude has something to do with it, too. In one study, a stress management workshop that included the teaching of stamina-increasing techniques was found to have a positive effect on both the stamina and stress levels of participants, while preliminary research has tentatively suggested that positive emotions in elite athletes are linked to peak performance. The study that investigated yoga’s impact on stamina backed this up – meditation helped participants improve levels of fatigue, as well as feelings of peace and focus.

7. Give yourself some recovery time

It’s all very well having a good diet and exercising more, but your body also needs a rest. In a study comparing post-exercise recovery methods, researchers suggest athletes should take at least 72 hours between competitive bouts of sport. While the average exerciser probably doesn’t need that much rest between gym sessions, it is important to give your body a break, too.