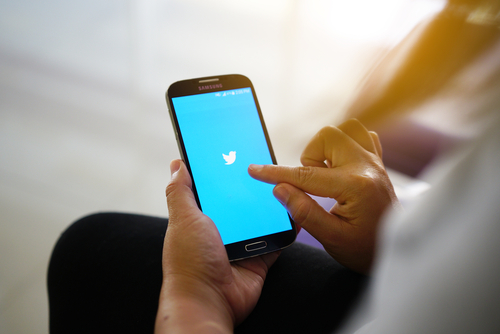 Twitter Trolls Are Affecting the Company’s Bottom Line. Here’s How.

Tech stocks are down again today, but which companies on the Entrepreneur Index™ were up?

An end of week rally in the stock market this morning petered out, with the Dow index posting a small gain while the S&P 500 and Nasdaq 100 indexes ended up in the red. The Entrepreneur Index™ was down 0.45 percent. Real estate investment trusts (REITs) and financial service companies were up on the day, while tech stocks fell again.

The battle with the bots is taking a toll on Twitter. The social media network has been busy closing automated accounts on its network that propagate messages on behalf of a variety of interests and causes. The latest have been pumping messages in support of Saudi Arabia and Crown Prince Mohammed bin Salman in the wake of the apparent murder of journalist Jamal Khashoggi.

Twitter shares have struggled since the company announced that monthly users on the network had dropped in the second quarter — largely because of the company’s efforts to clean house. Shares were down 1.57 percent today and have fallen by nearly a third since early July. The stock is still up 21 percent for the year.

Technology stocks as a group have been the most volatile sector in the market of late. The Nasdaq 100 was down just 0.12 percent today but most tech stocks on the Entrepreneur Index™ posted declines.

Graphics chip-maker NVIDIA, despite or because of its high growth trajectory, has been among the most volatile stocks on the index this week. It was down 4.33 percent today — the biggest decline on the index. Netflix was a close second, falling 4.05 percent. Alphabet Inc. (0.78 percent) and Cognizant Technology (0.19 percent) were the only tech stocks on the index to post gains today.

Homebuilder D.R. Horton continued its recent slide. The shares were down 3.91 percent. Rising interest rates and deteriorating housing market statistics have knocked 30 percent off the stock price this year.

Apparel manufacturers also got a dressing down today. Ralph Lauren fell 2.5 percent and Under Armour was off 2.26 percent. L Brands — maker of Victoria’s Secret lingerie — fell 3.77 percent, in part from growing concerns about Walmart’s recent purchase of lingerie competitor Bare Necessities. That company will continue to operate independently but Walmart will sell its products online. Walmart was up 1.02 percent today.

Not every company is getting punished after posting good earnings results. J.M. Smucker had a sweet 2.02 percent gain on the strength of third quarter earnings that beat estimates by two cents.

A mix of other stocks on the index posted gains on the day. Financial services companies continued to shine. Capital One Financial was up 1.42 percent, while investment bank Jefferies Financial Group rose a more modest 0.23 percent. Mutual fund giant Franklin Resources was up 2.06 percent, the biggest gain on the index today. REITs Simon Property Group (0.96 percent), Equity Residential (0.71 percent) and Essex Property Trust (0.61 percent) were all up for the second consecutive day.

FedEx bounced off a bad day yesterday to rise 1.16 percent and Jack Daniels-maker Brown-Forman Corp., which has suffered from rising tariffs this year, was up 1.28%. It is still down 12 percent on the year.