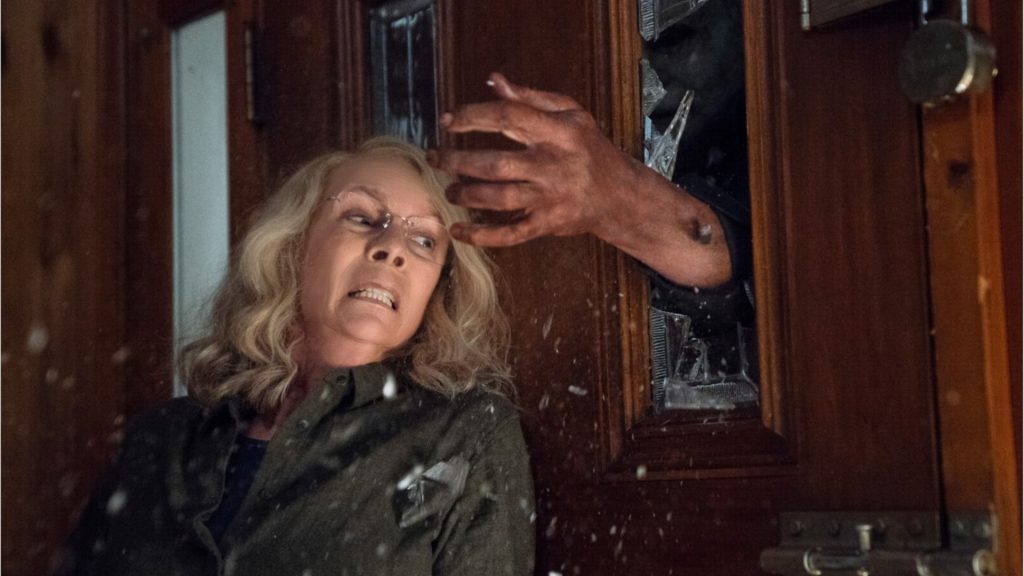 Jamie Lee Curtis has broken new ground for women at the box office thanks to the role that first made her famous: Laurie Strode, the protagonist of “Halloween” and one of horror’s most famous heroines.

This weekend, David Gordon Green’s sequel to the 1978 slasher earned an opening of $77.5 million, making it the largest box office opening for a film with a woman over the age of 55 in the lead role.

“Jamie Lee Curtis is an absolute force of nature in this film,” said Universal Domestic Distribution President Jim Orr. “We knew that we had something special with this actress and this role in a film that’s decades in the making.”

And Curtis certainly has bragging rights.

While many slasher films drive their box office off the appeal of their murderous antagonists — Freddy Krueger for “Nightmare on Elm Street,” Jason Voorhees for “Friday the 13th” — “Halloween” has more than just the cold emotionless serial killer Michael Myers. It has the Golden Globe-winning Curtis playing Laurie, an actor/character pair that perhaps can only be rivaled by Sigourney Weaver’s Ellen Ripley in “Alien” when it comes to famous women in horror.

The “Halloween” franchise has indeed gone to Curtis to drive interest, as this 2018 sequel is her fifth appearance in the franchise. Along with the original, she also starred in “Halloween II” in 1981, “Halloween H20” in 1998 and “Halloween: Resurrection” in 2002, the last of which opened with Laurie finally meeting her demise at the hands of Michael. All three sequels have been widely regarded as inferior to the original, and the new film retcons them all out of the franchise’s timeline.

But this “Halloween” treats Laurie differently, both in Green’s story and in Universal’s marketing. For decades, “Halloween” has been the subject of feminist criticism, pinning it as the film that popularized the use of the “final girl” (the one survivor of the slasher film who is often a virgin while more sexually promiscuous women are killed off). Critics have also noted that while Laurie fights off Michael, he survives, and it ultimately takes several gunshots from Michael’s psychiatrist, Dr. Loomis, to save her.

“The movie has bred 1000 PhDs, but… in retrospect, I know that was not the intention here. It was not a feminist statement. It had nothing to do with the fact that promiscuous girls died and the virgin lived, none of it,” Curtis said in an interview with Bustle. “It was written as an emotional journey of a very vulnerable girl being chosen as the centerpoint of this story, where this vulnerable creature is in collision with pure evil, and she’s somewhat an archetype of this young vulnerable dreamer.”

But despite this, Laurie Strode has grown over the years to become an icon as a survivor who withstood the attacks of a cold, violent man, and one whom Curtis has said she is fond of for “her resilience and her strength.”

Now, 40 years later, the new “Halloween” and its marketing have completely embraced the image of Laurie as the ultimate survivor. The trailers for the film show her preparing for the day Michael breaks out of the psych ward and comes hunting for her again, arming her house with guns and a security system. And when Michael escapes, it’s treated as the horror rematch of the century, with Laurie as the hunter.

Both critics and “Halloween” fans have responded positively to this new portrayal. Critics have given the film an 80 percent on Rotten Tomatoes, the highest for any sequel in the series, while fans gave it a B+ on CinemaScore. Even before the film was released, Strode’s legacy led to a touching moment at San Diego Comic-Con, when a fan told Curtis that her performance was a source of strength for him when his home was broken into by a person with a knife.

“I was scared out of my mind, and out of nowhere this thought inside of me went, ‘Well, what would Jamie Lee Curtis do?'” the fan told her. “To make a long story short, I’m here today because of the way that you portrayed Laurie Strode. I’m a victor today instead of a victim.”

Prior to the film’s release, comScore’s Paul Dergarabedian noted that now was a better time than ever to bring “Halloween” back. As actors are returning to iconic roles decades after they first played them — see Harrison Ford in “Star Wars: The Force Awakens” and “Blade Runner 2049” — it’s the right time to try that nostalgia appeal with one of horror’s staple franchises.

“At a time when horror is more popular with moviegoers than its been in decades and there’s a demand to see women in lead roles, [‘Halloween’] is definitely going to be the film to watch not just this weekend, but all the way up to Halloween night.”