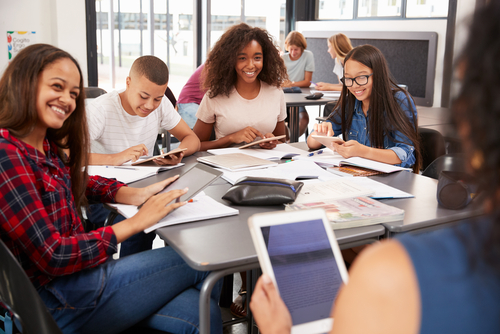 A few weeks ago, a middle-aged friend joked to some office colleagues that he found millennials frustrating to handle — “until you have to convert a PDF file into a word document”.

An actual millennial — normally defined as someone born between the early 1980s and 1996 — was furious. “I could do without the ageist jokes,” she wrote in an email. “In 10 years, [people] will see this as the equivalent as saying everyone hates blacks — until they need a basketball player.”

The row escalated. “This is the most entitled nonsense I have ever received from a colleague,” my middle-aged friend replied. “You should probably be more leery about calling a millennial’s feedback entitled nonsense,” the millennial retorted. It took some time until a sense of humour was restored.

On one level, this is almost funny. But it also highlights a bigger point: for better or worse, the advertising industry has been remarkably adept in recent years at persuading us to embrace the idea that there are distinct generational cohorts.

The concept first took off about 50 years ago, when economists and advertisers created the phrase “baby boomers” to refer to people born in the high-growth postwar years. Then came the “Generation X” moniker, for people (like me) born between the mid-1960s and 1980s. Most recently, the label “centennials” or “Generation Z” emerged, to describe those born after 1995.

However, it is the “millennial” (also known as “Generation Y”) tag that is most widely used today to define new political and social trends: Factiva data suggests that the term has appeared no fewer than 45,000 times in the global media in the past three months (four times as many as “baby boomers”.)

And it is the millennial label that tends to provoke the most tension: baby boomers and Gen X grumble that millennials are entitled and unfocused (or so the stereotype goes). Millennials retort that the older generation has created an economic mess, benefited from home ownership and pensions that they can only dream of, and that they have been forced to become more creative, resilient and socially minded as a result.

As this tussle plays out in offices everyday, a certain irony hangs over the debate. If you look closely at that millennial label, it is starting to look rather, dare I say, old, if not past its sell-by date — so much so, that some think it is actually time to stop talking about millennials altogether.

Take JWT, the advertising group. It recently did an extensive analysis of modern consumption patterns, identities and political affiliations. Unsurprisingly, it revealed big differences in behaviour and attitude between generations. But it also showed that millennials who are aged over 30 don’t think in a similar way to the younger millennials who are in their twenties.

If anything, the older millennials tend to identify more with the younger Generation X, particularly since Gen X is refusing to “grow old” like their forerunners. So JWT suggests we need to split millennials into two groups: the “true” millennials and a new class of “xennials”, or those born in the late 1970s and early 1980s.

“A new generational cohort is emerging, and it’s one to which marketers need to pay attention,” the research paper, called The New Adulthood, observes, noting that other advertisers have proposed different names to describe this group, such as the “Oregon Trail” generation (after a popular 1990s video game) or “Generation Catalano” (after a character in My So-Called Life, a teen drama from the same era).

“[Xennials] grew up with technology, but aren’t necessarily digital natives,” JWT says. “They were disillusioned, but not completely shattered, by the recession. They redefined family life . . . and popularised so much of today’s hipster culture.”

Part of me is tempted to say, “Who cares?” As anthropologists have pointed out, even the concepts of “child”, “teenager”, “adult” and “pensioner” are shaped as much by culture as biology. It is no surprise that our modern classifications are fluid too.

But what is interesting about this debate is the factors that are being used to define groups. In most past societies studied by anthropologists, age cohorts were defined by whether people were potentially fertile or not, and whether they were married and had children. In the 20th century, classification revolved around issues such as education, legal rights and pensions. The landmarks that advertisers use today are different, ranging from technology (was someone born a digital native or not?) to financial insecurity (did they live through the 2008 crisis?) to historical events (did they witness the collapse of the Soviet Union?). “Age” is defined through experiences rather than just biology alone.

So the next time you hear somebody arguing about millennials, tell them they should really be talking about xennials instead. No, that probably won’t stop inter-generational spats but it might make us rethink the subjective nature of all our labels, including teenager and pensioner. And as those xennials turn 40, they may well be sniping at the millennials too — or at the centennials, who could be creating waves of their own.