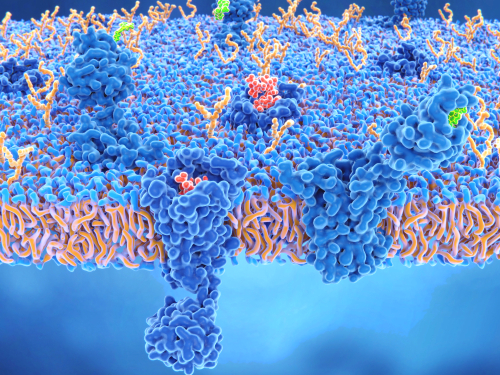 What You Need to Know About The Endocannabinoid System

Sceintists are just beginning to understand the health benefits ECS. Here’s what we know so far.

One of the most common questions I get about CBD is, “Why does it seem to help with so many different ailments that are completely unrelated?” The answer is simple: Because humans, like all mammals, have an endocannabinoid system (ECS).

Unlike other systems in our bodies like the skeletal, central nervous or respiratory systems, the endocannabinoid system is difficult to depict in a diagram because it is comprised of microscopic, subcellular proteins, enzymes and receptors that exist in various concentrations throughout the human body.

The name stems from endogenous (substance or process originating from within an organism, tissue or cell) and cannabinoid (named for the plant, cannabis, responsible for its discovery). It is believed that the endocannabinoid system, present in all mammals, evolved in primitive animals over 600 million years ago.

The Endocannabinoid system is comprised of three main components:

The endocannabinoid system is considered to “exist” when endocannabinoids, enzymes and at least one receptor type are all present in the same tissue. This co-localization is most common in the brain, organs, central and peripheral nervous system, connective tissue, the immune system and glands.

The primary function of the ECS is to promote homeostasis (the tendency of organisms to auto-regulate and maintain a stable, balanced environment). In fact, the name anandamide is rooted in Sanskrit and means “bliss molecule”. Cannabinoids work to create homeostasis from the sub-cellular level outward to organs, systems and organisms themselves. This may explain why cannabinoids are thought to have an impact on ill health and dysfunction across such a broad range of ailments from mood and stress to appetite, energy, support of the immune system — even an individual’s perception of and relationship with her community and environment.

Through the process of monitoring and mediating neurogenesis (growth and development of nerve tissue) and learning, cannabinoids are even thought to help people break down and move past limiting thought patterns opening whole new social and environmental opportunities.

Given the ubiquitous nature and apparent impact of the system, it is no wonder that the ECS is being studied more and more by the scientific community.

Given this information, one thing is clear to me: Establishing a healthy, fully functioning endocannabinoid system is essential in maintaining physical and mental health. Adding a high-quality CBD supplement to your diet is a great way to boost your ECS. The reason for this is that many people do not naturally produce enough endocannabinoids to maintain homeostasis. This may be due to stress, diet, toxins in the environment or a combination of these elements. Unlike THC, which plugs into the receptors and makes the signal murky, CBD works around the receptors to create more AEA. It does this by blocking the enzyme FAAH from breaking down the AEA which frees up more of it to do its job within the endocannabinoid system thereby promoting homeostasis.

Since the body naturally creates its own endocannabinoids with the help of fatty acids, adding fatty acids like Omega-3, 6 or 9 to your diet will promote the body’s generation of AEA and 2-AG. Choosing a CBD supplement with a carrier oil like organic hempseed oil will boost your ECS with the CBD needed to block FAAH and the fatty acids to help your brain produce more AEA and 2AG.

There’s still a ton we don’t know about the endocannabinoid system. Hopefully, with positive developments such as an increase in states legalizing cannabis and the FDA approving its first cannabis-based drug, more needed research is on its way.