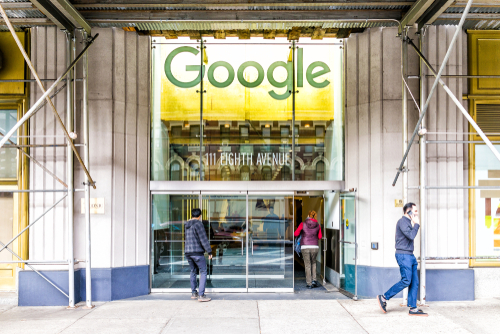 Facebook and Google Are Not So High On Cannabis

With cannabis becoming legalized across states, and now country borders, power players in the ad industry are hindering growth.

Imagine being a publicly-traded or successfully raising millions of capital to begin a startup in the U.S., without hardly any way to market yourselves efficiently.

But this is exactly where we are within the cannabis space — media giants, such as Google, Facebook, and others will not allow the advertising of legal cannabis.

This has to change. With cannabis stocks on the rise and revenue estimates in the billions, it’s time we recognize the robust need to allow cannabis brands to advertise. This is necessary not only for the purposes of increasing sales, but also for providing a platform to educate and deliver factually relevant information to the public and consumers.

The government and the media must find common ground to deliver on a solution. Conversations need to be had in order for consumers to be able to make responsible and informed decisions. Should the uncertainty continue surrounding advertising regulations and compliance, Google, Facebook, and other advertising powerhouses will remain apprehensive about entering this legitimate growing industry otherwise.

In the United States, cannabis is still considered illegal at a Federal level. This has led to many unanswered questions regarding advertising regulations and how to remain compliant. Each state generally has their own set of guidelines with which a company must comply. For example, advertisements in California may contain promotional offers, while in Washington State they cannot.

Businesses must make sure they are not crossing state lines with their messaging, and their target audiences must be of legal age. Although there has been some progress on a state level, the air of uncertainty and caution will endure in advertising as long as cannabis is defined as an illegal drug in the United States.

While cannabis companies continue to paddle through the murky waters of regulations, ad-tech and data are poised to play a major role in guiding those companies and expanding their horizons to market and target effectively. Cannabis companies are eager and enthusiastic to learn that there are highly-credible ad-tech alternatives at their disposal. These ad-tech companies are working with cannabis brands because they are confident that their guidance would both benefit their businesses and ensure they are following regulations.

Ad-tech companies now have the capability to determine how, when, where and who should be targeted for a specific advertisement. With location analytics, the industry can build audiences explicitly targeting a compliant cannabis consumer like never before, while removing the risk of reaching an underage audience. By utilizing the technology, it will allow cannabis companies to have a public voice.

With tech giants currently treading lightly and shying away from cannabis, smaller ad-tech companies have the opportunity to fill the void and offer mainstream advertising to an industry that previously did not have the ability to reach their audiences.

Whether it is government regulations or the unfortunate stigma that comes with cannabis, power players, such as Google and Facebook, will likely let the dust settle before allowing cannabis to advertise on their platforms. As a result, there is an evident void in cannabis advertising that has allowed a select few advertising platforms to welcome these companies with open arms.

But beware of the “snake oil salesmen.” Companies should do their homework before spending advertising dollars with any agency or platform. Educate yourself, look to see if they have references and with whom they are currently working.

Just as you cannot put toothpaste back in the tube, you cannot derail the cannabis legalization train. The continually emerging cannabis space is fresh with new ideas and driven individuals and is definitely here to stay. Now is the time for a cannabis company to advertise and differentiate themselves in an ever-growing market. The lack of resources will only hinder growth and affect both the U.S. and Canadian economies. While Google and Facebook aren’t so high on cannabis, there are other ad-tech players that are.