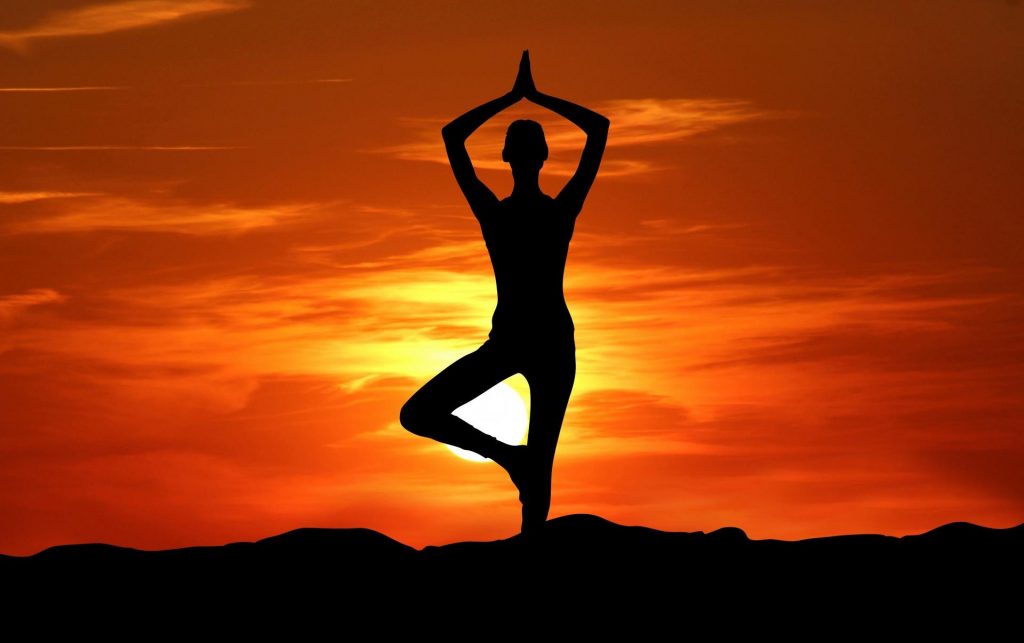 On Nov. 20, 2015, the Ottawa Sun reported that a free yoga class for students, organized by the University of Ottawa’s Centre for Students with Disabilities since 2008, had been discontinued due to student concerns about “cultural issues.” The decision to cancel the program — which was taught by a young Caucasian woman named Jennifer Scharfe — is reportedly the subject of continuing discussion within student government. In the meantime, the decision has inspired much news coverage and debate on social media.

The controversy comes at a sensitive time for institutions of higher education in North America. As many readers are no doubt aware, a wave of student protests demanding heightened attention to structural racism have been sweeping across campuses over the past several weeks. This is not the venue in which to debate the larger issue of racial justice vs. free speech on campus; however, I think that a historian’s perspective might add something to the conversation about yoga at the University of Ottawa, and on cultural appropriation more generally.

While I am not a historian of yoga per se, my academic research focuses on the crosscultural exchange of Buddhist ideas about health globally, and I specifically focus a great amount of attention on the many acts of appropriation that have accompanied this 2200-year-old historical process. (Full disclosure: in addition to my academic research, I am also a practitioner of several Asian traditions, including both Buddhism and yoga.) My approach to analyzing such instances in various historical periods, in a nutshell, is to try to make connections between broader sociopolitical contexts on the one hand, and the ways that individual people selectively deploy culture to make meaning in their daily lives on the other. The current controversy is a great case study for integrating these different levels of analysis.

The debate at Ottawa pits against one another two opposing interpretations of what yoga is all about. On the one hand, a spokesperson for the university’s Centre for Students with Disabilities framed the cancelled yoga classes as an example of neo-colonialism. A statement quoted in the Sun explains that since many cultures “have experienced oppression, cultural genocide and diasporas due to colonialism and western supremacy … we need to be mindful of this and how we express ourselves while practising yoga.” This perspective interprets the word “yoga” as referring to a cluster of beliefs, practices, and orientations associated with Indian religion. The evidence of yoga’s importance in contemporary Hinduism and in such ancient and medieval texts as the Bhagavad Gita, the Yoga Sutra of Patañjali, and the Yoga Upanishads (see Geoffrey Samuel‘s history of yoga) is incontrovertible.

When interpreted exclusively through this lens, the campus yoga class might indeed appear to be legitimizing neo-colonialism and therefore to be problematic. However, Scharfe’s responses to her critics clearly indicate that her interpretation of yoga has little to do with Hinduism. “I’m not pretending to be some enlightened yogi master, and the point (of the program) isn’t to educate people on the finer points of the ancient yogi scripture,” the Sunquotes her as saying. “The point is to get people to have higher physical awareness for their own physical health and enjoyment.” In an interview with the Washington Post a few days later, she disavowed any specific religion or spirituality altogether, saying, “I would never want anyone to think I was making some sort of spiritual claim other than the pure joy of being human that belongs to everyone free of religion.” Seeing the controversy exclusively from this second perspective, some commentators have written off the events in Ottawa as symptomatic of an overreaction, an “epidemic of censure” that prevents free speech and choice on campus and that stultifies contemporary college life.

So long as this debate is framed as a conflict between neo-colonialism and freedom of speech, mutual misunderstanding is guaranteed. Fortunately, examining the history of yoga can help us to better understand the two positions in this debate. Specifically, we need to ask the question: how has yoga gone from being a core part of Hindu religion to a secular physical practice on a North American campus?

Here, some recent books about the history of modern yoga can be quite helpful. The scholar of Indian religion David Gordon White has shown that during much of British colonial rule in India, yogis were ridiculed by British and elite Indians alike as superstitious and backwards, and feared as politically subversive. Recent books by Mark Singleton and Elizabeth De Michelis have demonstrated that the “modern postural yoga” that arose after this period of suppression was quite a different entity, with little connection to Tantric and religious precedents from the ancient and medieval periods. This modern yoga arose via late-19th- and early-20th-century interactions between the Theosophical Society, the YMCA, weight-lifters, swami-celebrities, and a host of Indian and European promoters. This yoga, they demonstrate, was explicitly designed for transnational consumption.

Although Hindu religious concepts were highlighted by some of these modern proponents — particularly by those that thought Orientalist images of the “mystical East” would appeal to Western adherents — modern postural yoga has since the late 19th century often been characterized by Indians and non-Indians alike as a secular fitness practice. It appears that it is this variety of yoga that was being taught at Ottawa. At least as far as we can judge from published quotes, for Scharfe, the word “yoga” refers not to a religious tradition but to one among many contemporary practices that can be pursued in the interests of wellbeing and happiness. In addition to yoga, this contemporary repertoire includes a range of other ostensibly Asian practices (such as tai-chi, martial arts, meditation, etc.), as well as countless others that are not particularly Asian in origin or connotation (counseling, life-coaching, jogging, art therapy, etc.).

To Scharfe and her students faced with this range of options for wellness, yoga may have seemed like a particularly attractive option. Indeed, one might argue that they have been coerced into thinking so. As Andrea Jain‘s recent book has highlighted, modern yoga has for decades been fully complicit in modern consumer culture. It is now a multi-billion-dollar industry with a powerful marketing machine. Its appeal has been enhanced by yoga’s increasing medicalization over the late 20th and 21st centuries — to the extent that there are now about 600 articles with “yoga” in their title listed in PubMed, a major online repository of scientific research. These health benefits have widely been touted in popular media such as Yoga Journal, and are now a part of the conventional self-help wisdom of mainstream North American popular culture. In fact, yoga is now practiced by 10% of the adult population in the US. From this perspective, their appearance at campus wellness centers such as at the University of Ottawa should be uncontroversial.

The history of modern yoga is too complex to get into any further detail here, and I highly recommend anyone interested in the current controversy to read Samuel, White, Singleton, De Michelis, and Jain’s books. My purpose in this post is not to try to settle the controversy definitively, but rather to point out the importance of analyzing the contending positions from a historical standpoint, and to encourage each reader to learn more about the history of yoga before they decide where they stand on the issue.

Is practicing modern yoga an objectionable form of cultural appropriation? The question is certainly more complicated than simple neo-colonialism vs. the freedom to choose a personal wellness practice. Neither a knee-jerk decision to cancel the class nor the casual dismissal of the critique is the right approach to take toward this issue — especially not on a university campus. Further research and analysis (in other words, an informed, sober, academic discussion) is what the students at the University of Ottawa should be engaged in as they move forward with their deliberations. This is also precisely the kind of thoughtfulness that each of us should bring to the table when we ourselves engage in yoga classes and other complex transnational aspects of our lived experience in the contemporary globalized world.