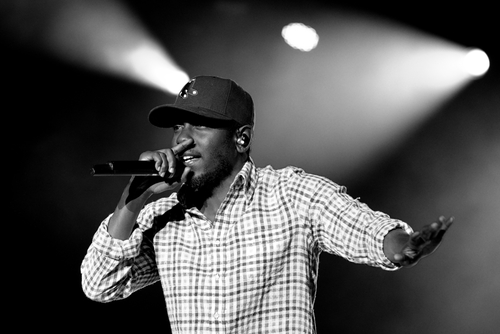 Here’s how to build your brand like the iconic hip-hop star.

He’s won 119 awards from 288 nominations, including 12 Grammy Awards. He was the first rapper to win a Pulitzer Prize (for his 2017 album DAMN.), which has always gone to a classical or jazz artist. And he’s taken home a Cannes Lion and three Clios for his music videos. But, for Kendrick Lamar, the passion he puts into his music has never been for the acknowledgment. The shrewd businessman has captured widespread acclaim — and, more importantly, respect and admiration — by taking calculated steps to establish his brand from the ground-up. He hasn’t left anything to chance.

Others looking to put their brand on the map would be wise to borrow these next-level marketing lessons from the iconic hip-hop impresario:

When you’re first starting out, it’s easy to be swayed by public opinion. Whether you’re an artist looking to break into the music scene or an entrepreneur hoping to get your business off the ground, you’re bound to seek the advice of those in the know. Hear what they have to say, but don’t allow their thoughts to steer you away from being true to yourself.

If Lamar is anything, it’s authentic. He writes (and raps) about poverty, violence and corruption — the very things he experienced on the streets of Compton. Brands need to be equally steadfast, eschewing the desire to be all things to all people and focusing instead on that which sets them apart from the sea of sameness. Take, for example, Levi’s, which has built its 165-year-old brand on a platform of authenticity. Its promise of selling durable denim enabled the brand to become the clothing of choice among the working class and, ultimately, sub-cultures of young people throughout the decades.

Everybody tends to get into a groove and stick with it. This can be a recipe for failure. Artists who take risks, constantly reinvent themselves (Lady Gaga learned this from Madonna) and challenge themselves to do it differently each outing (Prince subscribed to this approach), are the ones who keep fans engaged and carve out staying power.

In 2016, when Lamar released the surprise album untitled unmastered on iTunes and streaming platforms, he sold more than 178,000 copies the first week. While there’s nothing new about surprise albums, Lamar’s was unique in that it was comprised of raw material that didn’t make his preceding No. 1 album, To Pimp A Butterfly.

Entrepreneurs would likely never push an “unfinished” product into the consumer marketplace, but the lesson to be learned here is to be brave, challenge convention, and innovate. Just consider Blockbuster, which failed to innovate as upstart Netflixshipped DVDs to consumers’ homes. By resting on its laurels, Blockbuster dug its own grave, allowing Netflix to become the nearly $12 billion company it is today.

Despite all of his success, Lamar remains humble and true to his origins. This quality of never forgetting where he came from and maintaining that genuine voice of the people is, in large part, what keeps him on top. And he encourages others to do the same in his popular song, “Be Humble.” Entrepreneurs who taste success should keep this to heart, for the minute they lose touch with where they came from and allow ego to take over, they will lose the audience that fell in love with their product or service to begin with.

In his song “Cut You Off (To Grow Closer),” Lamar professes, “If I speak the good into existence, that instant my dreams will unlock.” He recognized early on the power of karma and that what you put out in the world comes back to you. From his support of the Black Lives Matter movement and condemnation of racial violence (which his 2018 Grammys performance spotlighted) to donating hundreds of thousands of dollars to Compton’s school programs to participating in the Global Citizen movement, aimed at ending extreme poverty by 2030, Lamar’s altruism reaches far and wide. And it has had great impact on people’s impressions of the man, not just his music. In the marketing world, you’d consider them brand fans. Companies like Toms Shoes and Warby Parkerhave shown that good business doesn’t have to just be about the bottom line. And, like Lamar, they have received respect and admiration in return.

Lamar burst onto the music scene in 2010. In just eight short years, he has reached the pinnacle of his profession through a combination of authenticity, innovation, humility and philanthropy … and he shows no signs of stopping there. While entrepreneurs may be singing a different tune, following the same principles can put them on a similar path to greatness.