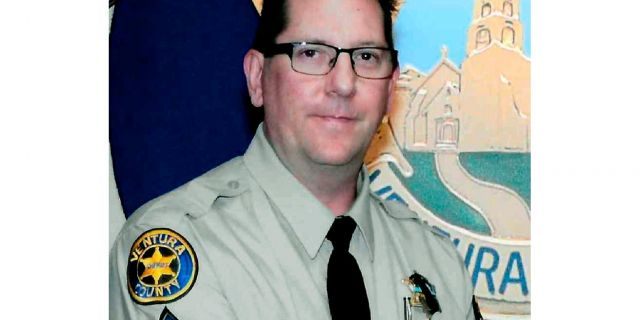 A police officer who talked to his wife just before rushing into the bar to save lives and a 22-year-old set to join the Army were among the people killed inside a popular California bar Wednesday night.

At least 12 people were killed when a gunman walked into Borderline Bar & Grill in Thousand Oaks, California, threw smoke bombs and opened fire. The gunman, identified as a Marine veteran, was also found dead.

In addition to the dead, one other person was wounded by gunfire, and as many as 15 others suffered minor injuries from jumping out of second-floor windows or diving under tables, authorities said.

The attack on the bar – a college favorite that was hosting a country music event – was the nation’s deadliest shooting since 17 students and teachers were killed at a Parkland, Florida, high school nine months ago. It also came less than two weeks after a gunman massacred 11 people at a synagogue in Pittsburgh.

Read on for a look at those who lost their lives in the horrific attack.

Before Ventura County Sheriff Ron Helus rushed into the bar, he called his wife.

Helus, a veteran of 29 years, and a patrolman entered the bar after hearing gunshots. When they went through the front door, Helus was struck multiple times by gunfire. The patrolman rescued Helus from the line of gunfire and he was taken to a local hospital, where he died early Thursday.

He is survived by his wife and son.

“Ron was a hardworking, dedicated sheriff sergeant,” Dean said while holding back tears. “He was totally committed. He gave his all. And tonight, as I told his wife, he died a hero because he went in to save lives. To save other people.”

“He probably should have retired a couple years ago, he could have, but he stayed on because he loved the fight,” Novak said. “He loved helping people, he loved protecting people. He did exactly that tonight.”

Cody Coffman had plans to join the Army, his father, Jason, told reporters Thursday. The 22-year-old was among those killed inside the bar, Jason confirmed.

An older brother, Cody Coffman was looking forward to the birth of a younger sister later this month, Jason said.

“I’ve been here fighting for him all morning long, and we did just get the news that he was one of [those] killed last night. His name was Cody Coffman, my first-born son,” an emotional Jason said.

The niece of actress Tamera Mowry-Housley and former Fox News correspondent Adam Housley was killed in the shooting. Alaina Housley was an 18-year-old freshman at Pepperdine University, a private Christian college.

“Our hearts are broken,” the couple said in a joint statement. “We just learned that our niece Alaina was one of the victims of last night’s shooting at Borderline bar in Thousand Oaks. Alaina was an incredible young woman with so much life ahead of her and we are devastated that her life was cut short in this manner. We thank everyone for your prayers and ask for privacy at this time.”

The 23-year-old “heroically saved lives” during the shooting before his death, the school said. He cared for children with special needs, performed as a singer and worked at the Borderline bar.

“Parents just adored him. He was able to bond with their kids,” she said. “He was just an all-around guy.”

Danielle Gallo, who also works at the family-run organization, said he was dedicated to the kids he worked with.

“You could tell he really had a heart for what he did,” she said.

Meek played water polo for Cal Lutheran and had planned to go to San Diego this coming weekend for the retirement party of his dad, a Navy SEAL.

Telemachus Orfanos, a Navy veteran, was among those killed in the shooting, according to his mother.

Susan Schmidt-Orfanos doesn’t “want prayers” or “thoughts” but simply gun control legislation, she said, according to The Associated Press.

“Here are my words: I want gun control,” Schmidt-Orfanos said after finding out about her 27-year-old son’s death.

She urged lawmakers on Capitol Hill to “pass gun control so no one else has a child that doesn’t come home.”

A relative of 21-year-old Noel Sparks, who was a frequent visitor at the Borderline Bar & Grill where the shooting occurred, said her family is “in shock” following word of her death.

Authorities notified Spark’s father that his daughter was among those killed in the violence, Patricia Sparks, her aunt, told The Associated Press.

Sparks was an “all-around good girl,” her aunt said.

“She was the kind of girl that if you had friends, you’d want them to marry her,” she continued.

Sparks helped out with children’s programs at the Calvary Community Church in Westlake Village, where she had a part-time job, the Rev. Shawn Thornton told The Associated Press.

“She loved kids,” Thornton said. “We had a lot of parents show up today to say, ‘She made my child feel important and that they mattered.'”

Friends of Sean Adler described the 48-year-old security guard at Borderline as a “passionate person” with “a very, very big personality.”

Adler, a married father of two, was killed while doing something he cared about – protecting people, his friend, Debbie Allen, said.

Aside from his job, Adler also loved coffee. So much so that he decided to open Rivalry Roasters, his very own coffee shop, according to friend Phil Englander.

“He was just the most passionate person about coffee you would ever want to meet,” Englander said, adding that his friend had an “energetic personality.”

Englander paid his friend a visit at the coffee shop on Wednesday and then “woke up this morning to tragedy,” he said.

Dan Manrique was a 33-year-old Marine Corps veteran who lived a life of service to other veterans, according to Team RWB, a nonprofit group with the same mission.

“Dan’s life was dedicated to serving others, during his military career and beyond,” said John Pinter, executive director of Team RWB. “We offer our deepest condolences to the Manrique family and ask that our Eagles around the world join us in keeping all those impacted by this tragedy in your thoughts and prayers.”

Manrique served with the 2nd Combat Engineer Battalion, 2nd Marine Division, as a radio operator and was deployed to the Middle East in 2007 with the 26th Marine Expeditionary Unit, according to Team RWB.