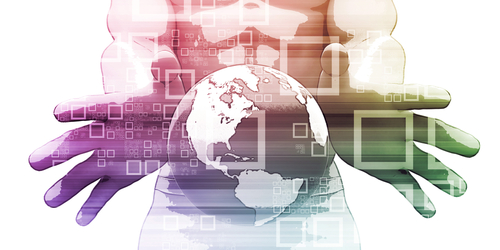 2018 was an undeniably tough year for crypto — whichever way you slice and dice it, the industry as a whole felt it. Whether you’ve been dabbling in BTC for years or bought your first stash of Satoshi in late 2017, the last 12 months have been a challenging period. That said, the visionary vibe of this Maltese Summit was a stark contrast to a glum past year.

No longer were people fixated on price and Bitcoin Futures contracts, instead, the focus was on building future-proofed projects, sustainable development and working with, not against regulators — leaving even the cynics giddy with optimism for the future.

The Coinweb team landed in Malta on Hallows Eve. No ghosting here. Over 8,500 crypto enthusiasts occupied over three floors of the Intercontinental Hotel, resulting in one of the industries largest and best-attended events to date. Amongst the hectic schedule of meetings, talks, pitches, hackathons, bar crawls and interviews, there was barely a minute to breath Maltese sea air.

Being the world’s first ‘crypto friendly’ jurisdiction, the conference attracted a plethora of legal and financial advisory firms all hoping to provide services atop the newly formed regulatory haven. The usual ICO consultancy and listing services showed face, however there was a notably larger presence of Exchanges and OTC providers, making the conference appear more corporate than previous events; indicators that the industry is moreover maturing.

Crypto ‘celebrities’ like John McAfee and the Winklevoss Twins were spotted on the island, physically embodying the attention being paid to Malta by the industry elites.

Between the countless panels and speaking events, the ICO Pitch competition was high on the summit agenda. Each conference day, projects were showcased and then scrutinised by a panel of judges including Scott Stornettaand Charles Hoskinson, with $25,000 cheques being written to the winners like Rise, AE Token, Tatua and GoMama, all ones to watch.

STO projects, like GoMama, have been gaining significant traction and going forward they seem to be a crucial part of fundraising within the space.

The Malta Stock Exchange’s (MSX) fintech arm partnered with Neufund back in July of this year, and together look to supply projects a platform under which they are able to issue and trade tokenised Securities. The disruption that this will cause to existing fundraising models such as the ICO is yet to be seen, however the implementation of STO’s seeks to bring investor protection and increased security when interacting with digital assets which is, on balance, a necessary and positive step. Over the course of the event, we were all reminded of the efforts being exerted by so many projects in so many ways, pushing hard achieve the same goal; elevating this industry and technology to the next level.

Coincidentally, the Virtual Financial Assets Act (VFAA) came into force on 1st November, day one of the conference. A notable day all round, as it forged a legitimate regulatory foothold for digital assets in a respectable jurisdiction. If the VFAA was not enough, the Prime Minister of Malta himself Joseph Muscat, informed the summit of his aims;

‘to see the sector grow in volume, but also finding new ways technology can improve the lives of people’

With forward-thinking, technologically embracing policymakers, the future looks bright, not only on this Mediterranean island but for pioneers of this space everywhere.

Having been to and experienced Malta and the summit first hand, we see so much future potential the industry and a country playing host to its development. The industry and island determinism is truly beginning to show, with a lot being done to undo the stigma that has been, probably fairly, surrounding Blockchain and Crypto for the last 12 months. Hard work is being undertaken by developers, journalists, politicians, communities and countless others, in order to ensure that the benefits of blockchain can be delivered to areas and individuals where it is needed the most. The Malta Blockchain Summit was a credit to the organisers, but more importantly to the industry and vibrant community. Here’s to 2019!