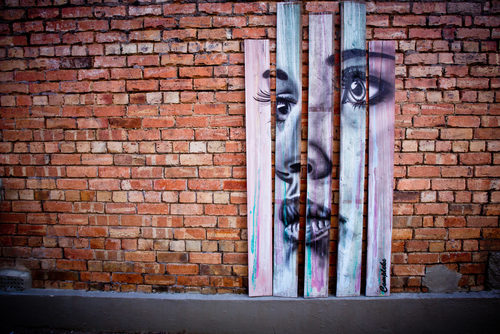 Designing the Culture of Tomorrow

Technology and culture exist within a constant state of intertwined expansion. It’s easy to forget that the first iPhone was released in 2007, a mere eleven years ago. Today approximately three billion people [1] use smartphones, about 39% of our total population. Each one of these devices providing access to much of the world’s full information. Numerous social [2], economic [3], and political [4] revolutions have developed due to the increased connectivity and access to each other. These technological advancements deepen our empathy and understanding of one another, facilitating cultural innovation at a more rapid pace than ever before.

Still, much of what happened has failed to reach its fullest potential. Our culture is deliberately manipulated in the interests of profits and political power. Consumerism is depressing us [5], and we’re witnessing a global resurgence of desperate classes choosing fascism fueled by programmed anxiety and fear of the future. Seemingly more divided than ever, I question if we are grasping the depth of the opportunities at hand. Are we destined to sleepwalk through our cultural awakening or can we reshape ourselves by restructuring our institutions?

Depending on the person reading technology can be perceived as many things. Some people would recall computers, electronics, and other modern devices. Others might think of manual objects, such as saws, hammers, and ladders. Some would argue that technology is anything with a purpose, which leaves a vast space for the imagination.

For our argument, we will define technology as any tool that we can use. With this understanding, we can imagine the scenario where our evolutionary ancestor first picked up a stick to reach a piece of fruit. This seemingly inconspicuous act created a fundamental shift of who we are and how we interact with the world around us. The understanding that, through our creativity and action, the universe was ours to shape forever changed what we could call the human experience.

The prevailing ethos of a society correlates to the level of technological ascendency it has reached. History contains many examples of new technologies reshaping the organization of the world and the human lives within it.

We can compare the concept of punishment in present society to that of those living during the Medieval period as an example. Slaughter was an unavoidable reality for many people in Medieval societies. Compared to today significantly more individuals were butchering their livestock [6] for consumption than in the present time. This consistent experience of killing animals likely had a desensitizing effect on the populace and may have contributed to the tolerance of public executions and punishments. Public torture and execution were a spectacle under the guise of justice. [7] Often the legal sentence also served as a political ritual as well, demonstrating a message to others within the society about the severity of the law.

In Michel Foucault’s Discipline and Punish: The Birth of the Prison [8] he argues that public executions had unintended consequences. Torture could generate sympathy for the accused and in turn fuel resentment towards the state. This example provides us insight that humanity had the capacity for deep empathy at the time but lacked the proper technology to facilitate a fundamental cultural shift in what was considered acceptable punishment by the state. But technology evolved and so did we. No present modern society subscribing to the westernized values of freedom would accept public torture as a form of entertainment.

Another example would be Industrial farming technologies. They remove the experience of butchering live animals to provide the meat many of us eat. In doing so, our culture shifted. With the decrease in the common practice of animal slaughter, it’s significantly easier to forget about the process of mass producing meat. Food Inc. and other documentaries like it can profoundly impact people because it exposes the practice beyond the blindness technology provided us. Mass communication technologies have deepened our access to the truth and in doing so have changed the direction of sections of our population. We can observe this in action by reviewing the available data on the increase in vegetarianism around the world. [9]

Philosophically we have to decide what we want to be. We have not collectively overcome our empathy deficit, but we have advanced our understanding of what is and is not permissible within a free society. In the process shifting further towards a genuine understanding of the sanctity of human life. This change, I argue, will continue in step with our technological ascendancy.

We live in an age of political and cultural uncertainty. Technology does not suffer from this burden as progress is accelerating at an exponential rate. [10] Technology and culture feed off of one another as each introduces new problems to be solved while simultaneously shifting our understanding of the world around us. We know cultural malleability is real as the for-profit entertainment interests have driven our culture for decades. Armed with this understanding, we can conceptualize culture from a top-down approach, asking ourselves what type of values we would collectively want to share and what types of solutions would need to be developed to accelerate the manifestation this change.

Staying aligned with our examples of punishment we can observe present-day examples in Norway. Norway boasts an imprisonment rate of about one-tenth of the United States. Even more impressive, they have one of the lowest recidivism rates in the world at only 20%. Compare that to the United States where 76.6% of prisoners re-enter the penal system upon release. [11] It’s clear that Norway has chosen a different cultural value for members of its society and implemented research, technology, and practice to produce results that shame our efforts here in the United States.

Politically this would mean a reformation of how we incentivize progress within our institutional arrangements. A proactive approach for creating technologies and solutions to drive cultural shifts conflicts with a profit-driven incentivization of culture. Many of us can relate to the addictiveness of social media platforms, and it’s no surprise as they are designed that way. [12] Multiple platforms squander the opportunity to add real value to our lives so they can bombard us with advertisements, reducing their overall effectiveness. Therefore we’re going to have to empower organizations undertaking these challenges to operate in new ways, unrestricted by the contemporary dogmatic worship of profit-driven results.

An example of how we could facilitate these projects would be to define a new set of laws specifically for these culture drivers. We would want to create a deeper level of cooperation between firms and government to produce desired outcomes. These could be implemented by extending access to investment funding in the form of tax dollars and by opening up the most advanced technologies to these firms.

In exchange for this public support returns recognized from the project would be socialized. We could structure the societal benefits of these firms in numerous ways. One would be that the firms could operate under a non-profit co-operative model, ensuring that the products they were developing can be acquired at a low consumer cost.

Alternatively, if the organizations are working with emerging technologies profits could be driven to institutionalize the most successful firms, implementing a model where the best organizations become the best schools, open to anyone looking to transform their role in the world. Revisiting our focus of punishment and Norway’s prison reform; the solutions already exist so we could focus more on the human capital aspects, funding a team of experts to force implementation of the Norwegian methods within the American penal system.

If our goal is to shift our culture towards the pluralistic vision of an innovative and experimental society, then we must recognize that everything is subject to change. By extending access to the necessary resources for people working towards the collectively determined cultural goals we provide ourselves with more agency in developing the direction of humanity.

Transformation is possible today. It begins by understanding the impact of technology is having on us as a culture and shifts direction when we decide to take a more proactive approach in the direction of both. In undertaking this task we rely on the most valuable resource we have, human ingenuity, to develop the solutions to help us be better people. It’s a bet on our shared potential to change the world. An investment that has been proven throughout history to be a worthy undertaking.