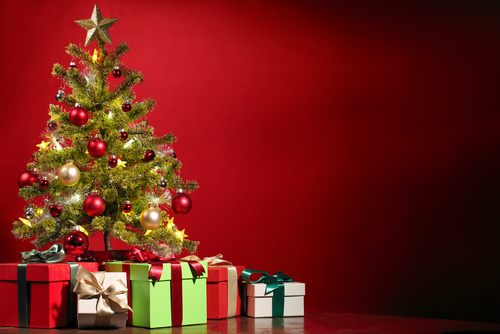 1 in 3 Americans get ‘festive burnout’ before Christmas ever comes, study finds

One in three Americans is set to endure ‘Festive Burnout’ before December 25th, according to new research.

A study examining the impacts of festive stress saw a third of respondents (35 percent) say they’re burnt out on the holiday season BEFORE Christmas even comes.

The fascinating new statistic emerged in a study of 2,000 Americans, which also revealed that 68 percent of Americans also consider the holiday season, that special time including Thanksgiving, Hanukkah, and Christmas, to be a “stressful” time.

The new survey, conducted by Slumber Cloud, also found that the average American will spend 38 hours — nearly two full days — getting ready or preparing for the holiday season in some fashion.

The biggest chunk of that time is spent shopping, which takes up a little more than 13 hours of the average American’s time, whether it be picking out the perfect gift for a loved one or simply getting food for cooking.

And speaking of cooking, the average American will spend nine hours and 17 minutes in the kitchen cooking up grub, as well, over the holiday season — clocking in over a day of full-time work. Another nine hours are spent planning for the holidays, with an additional seven hours devoted to simply decorating.

According to the results, festive burnout will set in for 36 percent of Americans before mid-December, with a further 17 percent saying it sets in before December even starts.

Crowds and shopping were the biggest contributors to festive burnout, with long lines and constantly hearing holiday music also receiving high marks. Continually being subjected to holiday TV ads is also enough to burn out 36 percent of Americans.

The festive burnout was shown to have a profound effect on our sleeping habits, with 57 percent saying they sacrifice sleep over the holiday season. In fact, according to the results, Americans lose an hour of sleep every night on average.

“Losing an hour of sleep at night is not sustainable, especially during the high-stress holiday season,” says Willy Madison, a sleep enthusiast at Slumber Cloud. “That’s why it’s so important to create a bedroom environment designed to keep you from tossing and turning at night and instead enjoying the limited time you do have set aside actually sleeping.”

Over half of Americans (56 percent) also admit to wanting to take a break from the holidays while they’re in full swing, with the average American saying they feel they need a break ten times throughout the season.

If the festive burnout is real for you, the study also went on to find some popular ways people try to remedy it. A world-famous nap was the most popular solution. Fifty-one percent of respondents consider it a go-to remedy, with Americans fitting in four on average during the season.

Relaxing in your bedroom away from all the festivities was another high-scorer (45 percent), along with listening to music (41 percent) and just taking a walk (39 percent).

Knowing what gifts to buy people 46%

Relaxing in my bedroom 45%

Getting out of the house 40%