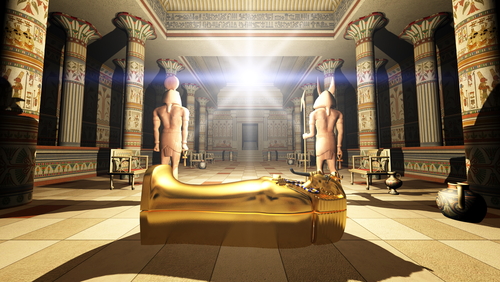 The treasures of an ancient Egyptian tomb, thought to be more than 3,500 years old, have been unveiled.

An archaeological mission, affiliated with France’s University of Strasbourg, made the discovery in the Assasseef valley near the city of Luxor.

Two sarcophagi, each containing a mummy, were found. All are in perfect condition.

The archaeological dig also discovered around 1,000 funerary statues at the site.

SCA secretary-general Mostafa Waziri said at a press conference on Saturday that the team made the find after working at the site since March.