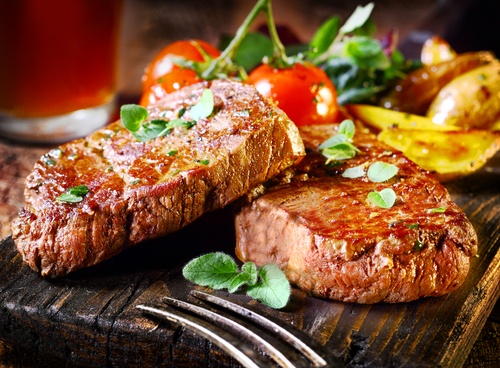 Food Can Bring Satisfaction, Or Colonization

While the food lover in me appreciates the influx of new restaurants, I am keenly aware of how these restaurants contribute to shifts in my neighborhood, specifically the displacement of Black communities.

Food is undoubtedly one of the most important things in my life. Aside from the fact that I am human and my survival depends on it, in some of my most profound memories I am surrounded by food ⎼ Thanksgiving dinners with both the traditional turkey and jollof rice; large, roundtable dim sum meals with college friends; or passionate family arguments over moussaka and horiatiki salad. Food is a powerful tool; it satisfies needs, cultivates experiences, and is most often shared with others.

I was born and raised in Portland, Oregon, the City of Roses and… food carts (not trademarked, yet true). By the time I was old enough to start “going out” with friends, the thing to do was find the new, up-and-coming food spot. We would go to the known “hip” areas, like the Alberta Arts District, Hawthorne Boulevard, or North Mississippi Avenue. There, we frivolously spent our few dollars, grabbed lunch followed by an afternoon snack, then hopped into a vintage shop or small boutique. Little did I know at the time that these blocks were products of drastic shifts that marginalized communities of color.

On one particular day in the spring quarter of my first year in college, I was sitting in my “Introduction to Sociology” professor described revitalization in urban neighborhoods that can lead to the displacement of those already there⎼most often poor, communities of color. Following her description, she introduced the word gentrification⎼the first time I honestly heard and understood the word. I realized this was the word for what I saw happening all over Portland. I became unshakably aware of the extreme transformations in my neighborhood and over my lifetime, realizing the difference between the Portland I knew versus the Portland my older brothers knew. With new eyes, I saw what happened and what was happening to Martin Luther King Boulevard, the street I grew up on. With new eyes, I recognized that my favorite go-to food spots were all in areas that underwent and are undergoing similar changes.

I remember coming home for winter break during my junior year of college and taking my father and stepmother to a French-inspired restaurant I had tended frequently in the past. As we were ordering our food, I watched my father inspect the building and the people dining alongside us, while repeatedly acknowledging his disbelief that a restaurant like this existed in this particular area, Alberta.

Food is a powerful tool; it satisfies needs, cultivates experiences, and is most often shared with others.

Alberta, known now as the Alberta Arts District, was a predominantly Black neighborhood in the mid-1900s. It was a poor neighborhood with neglected residential areas. In the 1960s, crime rates, vandalism, and looting increased as a product of racial discrimination. By the late 1980s, gang activity increased exponentially. Grassroots organizations swooped in to save the neighborhood, providing low income housing for residents and inviting in new businesses and art spaces. The revitalization was pivotal for the community, in more ways than one — soon, longtime residents could not afford the rising housing prices, and several were approached to sell their homes. And, thus began the change of the Alberta district to how we see it today.

As I watched my dad nibble at the calamars fris and happily finish his chicken cordon bleu, I felt conflicted. On the one hand, I loved this restaurant, and it seemed that my father appreciated the food too, yet it may never have existed in the old Alberta. On the other, its existence represented the displacement of poor residents, and the centering of the desires of the typically white, yuppie transplants that had moved in. This restaurant likely didn’t have my family in mind when they thought about their clientele. But I went there all the same.

I’ve been having this experience all around the world. Recently, I visited Deptford, South East London, a district within the London Borough of Lewisham. Like Northeast Portland, this area is becoming a trendy arts and music hub. I was in the area for an Afrobeats-meets-Jazz show at a local vegan bar. Walking around, I saw vendors closing shop, families that looked like my own, and heard my mother tongue, Yoruba, spoken casually with myself not included in the conversation. These are extremely rare occasions in Portland and Seattle to say the least. With much time to spare before the show, I found a restaurant that looked familiar. It had the trademark, millennial chic aesthetic ⎯ a small room accented with white marble and wood, small tables pushed close together for an intimate feel, and no chairs, but benches and chic barstools. I sat down at the windowsill for a dinner of gnocchi accompanied by a glass of trendy orange wine and, of course, complementary bread. I sat, ate, and observed.

I realized that there was a lively Nigerian fast-food restaurant busy with customers across the street. The restaurant was like a phenomenon to me, having never seen an establishment of the sort in Portland and Seattle. The restaurant I was dining in soon began to fill, leaving me and the woman across from me as the only people of color there. Passing commuters would glance at the restaurant, look at me inquisitively, and then look up to check the name of the space. A particular man, I suppose intrigued by me, paused and began to act out eating motions, pointing at my food and giving me a suggestive thumbs up. Still stunned by this non-verbal conversation and attempting to fully grasp what he was saying, the man took this as an opportunity to come into the restaurant and speak to me. I listened as carefully as I could through his thick Caribbean accent, as he chatted with me about his inexperience with Italian food. At the corner of my eye, I saw the waitress make a beeline towards him, anticipating escorting the man out. Still expressing, and almost hitting her in the face with his hand motions, he said goodbye, leaving me with the phrase, “Rasta, Pasta.” After this, I knew I had to leave. It wasn’t the man that troubled me, or the waitress rattled by his presence. It was my familiarity with every moving part.

This restaurant likely didn’t have my family in mind when they thought about their clientele. But I went there all the same.

As cities continue to grow rapidly, re-develop their identity, and invest in the “revitalization” of supposedly dismissable areas, gentrification feels more and more inevitable. Though, gentrification does not have to mean colonization. In an article with The Root, restaurant owner Preeti Mistry in Oakland, California, admits she is a part of the gentrification, but is not the colonizer. She ensures that she does not disregard the people in the community present before her. The colonizer strips identity, creates boundaries, disregards ancestry, and separates themselves from the people who they took from. So, are my favorite restaurants colonizers or gentrifiers?

As I ponder this question myself, I am stumped with deciphering what the appropriate actions are for me and my fellow foodies. In Deptford, I recognized the disconnect between the restaurant and its environment. They were across the street from each other, but existed worlds away. I do believe that it is important to be actively conscious in the businesses we invest in, aware of the owner, the work they do beyond the menu or services provided, and their impact in the community. Yet, the businesses doing great work can still be a part of the impending gentrification or even the colonization of the area.

I think it is imperative that while our palates thrive, we remain aware of the impact of the dish, beyond what we taste, and hold restaurants accountable to their position in the community. An awareness in food is also understanding how it is being used as a tool ⎼ a tool either to destroy or to cultivate from what has already been built, maintaining tradition and preserving culture. New restaurants can still work to serve the whole community, not just yuppie white transplants. I want to be sure the integrity of the community is preserved when I enjoy my next glass of orange wine.